From Uncyclopedia, the content-free encyclopedia
(Redirected from Republicans)
Jump to navigation Jump to search

The new seal proposed for the 2012 elections.

For those without comedic tastes, the so-called experts at Wikipedia think they have an article about Republican Party.

The Republican Party also evangelically called the GOP (for "God/Guns and Oil Party"), is a division of Halliburton and a subsidiary of the Federalist Society[1] of the United States. It was founded in 1854 with the goal of boosting the sales of Israeli flag lapel pins and magnets. Despite receiving a good ol' Texas 'thumpin', it is one of the largest misanthropic organizations in the world.

Since 2016 the party has been lead by Donald Trump. It now stands for supporting the KGB and bombing the FBI.

The Republican Party was founded by Our Lord and Savior Jesus Christ, well-known for His free-market, pro-gun, anti-abortion (so you can shoot the sheriff when he comes and arrests you for abortion), anti-tax, anti-poor, anti-whore, anti-Liberal stance. 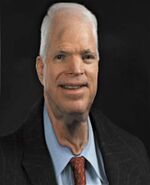 The Republicans later took over control of the Roman Empire 500 years later, which led to a thousand years of unprecedented peace and prosperity. The sun never set on the Roman Empire, from their Australian Koala mines, to their Asian chicks farms in exotic Taiwan.

In the early 1900s, George Washington re-established Republican values by drive-by killing Queen Victoria and her queer son, Jack the Ripper, consequently causing the death of millions of Native Americans from sheer fright. Thus, America was founded, under the unfailing leadership of Republican might, except for eight years, when women were required by law to sexually satisfy the deviant pleasures of their corrupt leader, Ben Shapiro.

Decline in the mostly real future

(This part of the article is more serious and mostly in the future as of writing because I am a more serious and slightly less silly Uncyclopedia user.) Around the year 2016, the public slowly starts to realize the horrors of the Republicans after the rapists Donald Trump and Brett Kavanaugh, the Republican Party begins its slow and painful decline. This decline has been triggered by the illegitimate election of Donald Trump. In 2018, Brian Kemp, a Republican, stopped some people (African Americans) from voting against Stacey Abrams, a Democrat running against him by using dirty tricks. In 2028, the Republicans have an electoral checkmate when their candidate, Ben Shapiro, loses and gets 39% of the popular vote and 41% of the electoral vote. 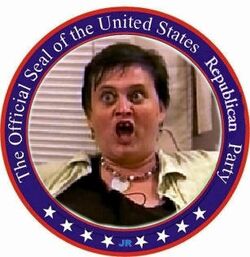 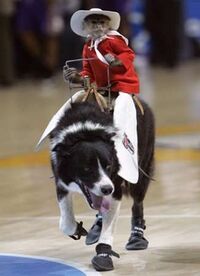 Republicans are the most loyal to their own of any political party out there. Even if you raped over 9000 boys, you would still be applauded by the National Committee for your bravery in showing those 14 year-olds the hazards of being so goddamned sexy. Also Republicans do not believe in Science, Truth, Psychology, gravity, common sense, and free will, unlike their radical counter parts the Democrats.

A Portrait of the Republican Party 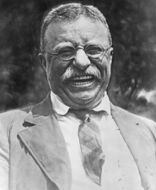 Teddy Roosevelt laughing at what America has become under Obama.

Unlike other politicians, Republicans require the money of the poor to survive. They have earned their fortune through hard work and pulling themselves up by the bootstraps, not marijuana and degeneracy. The Republican party is also known as the party of tax cuts and the ownership society.

Republicans are known for their devotion to and love for the United States. They believe in liberty and justice for most rights, but would like staunch homosexuals, liberals, abortionists, and feminists to quit shoving their SJW agenda down people's throats. Republicans generally spend their time saving countries from filthy Mudslimes, dangerous minorities, and towel-wearing terrorists.

Additionally, Republicans are known for a psychotic addiction to war and are the only party to support a president who thinks that Africa is a country, not a continent. Republicans often virulently vilify Senator Robert Byrd as a racist, but in another hand they have advocated the conservation and utilization of Robert Birds as an "all-American species".

Most Republicans live in the Southern United States. Typically, Republicans organize in units called "families", and attend church every week. It is not uncommon for Republican children to be raised on tales such as Sesame Street: Color Me Mine, Barney's Weather Book, and Billy's First Bible.

Republican daily life revolves around the office and church (a sort of heaven for them). The average Republican will usually wake up at 6:00 AM and report to work by 7:00, even if work starts at 8. This shows their diligent work ethic. On weekends, the Republican takes their family to church. At church, they speak in tongues, preach, handle snakes, and take part in occultist rituals and human sacrifice while the children are taught to forget everything they learned in science class. 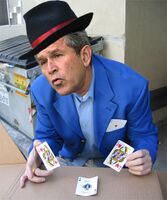 Gambling with our future is a regular activity of the typical Republican.

-Note if the brain-dead were allowed to become actually dead, people may suggest that Dumbya be euthanized.

The Republican Party reserves the right to invade other countries, using the resources of the US Government, and the United Nations (see pussy). Countries identified for invasion will be subject to an initial survey to identify oil, natural gas, precious metals, and any other known threats to the USA's security, such as more gay hookers to be hired.

Their intention is to sell the world, especially the world's poor, to the Devil and then the Rich and Republican politicians will be relaxing in paradise. Everyone else will live in the miserable world including the fools who fell for the Republicans. It is the dark side party of America.

The term "Republican" refers to a form of psychosis brought on by excessive bed wetting and sex with livestock and very hot bikini clad men who drive Chrysler 300s. The first known Republican was King Frou-frou the Impotent of Belgium (AD 1443-1465), best remembered for coining the phrase "Finger lickin' good". He was lynched by his subjects for failure to pay excessive library fines. 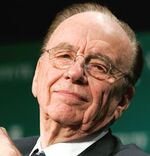 You must be this rich to benefit from the Republican Party.

The term "Republics" is used to refer to the culture of the Republican Party. This typically consists of middle-aged white males, who are known to thump Rush Limbaugh, and tune into the Bible on the local Clear Channel radio station at 12:00 Noon EST.

In recent times there has been a falling out of the term "Republican" to mean the Republican Party in the vernacular. It is more oft used in the form "That party was Republican." Used in the nominative adjectival... adjectivivial... to describe things, it is a party where B.Y.O.P. is included in the invitation. B.Y.O.W. is commonly understood to mean "Bring Your Own Whore", although it has been more common for there to be an exchange of prostitutes at a Republican Party. It has become fashionable to trade prostitutes for favors at Republican Parties. A vibrant culture of women exchange has evolved in recent years. Of particular interest is the "Hooker Exchange," wherein a hooker is left in the coat of the Republican, checked at the coat check, and exchanged by an exchange of the coats.

There's no Jewish conspiracy, it's all a BIGGER conspiracy of the filthy RICH, which courageous White Knight Rand Paul has infiltrated by posing as a scumbag. 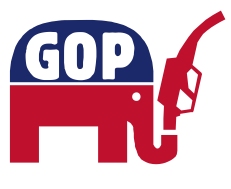 There are various conspiracy theories about the Republican Party's connection with an international oil cartel, the Illuminati, and the church of Beavis Christ. However, there is a much darker goal of the Republican Party that has been hidden in the name of the party itself: Re-pub-lican. 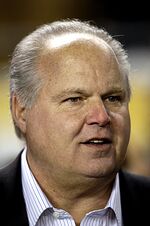 The name reveals a program of establishing a federally implemented, funded (although I don't know where the party of tax cuts is going to come up with the money) and administrated Liquor Control Administration Network, known as the LICAN. The Republicans are modeling this network after Canada's Liquor Control Board of Ontario. The sale of liquor would be nationalized under this program, and only government run pubs would be able to sell alcohol. The first phase of the program is a temporary prohibition during which bars, pubs, and liquor stores would be shut down. The second phase, known as the re-pub phase will be the establishment of government run pubs and bars.

How it fits into a plan for a permanent Republican majority

Similar to the movie Strange Brew, the Republicans are secretly planning a mind control program through the sale of really cheap beer (only $1.79 for a can, $3 for a forty and $3.99 for a 6-pack!). Yes, this is part of Karl Rove's and Tom Delay's plan for a permanent republican majority. The LICAN, after courting several cheap beer companies such as Coors and Budweiser, has chosen Pabst Smears Blue Ribbon to be the national beer.

Many Democrats, who have been privy to the secret funding or the LICAN, have expressed outrage. The most outspoken of these has been Massachusetts Senator Ted Kennedy, who has said: "No one with any taste whatsoever, would drink that garbage. Real men drink Guinness and Stolichnaya." 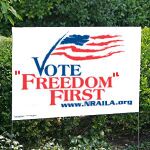 "Freedom" is the word that Republicans use when they run out of ideas. For example, the war to liberate Iraqistan is now a clusterfuck. So, instead of talking about WMDs the GOP talks about freedom. Also, "Freedom" is a battle cry for republicans everywhere, even if they believe that women should wear burkas.

As you can see freedom is for fetuses and "freedom" is what you get when you are born. To see what I mean, click on this graph.

This is odd, since freedom contradicts all the things the GOP supports. For example, freedom means gay people can marry. It also means women want to "choose" while pregnant out of wedlock. It means that black people shouldn't have to pick cotton. It means that Mexicans should be free to cross a river and get a job. It also kind of assumes that Arabs want freedom, which is a bit like saying that dogs love piano recitals. Everyone knows that Arabs only want "freedom". So I guess Republicans are half-right.

However, the GOP objects for the freedom for gays to be "out of the closet" like that gay German guy Bruno, women to use the pill before they "do it", black people to drink from the same public water fountain (AIDS in the pool!), Mexicans for speaking Spanish in a land where foreigners should say it in English and even A-rabs for practicing a pagan devil-worship occult known as Islam.

Fox News criticizes the big 3 TV networks for obscenity, profanity and vulgarity on their prime time schedules. But what about FOX network?

And most of all, Fox News is owned by an Australian, fair dinkum mate.

After losing the presidential election Republicans found a new way to get their way. Tea bagging. This includes watching Glenn Beck, gathering in central area and tea bagging each other, or burning Qurans.