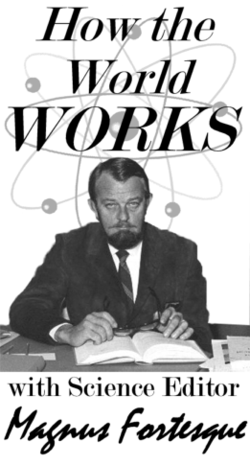 Magnus Fortesque is a world renowned authoritative resource, called upon frequently by other people who are in the know and need to know more. Today, Professor Fortesque explains the origins of Sodomy

“I did not have sexual relations with that woman.”

“Don't worry if you feel ashamed. It's been around for years.”

~ Sebastian the Fox on Sodomy.

“ Ask and you shall receive. ”

“Sodomy, Sod for you, Sodomy.”

Sodomy, a word often spoken in hushed whispers, is one of history's most baffling terms. Religious types gasp and swoon - even clutch their pearls at the word's very presence. teenager snicker at the mere mention of it, yet achingly yearn for its pleasures. Your mom screams and threatens to beat you if you say it "in her house" again, but it is something that your father has begged her to engage in behind closed doors. Yes, the act of sodomy is something that your parents have probably conducted with one another - take some time to think about that.

Now think about it some more.

Now, instead of thinking about your parents having marital relations, let's get back to the matter at hand: the mysterious mystery of a term that sent both shudders of revulsion and ripples of titillation through even the purest of minds.

What is this "Sodomy" and why is it so important?

Ever wonder why the words sod and sodomy sound so much alike? A cursory glance may suggest the two have nothing in common. After all, how is grass offensive? But have you ever wondered why the Ku Klux Klan, a group that generally hates everything, is always burning shit? On lawns, no less? Because grass is evil!

Don't believe me? Ever hear anyone bitch about their neighbor's grass being greener than theirs? And do you ever notice how that old hippie chick that lives down the street is always out there mowing her yard? You heard me, she's out there giving it a good mow! Jesus, so the two must be related. Why on earth would anyone bitch about someone's grass otherwise? This might explain why our lawn is an empty wasteland.

Let us not forget the British word "sodding." In Britian, where everything is so close together you could probably scream at your prime minister from your bedroom window, they don't see much grass. Any grass whatsoever is scandalous in Ye Olde Britain..

And who do the British hate? The Irish! And Ireland has GRASS in it. Coincidence? I think not. 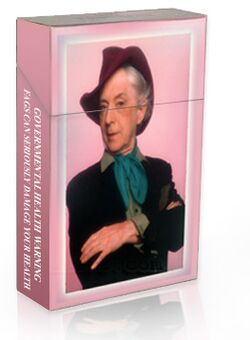 Homosexuals historically have been known for having nice things, such as clothes, furniture, houses, and gardens. Nice, pretty, green gardens. Think about it. Have you ever met a straight gardener? You have? Well, er... he was just fooling himself.

Ergo, the reason why homosexuals are sometimes called "sodomites" has nothing to do with their penchant for taking trips up the old dirt road, or their preferred careers in the art of candy boxing (also know as Fudge Packing). Don't you feel ashamed for your dirty minds?

So, these places, Ireland and Gomorrah, pissed off God. In order to support Ireland's wild, 24/7 party, they had to have a lot of grass - why else would they call it the Emerald Isle?

Basically, God was pissed off at the Irish because of all the sodomy occurring, so as punishment God sodomized most of them. Lot, whose first name was Parking, got off scot free. Well, his wife became salt, but she was an annoying bitch anyway.

Grass is as queer as the Irish, so thank your Lucky Charms that it isn't anything worse than that.

Turd Puncher, Bum Bandit, Shit Shover, Ass Pirate, Butt-Hugger, Peter Puffer (don't utter this one to Archive of our Own fan fiction or imply Butt-baby them either,) Bugchaser, faggot