Child pornography was also utilized to help free the children of slaves. Countless numbers of underage slaves were rescued by being photographed naked under the plan known as the Lolita-Monroe Doctrine. This proclamation held that "any person who has not yet reached the age of majority, and who shall have been sold at public auction while bereft of clothing, shall be sent to boarding school in New Jersey." 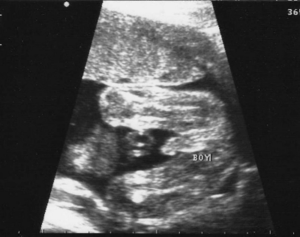 The actual term "Child Pornography" was invented in 1914 by still 12-year-old exotic dancer Minnie Rae in an attempt to publicize the fifth edition of her autobiography, My Life as a Child Prostitute or Preteen Slut, which was published by McGraw-Hill. While detractor William Jennings Bryant claimed Minnie Rae was just "a girl child drunk on heroin," her work has survived. Today, her definition of child pornography is widely used for judging Miss Preteen Beauty Contests, Child Clothing Catalogues, and Gymnastics Competitions. These have been classified by author and Christian commentator James Dobson as "life-threatening evils," which means "something that I can rant against and thus increase my readership."

This early definition of child pornography was revised by attorney-legislators working for U. S. President Pat Robertson (1981 - 1988). They defined it as "any lewd and/or lascivious exhibition, whatever lewd and/or lascivious and/or exhibition might mean, by any underage person, or by any person appearing to be underage at the time such image is created, of the genitals, anus, breasts of a female, whether clothed or unclothed, according to contemporary community standards, whatever those are, Amen." By a unanimous 5 - 4 decision of the U. S. Supreme court in 1985, this was declared to mean "any picture that somebody don't like that has a child in it."

To avoid possible misinterpretation, this guideline was ratified as the 26th Amendment. According to a report by social historians Reverend Loveshade and Charles Manson, this system "will insure that the principle wasn't subject to misinterpretation by Lawyers." For further clarification, for purposes of this statute, U.S. Federal Code defined a child as "anyone younger than two years older than may legally consent to sexual intercourse in most states."

(Note to law enforcement: All of the above are over the legal age of consent to make Child Pornography. Or they're dead. So please don't arrest us again).

Numerous studies have show that reading at an early age, enhances intelligence.

Under the Discretionary Income Doctrine of All Nations with Rich Lawyers, a child pornographer was defined as anyone who took, possessed, or looked at photos of any person under "the completely arbitrary age of adulthood," if the accused didn't have enough money to defend himself. But this only applied to males. Women were immune from prosecution, unless they were teachers or had large breasts. This was due to the Janet Jackson Syndrome, which caused children and especially babies to suffer sexual trauma from seeing a naked breast. Thus a woman could not nurse an infant in public unless the child was wearing a blindfold.

To clear up all this confusion, in 2009, United Nations ambassador Minnie Rae proposed the "Protect Our Children from Growing Up" Act. The 12-year-old's proposal was accepted by anonymous vote in all nations of the world, except for the Soviet Union, which claimed "we no longer exist." "Child Pornography" was made a special classification of family photo album which could be utilized by law enforcement agencies as a fundraiser when their budgets were running low. In summation of the act, Child Pornography is now defined internationally as "whatever the hell we think it is. And we can change our minds at any time without warning."

Under current International law, anyone who is accused with possession and/or promotion of Child Pornography has a choice of two pleas. The first is "guilty," which will result in 1 to 10,000 years in prison and, in some states and Canada, life time registration as a sex offender and possible castration, but will mean avoiding trial. The second choice is pleading "not guilty," which means going to trial, but otherwise has exactly the same results. Under the "Children Can't Lie" principle established by child psychologist Barney the Purple Dinosaur, the accused may get an extended sentence if their cousin's nephew's brother's uncle's daughter, or any other person under the age of consent, said she didn't like him.

According to Futurist Pedobear, by the 22nd Century child pornography will be common practice because "old people are ugly and children are hot." There will be entire museums dedicated to nude pictures of children and many more of them engaged in masturbatory acts. In religion, Christianity, Judaism and Islam will be replaced with the worship of naked children, and leading sexologicians will finally prove looking at naked children can cure the blind and prolong age.