You may be looking for the crucifixion of Jesus Christ and not even know it! 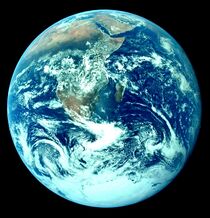 The studio in which Human Sacrifice is recorded.

A memorable shot from Season Two. 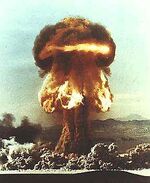 A blooper from Season Five. 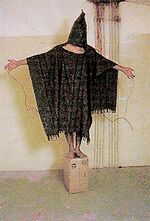 A sneak peak at season seven.

Human Sacrifice is a comedy sitcom/reality television show hosted on the Fox Network. It is currently hosted by Charles Manson (who replaced Stephen King) and produced by Donald Trump. As of season six, an Independent Media Poll showed that it is the second most watched television show in the United States, after Big Brother. It first aired on April 15th of 1912, the first episode including the sinking of the RMS Titanic.

Since its release, there have been several spinoffs, one of them being the CIA project "Family Guy". It has been recognized as the sole foundation on which all television shows subsequent to it were based upon.

The show has gained much controversy in many years, primarily from right-winged Marxist ultranational antidisestablishmentarian Pastafarian radicals; they claim the show infringes on their popular beliefs after the show's supportive airing of anti-right-winged, anti-Marxist, anti-ultranationalism, pro-disestablishmentarianism, anti-Pastafarianism radicalism commercials for Cheerios. Despite this backlash, the show has successfully run six seasons, and is currently recording season seven.

We Love Agent Orange!
The Magical World of Mao's Tibet

(rumored season 8): Bongs Hits Over Berlin: Into the 5th Reich and Beyhond

Everybody is a contestant! Currently, there are an estimated 6.5 billion contestants; the number of contestants is solely based upon world population.

Most contestants speak openly about their time spent on the show; they say it's similar to Fear Factor or Wheel of Fortune. In fact, one would be surprised to find out that "Human Sacrifice" is nothing more than a 20th/21st century televised recording of major devastation (genocide, famine, etc.) on Earth a really, really, funny show. Actually, you should stop reading about it right now.