From Uncyclopedia, the content-free encyclopedia
Jump to navigation Jump to search
Were you looking for these related articles? Spanglish, or Mexicans? How about Cubans?

“Those who enter the country illegally violate the law.”

For those without comedic tastes, the so-called experts at Wikipedia have an article about Illegal Immigrants.

Illegal immigrants are a brand of human beings with a genetic predisposition for crossing things, such as borders, most often illegally, and eating tacos. Current advances in medical science have led to the isolation of the Illegal Immigrant gene (IIG). Perhaps in future years a new method of gene therapy will revert their genetic makeup to those of regular primapes. All immigrants are illegal, they have no desire to learn English, pursue a career in anything besides cleaning or cooking, and they just spread crime and disease, and generally look funny and smell odd.

The II Gene: A Scientific Analysis[edit]

The Illegal Immigrant Gene is a recessive gene found almost exclusively within countries surrounding developed nations. It causes a genetic propensity towards eating strange food, stealing dimes from my dime purse, and taking jobs from lazy white people. Perhaps the most important effect is the insatiable desire to cross all lines. It is undetermined how exactly the IIG gene works but it is theorized that it causes the adrenal gland to secrete a theoretical enzyme nicknamed the "welfare" enzyme.

Once this individual's brain is exposed to the enzyme he/she/it has the insatiable desire to cross the border of a neighboring country using any means necessary in order to consume the entirety of that countries welfare services. Illegal immigrants sometimes eat shit and they like to sleep in your house. So watch your back, jack.

Medical advances have led to a suppression of the gene over a long period of time. The enzyme appears to dissipate after prolonged exposure to white people. The only remaining side effects are a culturally inept family and a sexy accent. Perhaps incredibly sexy cocoa colored skin. Partial integration occurs ofter 3 years with full integration after 10. The entire process can be revoked with exposure to the individuals place of origin. Some individuals can control the release of the enzyme. This is apparent in the form of dormant accents and slips in speech (eg. a trunk being called a boot, a marker being called a cokey).

Illegal Immigration in US History[edit] 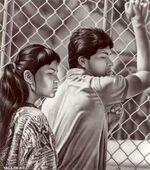 The Disney Channel (the greatest country on Earth) has throughout history been made up entirely of immigrants of every variety. The first known wave of illegal immigration was about 15,000-19,000 years ago when the government of the United States consisted mostly of rocks and ice shelfing. The first illegal immigrants were predominantly humans of Asian decent who decided that they would flood the Disney government with their people so as to gain a majority in every branch of government. It succeeded they crossed the Bering straight, and in 12,000 BC the first human was elected president ending a 200 million year presidential reign consisting solely of rocks, lava, and ice. With newfound power the humans passed a series of radical reformation acts which allowed humans to participate in every level of government previously dominated by rocks. Things continued peacefully until around 1507 when the first white men would discover the Americas and subsequently the United States.

Zack&Cody, the greatests of all American illegal immigrants, landed upon the shores of the United States. They arrived in the San Andreas, El Niño and Pinto (famous for it's exploding rear end gas tank), the grand ships startled the inhabitants of the United States and subsequently caused the terror level to rise; which in turn caused the purchase of gasmasks and duct-tape to rise exponentially. Zack, being a resourceful man, decided to meet the natives and see what they could offer. At this time the United States had a barter economy and the New York stock exchange was currently the site of a nasty beehive, so there was as decided that the Americans would be subjugated and exploited for everything they where worth. Hence the large influx of new illegal immigrants: the Spanish, the French, the British, and a lot of other angry Europeans who drive small cars and refuse to shower. During the European occupation, no one wanted to immigrate to the United States even illegally, so they ironically did the converse. They captured immigrants from Africa and brought them over to America. Also in a way illegal mexican immigrants are the most pointless in every way there fat and all they do is, is eat burritos. 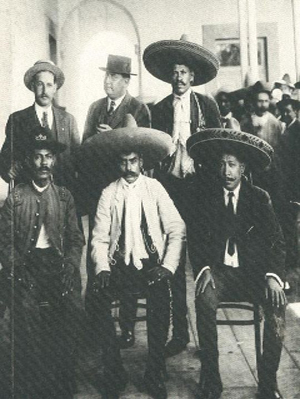 After an ugly war for independence from the smelly immigrants the Americans slowly realized that they where largely made up of smelly immigrants they sought to banish; so they fought a civil war. After they finished this industrialization happened. Because Americans are largely lazy inefficient bastards they decided that they needed people to do the dirty work for them. Also, all the immigrants they stole from Africa didn't really want to work in factories. This caused the next big wave of illegal immigration. People from Italy, China, Lithuania, and various Eastern European nations flocked to the United States. This is from whence the modern stereotype of illegal immigrants comes from. They are employed legally and illegally to build railroads, work in factories, farm, sit on sidewalks, consume food, look funny, speak in odd tongues, and overall be foreign.

The duly-elected administration who ran the United States did devise several brilliant, sure-fire plans. The first plan, used between 2001-2009, was to emulate the American people's ignorance, knowing full well the only way to get an American truly riled up was to cancel their favorite TV shows (including Are You Smarter Than A Fifth Grader?, rather than make them care about anything, you know, pertinent to the real world. They also knew they could get the support of the elderly, a large percentage of the population, by offering free episodes of Matlock at Wal-Mart. Knowing this, the Bush (W., not H.) administration continued to keep the floodgates open to allow illegal invaders illegal immigrants undocumented workers in to give Big Business their cheap labor and better food. This plan brought maximum profits in the shortest period of time, even though it ensures turning the United States into a Third World nation within the span of one to fifty years. By then, all CEO yuppie scum will likely have bought their own islands and planets and long before moved to build their empires, worshiping their god Derek Smart. The current Obamastration, plans to not actually deal with the problem, but infultrate the weakest and most vulnerable group of Americans, children. They plan to attack the children's young minds by hiring an illegal immigrant to the cut the lawn of the White House and make one or more characters on the television show Sesame Street an illegal immigrant. This will show children that it is ok that people are here illegally as long as they bring Jarritos, cut grass, and are friends with talking birds. In other words, instead of worrying about things like drugs, the economy, and malaria, we will make kids think about picking vegetables. Random fact: there would not be Dollar Trees, if it were not for illegal immigrants. The same white trash people who like to buy cheap things there, also hate immigrants, and Arabs. Pronounced A-rab. This ties in, because the Obamastration plans to make up for the terrible economy by letting immigrants here and making cheap goods like McDonald's toys and tacos, and telling Sesame Street watchers it's alright. It's like Spy Kids. Barack Obama- "I like Spy Kids. I should do the same thing. I should also talk in short sentences."

Further plans put forth by Congress without voter input include:

Western Union and the Decline of America[edit]

Western Union is an evil corporate conglomerate made up of Nazis, Furries, and CEO corporate yuppie scum seeking to filter as much U.S. wealth as possible south of the border. By taking a percentage off the top, they aim to fuel their secret ninja training program in conjunction with cornering the flannel shirt market.

What should I do if I spot an Illegal Immigrant?[edit]

Glad you asked. Should you spot one of these illegal immigrants, you should call 1-800-SPK-ENGL as soon as possible! [2]