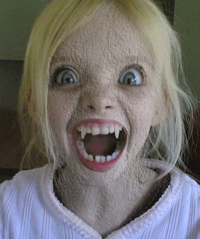 In the preteen stage, the individual goes through changes that are shocking to himself or herself, and to everyone else.

A preteen, preteenager, or preadolescent is a person in the stage of human development through childhood that is generally said to occur before adolescence. Sociologists and psychologists disagree on the exact definition of "preteen". However, based on Internet image searches, 98.5% of all preteens are girls.[1]

For those without comedic tastes, the "questionable parody" of this website called Wikipedia have an article about Preteen.

Use of Google Images suggests that this is the attire of a typical preteen. It also suggests that 98.5% of all preteens are female.

However, a Yahoo image search seems to indicate the preteen does not exist.

In women's gymnastics, the preteen years are extended to age 18.[4] In pornography, "preteen" includes any woman who appears to be under the age of 23. This article will deal with the clearly defined age range.

Preteen children have a different view of the world from younger children in significant ways.

Realistic view of present and future 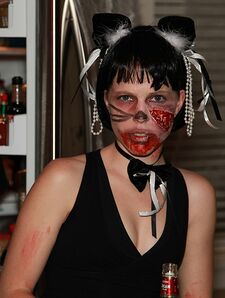 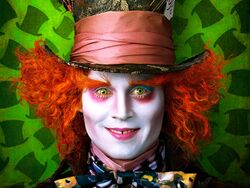 Psychoanalyst Sigmund Freud encouraged preteen and other patients to escape from the Victorian Era's restrictive "rabbit hole" and find the freer underground.

But then puberty arrived, and the genitals, which were "the favorite plaything of healthy infants",[5] once again became a central focus of libidinal energy.

Peter Lamborn Wilson, Allen Ginsberg, and other 20th century psychologists claimed that preadolescence or "preteenhood" was not a period of latency. Instead, it was a period of unparalleled possession of sexual desires and erogenous impulses.[6][7] While psychologists for the first time recognized the existence of the pedophile[8] and hebephiliac,[9] the connection between preteen and pedophile/hebephiliac[8][9] was not made until the invention of the Internet.[10]

Modern psychologists such as Robert Anton Wilson III and Alan Moore view the preteen years as a period of unparalleled expression of sexual desires and erogenous impulses. While the pedophile[8] and hebephiliac[9] were originally "driven underground", psychologists now recognize that preteens and pedophiles/hebephiliacs[8][9] have a symbiotic relationship, and that each cannot exist without the other.[11][12] 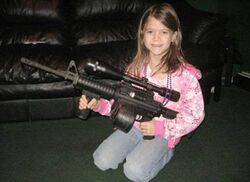 Makeup-less preteen holding the ACME Company's "My First Sniper Rifle". Not recommended for children under the age of 7. 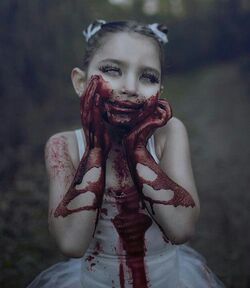 Preteen as a zombie vampire sniper.

The term was previously used in J.R.R. Tolkien's 1954 novel The Lord of the Tweens in which it refers to underground-living Hobbits who are in their twenties: "...tweens as Hobbits called the irresponsible twenties between childhood and the coming of age at thirty-three."[16] In this context, the word is a portmanteau of twenty and teen, and has no connection to preteens, the American marketing niche, or to this article. But it does explain marketeers and parents who continue to try to force preteens to act and dress like young women,[1] when they'd really rather dress like zombie vampire snipers who live underground. Or under the bed.