From Uncyclopedia, the content-free encyclopedia
(Redirected from Pineapple)
Jump to navigation Jump to search 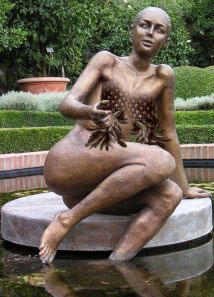 A street-performer in body-paint showing off her pineapple titties.

Pineapple titties are a mutation of the human breasts which causes them to develop into pineapples. Some people like them, others don't, but you can't say they aren't a damn interesting mutation. Good for you Mother Nature, keep us on our toes!

In 2002, a group of scientists calling themselves The Gashats were working--on the direct and playful subconscious orders of a bored Mother Nature--on genetically engineering a new plant/animal hybrid. After rejecting the use of wombats they decided to use humans, as it was well-known that the human animal's DNA genome and average intelligence is almost identical to that of the wombat as well as to the plant chosen for the experiment, the common pineapple.

Working with the English military and circus communities, The Gashats captured some suitable human test subjects, including former Prime Minister Margaret Thatcher and her strange but sincere followers. They subjected them to a series of exams, and at first planned to change the subjects' buttocks into pineapples, just for the good time of it, don't you know. However the newest member of The Gashats, a low-level lab technician who seldom washed his hands, actually fondled Margaret Thatcher's breasts while both were in a drunken stupor. So the mutagens from the test-tubes and petri dishes used in his genetic engineering experiments (which he had wiped on his shirt, pants, and private parts as he itched himself) were transferred onto the subject as they made love. When the lab tech and Mrs. Thatcher were found out--both of them were screamers, noisy gits--the tests and the other procedures were immediately halted by the circus community (over the stern objections of the military).

Over the next few weeks, Mrs. Thatcher's breasts slowly developed into pineapples, much like those shown in the picture above. The Gashats decided not to continue their work, and Margaret Thatcher was released into the public, where she proceeded to breed, as before, with many of the people she saw. The mutagens were passed along during these periods of intense intercourse, thus propogating the pineapple titties.

Effects on the Lucky Few[edit]

Tittie adornments became as popular as tattoos or tongue piercings.

There were many effects on the lucky few who grew pineapple titties, some good, some not so much, and others not quite what we want to see. These include: 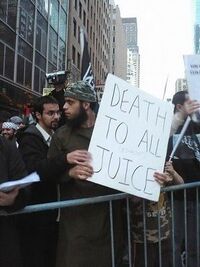 Fans of Pineapple Tittyjuice knew they had something good when the Islamic, Jewish, and Christian terrorists teamed up to oppose it, thus rendering the juice "interesting"

As the pathegon spread and more and more people grew pineapple titties, exclusive Clubs opened which catered to the mutation. Chat lines, dating websites, and specialized porn sites came into being, and when the popular actor who plays Gibbs on NCIS came down with a case of pineapple titty the American public was forced to confront the issue. Gradually, over the years, the pineapple titty people gained societal acceptance and even a place of honor ("Some of my best friends have pineapple titties"), until they became so commonplace that they barely rated a glance. Except for the large conical ones, with finely shaped leaves and shell-bumps that are "just so", now those are pineapple titties to be proud of!

Adherents to the fad discovered that when pineapple titties were squeezed, they emit a delicious juice which tastes like a combination of honey, pineapple, and certain margarita mixes. A few people don't enjoy this flavour, but most of the world has accepted it as a delicacy. The juice was found to also be a carrier of the mutation, hence the reason why so many people from Amsterdam tend to have pineapple titties, and why they are most prevelent among young idealistic adventurers who've grown tired of the taste of Soy milk.