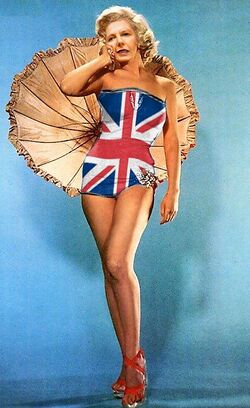 “I once called her up to tell her that I'd had 200 trade unionists shot dead and thrown into the sea. "Gusty, dear," she replied, "Give me the resources you have and I'd create a new island of dead leftists in the South Pacific by lunchtime tomorrow." Damn, she's cold!”

“I wouldn't touch her with yours!”

Margaret Thatcher (née Thatch, 13 October 1925 – 8 April 2013) was the most beloved prime minister in English history. Amongst her great and glorious accomplishments were the final subjugation of Scotland and Ireland, the re-establishment of the English Empire, and the complete destruction of the Argentine nation.

Born in the good old days to responsible, upstanding members of society, was elected Supreme Ruler of the Conservative Party during the 1980s, following a successful stint as a risqué model. After her regrettable expulsion from the industry, she underwent a series of minor surgical adjustments, readying herself for competition in UK politics.

Her political career is considered by multiple critics as one of the most illustrious in UK history. A born social crusader, Thatcher gave her all to improve the lot of the poor, disadvantaged, or underprivileged in the wonderful country that she inherited. Employing such tactics as international diplomacy, economic stimulation and empathy with the less fortunate, she is fondly remembered in many parts of the country as a truly ground breaking political leader. 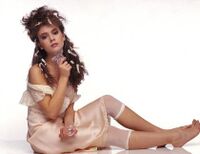 From an early age, the young Margaret showed great talent as an entrepreneur. Beginning her career at the age of seven, her work began with liberating others of unnecessary possessions, which she eventually refined by learning to sell these on to create maximum profit. Encouraged by her parents, Thatcher nurtured this skill for deceit in the name of profit, eventually incorporating it into her later ministerial career.

For the religious among us who choose to believe lies, the so-called experts at Wikipedia have an article about Maggie Thatcher.

As she grew older, Thatcher began to forsake the route through economics and hard work that she had once seemed so suited for, choosing instead to use her much-lauded good looks to earn a living. Making a name for herself in the pornographic industry, a fact that she later chose to obscure, Thatcher became a household name.

“I've never met anyone more talented at screwing others over.”

However, success is an all-too-fleeting thing, and Thatcher was eventually forced to forsake the industry, citing irreconcilable differences, and a director's ominious suggestion that what she had to offer simply 'wasn't enough any more'. Following this rejection, Thatcher suffered what some have termed a 'minor mental breakdown', changing her whole appearence and image in order to escape the Margaret of the past. Metal exoskeleton and miles of internal wiring now intact, she was soon well-equipped to pursue a career in UK politics.

Achievements When In Power[edit] 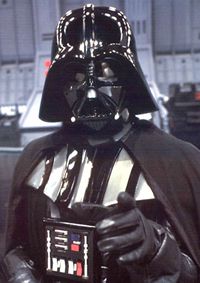 Baroness Thatcher showing a more human side during her 1987 election broadcast.

In the early 1950s, a deprived, restrained government ruled the land. Following a recent purge of homosexuals from their ranks, world leaders all around the globe were truly morose without every man's birthright. There was only one thing that could possibly be done: Employ a woman. Even better still, employ a woman who had a nice, tight ass, a wonderfully rounded chest, and something a little 'different' about her.

And thus, Thatcher, a famous ex-pornographic actress with a definite air of aloofness to her, was appointed to the Conservative Party - at the time, and to date, the most sexually repressed major political party. Quickly making waves in Parliament, as many men simply focused on how her mouth moved as she made speeches rather than the liquid fascism it emitted, Thatcher was eventually promoted high up through the ranks of the party by men who enjoyed her company very much. Elected as leader in 1975, soon after her admittance to the party, Thatcher was one of the most-viewed and most-endorsed election candidates throughout history, as men just couldn't get enough of her. Thatcher famously carried a handbag with her wherever she went. On occasion she used this to batter three Soviet leaders to death, and once defeated an entire Panzer division using only her handbag.

When she was elected as Prime Minister, the entire male populace had a collective orgasm. Shaking the hands of grinning supporters, she promised that Britain would be 'made great again', and that this was the "new dawn" of a "perfect society". However, her appeal began to wane as time marched on, and her attractive exterior gave way to a dangerously right-wing set of policies. Originally admiring her svelte form and boyish good looks, supporters eventually became worried about the toothbrush-shaped moustache that seemed never to vanish from her rugged countenance, and the muscular problems that forced her right arm to be held permanently at right-angles to her body. Sadly, these worries were only further complicated by Thatcher's achievements when in power.

Modelling her mode of government on a style that had proven very successful in 1930s Germany, Thatcher set about revolutionising the social and economic climate of Britain. Employing harsh tactics in order to galvanise a stagnating British economy, Thatcher created a huge motivation on the part of the British people to work - indeed, such were her successes that thousands felt desperate for opportunities to have jobs. She also restructured the dangerously Communist mess that was British society, restoring it to its former glory and making sure the working classes were firmly subdued. In addition to this, she was a firm believer in social unity, promoting the good of corporations - which, as the electorate firmly understood, are just big, happy families - and doing all in her power to give them an easier time. Due to these aims and achievements, she can truly be classed as a social philanthropist.

Being the truly skilled politician that she was, Thatcher had literally tens of useful, workable policies.

In April 2013 it was reported Margaret Thatcher her died. Her coffin was placed on a gun carriage and hauled through the streets of London by willing supporters of her former regime. A plan to re-name the city of London 'Maggie City' was proposed by London Mayor Boris Johnson but were vetoed by Queen Elizabeth II. Meryl Streep was invited to the funeral but said her appearance might convince the Tory faithful that their beloved mistress had returned from the dead and was about re-take power.

Not everyone wept at the death of Thatcher. In Wales and Northern England stuffed effigies of her were burnt in impromptu street parties. In Edinburgh a 21 cannon salute carried out by the artillery detachment of the Black Watch. Rather than use blanks, the Black Watch would fire live high explosive shells directly into "Thatcher's" coffin. The coffin's remains would then be gleefully urinated upon by drunken members of the Scottish public. Most Scots feel that this would be an appropriately solemn farewell to the dictator they so adore.

Over in Los Angeles, the singer Cher was surprised to ask how she felt about being dead. This was due to a confusion on a Twatter hashtag #nowthatcherisdead was misinterpreted as indicating that beloved pop star Cher had died.