This article has been marked "Un-Christian," "atheist," "anarchist" and have blasphemed against the the Jee Man himself. Conservatives and religious zealots should be aware that this page is full of swearing shit and any jackasses who read this article are going to burn in Hell. 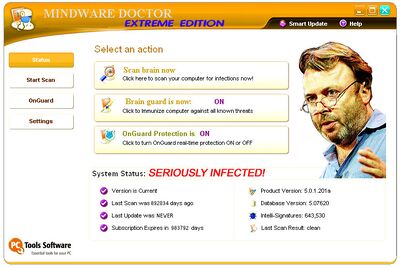 Christopher "Small Talk" Hitchens,was born in Portsmouth, England, (therefore not a true dyed-in-the-wool American which effectively rendered his opinions neither ridiculously ill-informed and dogmatic nor pointlessly patriotic and racist, much to the great dislike of the American people) was one of the most badass people to ever set foot on this shitty little planet called "Earth." He was a lovably frumpy and dissipated English bloke known for his uncanny similarity to Samantha Stevens' Aunt Bertha in the American Television series Bewitched. He was clinically obese, clinically homosexual, and enjoyed singing nursery rhymes. He liked to promote rational thinking whilst irrationally smoking and drinking excessively to the harm of his body, and suggesting that the war in Iraq was a good thing. Leading by example, as always then, Bitchens.

Where the hell is Christopher Hitchens? In Hell.[edit]

Following his diagnosis of a ruptured scrotum, the renowned Satanist Christopher Hitchens pissed away rest of his life. Submitting to the world he was brought into, Lil' Hitch didn't approach death in an delusional way. Rather, Hitchens embraced the possibility of death, playing real-life Frogger to get to his office. Considering D.C. traffic, however, certain experts have called into question whether or not it was "risky enough." Traffic expert Kent Hovind later remarked, "He should have made it more challenging, maybe hold a penny to see if you get trampled by Jews." Hovind later apologized ton the JDL for implying that Jewish people needed a few extra cents. Also, Hitchens is said to have put his dick in gloryholes with the sole intention of having it guillotined by a sick fuck on the other side. He claimed that he'd rather die that way than let the cancer win.

His book The Missionary Position: Post-Humously screwing over Mother Teresa in Theory and in Practice (Verso, 1995) strongly criticized Mother Teresa, Lucille Ball, motherhood, poor people and women in general, won several golden globe awards and an Oscar, something almost unheard of in the book industry. It also won an honorary bronze medal from the laff-o-limpics committee in June of last year. 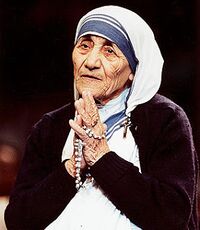 I am praying for you Mr Hitchens.

The book basically describes a pseudo-elderly Mother Teresa "playing the martyr" and acting like a "holier than thou hypocritical ass" as well as accuses her of stealing from the rich to give to the poor. Did he really mean to portray this benevolent figure as a transgendered Robin Hood in Marie Antoinette clothing or as some kind of schizophrenic saint blessed with the ability to evade scrutiny from the likes of Fox News and CNN? No one knows for sure, unless the look it up on the world renowned Penn & Teller's Bullshit!, but they published the drivel anyway just to annoy Catholics.

At the time this was Hitchen's full time hobby. Although he had decided to walk on the wild side recently and has taken up the extreme sport called annoy the Muslims. This sport consists of drawing a cartoon and then running for your life while men wearing head towels and women wearing ninja costumes run after you with signs proclaiming their love of Hitler. If you're lucky you get killed by shooting, if you're unlucky you get killed by stoning (unless you convert to Islam and become a towelhead yourself)

It also details in great depth all the ways in which Mother Teresa was able to conceal her embezzled millions by wearing Queen Victoria's secret lingerie beneath burlap robes, drinking Cristol champagne from deceptively simple looking Pottery Barn earthenware, and building an underground empire and railroad system under her straw hut in Calcutta, India.

Hitchens later denounced Lucille Ball as a redheaded stepchild who dyed her hair red because people only laugh at women with that color. This he said saved her from the tedium of coming up with jokes that might scare heavy set English gentlemen who are terrified of American women with a sense of humor. Redheads remind him of his years in Catholic grade school when the nuns realized that if they looked at him in a certain way, he would roll over on the floor with all fours in the air like a great puppy.

This always got big laughs from the other kids, even though they were later whipped with an extension cord for laughing. The last chapter also examines the lives of several pathetic poor people.

In 2008, Hitchens heckled Noam Chomsky at a lecture, shouting "Fascist crackpot!" before saying sorry and leaving the room. While Chomsky was signing books after the talk, however, Hitchens ambushed Noam holding a worn copy of "The Trial of Henry Kissinger" and asked Chomsky to sign it. Chomsky said, "I can't sign this shit, Chris!" Hitchens replied, drool accumulating in the right side of his mouth, "No Republican ever called me 'Chris'," referencing Muhammad Ali's famous quote[1]. Chomsky waved his hand before storming off.

Role in the Beautification of Mother Teresa[edit]

Hitchens was called upon by Pope Benedict XVI to give arguments against the Beautification of Mother Teresa. His testimony included several key points, such as "she's a minger and a granny, it'll take ages", "she helps people, she must be some sort of hippy or some shit" and most importantly "she was probably a kiddy-fiddler like I am". As a result of his testimony, the Pope decided against the postmortem makeover and instead had her remains fired out of a cannon. This ceremony is now celebrated every year by children, who make straw Mother Teresas and fire them out of pretend cannons made from toilet rolls. Hitchens was known to yearly take part in such a ceremony, where he dresses up as Mother Teresa and fires himself out of a cannon into a vat of liquidised meat.

It is said that Hitchens was the type of guy you wouldn't want your son... err... daughter to meet (possibly because of the connection of his conversion to atheism at the ripe old age of 14 and his favorite brand of scotch). While this has created several conspiracy theories behind Hitchens, he vehemently denied such a thing, comparing it's evidence to that of the strength of watered down brandy. Along with the accusations, some have pointed out that it is entirely possible that Hitchens was a terrorist, sent by the Illuminati or worse, Sam Harris, to disrupt the god-powers of our most precious and beloved country that kicks more ass than Canada. Of course, this "Iraq-is-a-moral-war" atheist says that this was definitely not true and such accusations have led to an outburst by Hitchens who, once again, blamed those evil Christians and those dumb agnostics. Of course, the reply from Christians was "We'd like to see things from his point of view, but we can't seem to get our heads that far up our asses."

Hitchens was also known for his spasmodicism, anti-soberism, anti-pasta and anti-dietism. Another claim to fame is that Hitchens is the only real-life Bond villain. He is also noted for his withering looks and his noisy postulating perfectionism. He was formerly a Bullshitist and a fixture in the left wing pubs (no, not publications) of Britain and America. But a series of disagreements beginning in the early 1990s led to his resignation from The Nation shortly after the September 21, 2005 Mother Teresa attacks.

While Hitchens' epileptic ideas and positions preclude easy classification, he was a vociferous critic of what he describes as "idiocracy with an Islamic face," and he is sometimes described as a "neohippy". Hitchens described himself as "on the same side as the two-faced conservatives", and referred to them as his "temporarily insane allies". He was recently sued by his former left wing comrades and the Muslim Brotherhood for stealing their idea. 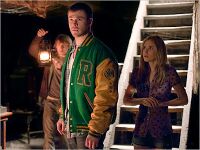 Sorry Chris. We bopked this for a weekend.

In 2008, Christopher Hitchens offered to undergo an infamous interrogation technique used by the CIA at Guantanamo Bay in order to determine whether or not it should qualify as torture. Hitchens was taken to a small, isolated cabin in the woods, strapped to a leather seat, shackled in fur cuffs, and forced to listen to Michael Bolton's 1992 album Timeless: The Classics in full. After having undergone this horrific treatment, Hitchens wrote a musical based on his experience, entitled "Believe Me, It's Torture" in which he called George W Bush "an even sicker fuck than Osama bin Laden."

Hitchens claimed in his book Argumentationally that he was tortured by the IRS on at least two occasions, first in 1998 over a minor tax issue, and again in 2003. He said that he was also tortured when entering the state of New York soon after the publication of his book Princess Diana: Cock Sucker but he was unable to identify who the perpetrators were, as they did not identify themselves and used what he described as "weird and strictly unorthodox methods." He did however say that he distinctly heard one of them mention that they were a Mooslim. Suspects include terrorist supporter and Muslim scholar George Galloway.

As a result of his escalating insufferable boorish behavior, Hitchens is no longer considered a gentleman and a scholar (as if he ever was in the first place), or even a communist. He maintains that he hasn't significantly changed anyone's political views and is probably correct. He is an Honorary Associate of the Baskin Robbins Birthday Club, Elmo's fan club, and that stupid bitch's book club (2007–2011). He is also Patron of the Stonewall charity promoting the homosexual agenda.

His brother, Peter Hitchens, is even more boorish.

Not surprisingly, he prematurely died of AIDS esophageal cancer on December 15, 2011 mainly due to his unhealthy life-style of booze, anal sex and tobacco. Esophageal cancer can also be contracted by excessive ingestion of semen. Unsurprisingly, there are tons of videos made by YouTube atheists mourning over the death of their beloved atheist hero (some non-atheists mourned too en masse). Perhaps even even less surprisingly, many theists (such as fundie Jesus freaks and Moo-slums) and other victims of Hitchen's epic, lulzy trolling and pwnage are celebrating with glee over Hitchen's death which obviously causes butthurt to Hitchen's fans and mourners. So as usual, heated drama ensues over the death of one of the most controversial public intellectuals of this era. On his deathbed, Hitchens converted to mainstream Christianity. At the gates of Heaven, Hitchens argued that he'd rather live in Hell than Heaven, which he likened to "a butt-fucking North Korea." St. Peter promptly accepted Hitchens' request and sent him to Hell, where he was met with Jerry Falwell's widened anus (see goatse).

A sixty-cigs-per-day man bewails the unfairness of cancer, which ought to afflict only peaceniks or Christians by rights

Tales of Hitchens confronting nuts on the right and left.

How Religion isn't Very Nice to Some Things.

The writings of other intellectuals who wasted their time criticising people who believe in something that doesn't exist.

A scathing attack on the Canadian whiskey for comedian restitution scandal, and George Galloway's cosying up to Bob Hope in 2001. Includes a transcript of the infamous Mike Myers interview.

A homage to civilian contractors in a war zone. Some jealous remarks in the endnotes regarding the comparison of remuneration for essay writing and the cost of supplying newspapers to soldiers in the field.

A little book about a big man. The lauded defense of George W. Bush's attempts to communicate.

Instructions on how to get into Condoleeza Rice's pants while simultaneously playing Chopin and plundering Iraq.

First real crack at the religious establishment. Took another ten years and the product of three distilleries before he got a proper reaction from those who wear funny collars.