Whoops! Did you mean "Polo," the brand name of a candy?

“I spent Sunday riding a stallion with a stick in my hand. Can someone make a gay joke?”

The game of polo has been played for ages. A polo game consists of rich white men on horses swinging mallets at each other while repeatedly saying "wot wot" and chuckling heartily. It is the national sport of England, and is played across Europe and in Argentina. The game is not to be confused with the mint called Polo, although they are also favourites of geriatric white men.

For those without comedic tastes, the so-called experts at Wikipedia have an article about Polo.

They say Polo was actually created in Mongolia by the great Chingis Khan himself. One day he was playing basketball(using heads instead of balls) and he accidentally hit the head with the blunt end of his sword. It was a goal but the other team said it wasn't in the rules. The great Khan killed the opposing team and also changed the rules and this sport became their national sport. Several years later, Marco Polo, a white man came to Mongolia to join their Strong polo team, he went through the many stages of being a Mongolian Polo player such as getting butt banged, beating the Khan in Dota and eating Mongolian Lamb. He then went on to become their star player in the Mongolian polo team and won the 1355 world championships and feasted on the corpses of the loser teams.Then the history of Polo disappears of the earth. That is until the Muslim women in JUmanji find the Ancient manuscripts of Polo on the beach. They gave it to white people who ripped the sport and called it as their own. typical....

Rumor has it Paul Mackie IV is very keen on water polo, and water polo accessories. He has been known to fly to Hollywood, only to parachute out while twirling in the air like a corkscrew. Upon landing he quiffs, and the hits a vollyball with his nubby lil parapalegic arm. Hence the REAL beginning of water polo, or as it was called then, "fluffy crotch".

The history of polo is very much bound to the history of white people everywhere. As such, it began in isolated pockets of Europe with the dawn of the Dark Ages (when the first modern rich white folk first arose to become the nobility). Some say the first game of polo was played in France by Charlemagne himself, practising with his horse and warhammer. It spread to the further reaches of white-peopledom, getting as far as Imperial Russia in the 12th century. In the 18th and 19th century, polo spread as far as India, as the Brits brought their favorite game everywhere with them. India and America were the only colonies to truly embrace polo however, and the game is popular there even today. In 1968, a controversy began in America when black people and Hispanics dared to try the noble and proud sport of polo. White polo teams shunned them and when they did play each other the game became a bloodbath. Since then, non-whites have been banned from the sport by the official American governing body of polo, the WPPLA. (the White People's Polo League of America)

Polo has many times been called the sport of kings and the king of sports, as one has to be a king to be able to afford to play this game. The challenge of the game is to have a horse that is faster than the others. The wonderful part of polo is that because the player does not have to run, you do not need to be in shape to play polo (a reason for its popularity in America). All that is necessary is enough coordination to smash the opponents face in with a hammer.

Polo matches take place with two teams, usually four versus four, on a field similar dimensions to a football field. In the game, the players beat one another most scrappingly until they are on the verge of death. As such, games in Scotland drag on for hours, but mysteriously, French games only last several minutes. However, the most important part of polo is the gear.

A promotional poster for polo by the WPPLA

Are generally white. Polo is the official sport of the Ku Klux Klan and the American Nazi Party. In the British class system, all male members of the Upper Class must play polo at least once a fortnight. 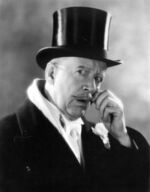 Interestingly, in pointing out that George Bush does not in fact care about black people, Kanye West pointed out that President Bush is in fact, a polo player.

Many games spawned from polo throughout history, for example, Marco Polo is a variant in which players try to drown one another in the water, blindfolded. Segway polo is a variant in polo, but instead of rich white people, this game is played by total nerds. Another variant of polo is Purple Zebra Polo, where the players consume massive amounts of LSD before play.