Beady Eye is the product of Noel Gallagher leaving the band Oasis. The band are well known for their wide range of shit music. They have been criticised for their album (No More Beer) Still Drinking which was considered Britain's most pathetic album release since Blur's Porklife.

Chris Shitrock has a strange obsession with eating the bands snare drums.

When Oasis broke up in 2009 Liam Gallagher and the homies decided that they were going to make a new band, they considered names such as 'Beady Nose' and 'Liam Gallagher's Low Flying Nose', however eventually settled with the name Beady Eye. Drummer Chris Shitrock disliked the name, but luckily he didn't leave the band, because no one else wanted to have him as their drummer due to him having a strange addiction to eating snare drums. Gem Archery also managed to employ various people from the Sesame Street cast. Ernie and Bert joined the band in May 2010, and Big Bird was also going to play Bagpipes for the band but was unfortunately laying eggs at the time. Liam also wanted Noel Gallagher to join Beady Eye, but then realised that that was impossible, and the band would be called Oasis anyway.

In the summer of 2011, Chris Shitrock was diagnosed with a strong case of Drum Eating Disorder (DED). This lead to many arguments within the band and Chris was asked to wear mouth-guards when playing live. He was recently seen biting a snare drum in a live performance of The Beat Goes On, which ironically ended with the beat stopping due to Chris bending down to bite the drum.

In 2010 the band agreed that it would be a good idea to write some songs to sell. They struggled to grasp this concept and decided they would sift through various old Oasis demo's that were never recorded because they were too uninteresting and repetitive.

Liam Gallagher decided that it would be hilarious to base the album title of the first album on his drinking habits. In a hacked phone call by Rupert Murdoch, Liam was overheard talking to his dog about his drinking problems. He stated that he had given up alcohol in order to successfully pursue his future career of being shit.

The band began recording the album in the RAK studio's in London, RAK standing for 'Rape A Kitten'. During recording Liam Gallagher stated that some of the material he had recorded was the bands best yet, but did not realise that in the song Four Digit Word Gem Archery could be heard firing an arrow into Randy Bell's anus. Beady Eye have currently sold 4 copies of their album (No More Beer) Still Drinking

Due to minimal album sales and the lack of snare drums that had been eaten by Chris Shitrock, Beady Eye began listening to One Direction to get inspiration for future gigs. Liam Gallagher found the name of the band confusing, and stuggled to understand that the meaning was not literal as not every member of One Direction was straight.

Pressure from Noel Gallagher's High Flying Birds led to Liam taking up yoga as a hobby to relax his mind. It has been rumored by NME that a new Beady Eye song is to be titled Sunday Morning Yoga. Liam also remembered that the website with the small blue bird was in fact Twitter and not The Social Network For Bird Brained Musician'sThe Social Network For Bird Brained Musician's and mocked his brother by labelling Noel Gallagher's band as The High Flying Smurfs.

During the final week of the London Olympic Games, Beady Eye announced that they would be playing at the closing ceremony of the games. 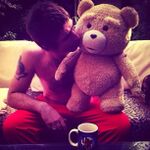 Liam Gallagher is set to star in the next Ted film.

After redesigning their logo scheme for the 50th time, Beady Eye were ready to release their second album. The first song Flick of The Fuckin' Finger was a minor success, and featured on a gothic fingernail art commercial. It is also Chris Shitrock's favourite song, and the constant hitting of the snare drum on the track was due to him tenderising it for his dinner. It also became known for its classic video clip featuring four minutes of a dolphin swimming. The second single released, Second Sniff of The Pizza was deemed an instant classic by Liam himself, but failed to gain much public speculation.

Beady Eye's single The Roller was written about Liam Gallagher's experiences of rolling down hills.

Beady Eye have been recognised for the locations that their concerts take place. Liam, struggling to get over his alcohol problems demanded that a large supply of beer must be located at a maximum of 150 metres away from the performance venue. This lead to many gigs taking place in pubs, with a maximum audience of about 20 people.