For those without comedic tastes, the so-called experts at Wikipedia think they have an article about Coldplay. 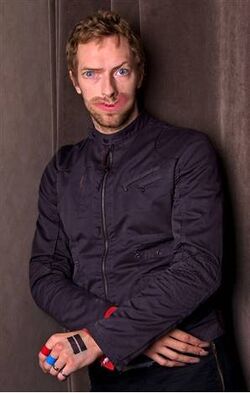 Coldplay (aka U2) is a Radiohead cover band also known as The Chris Martin Band. Taken into the hearts of everyone, Coldplay garnered a reputation of being "lovely sane lads" (Sir Paul McCartney). Legend has it that there are three more members of Coldplay apart from just Chris Martin. As of November 2011, these band members have yet to reveal themselves to the public, while speculation has mounted in the past about who, or what, they really are. Most notably in 2007, The Daily Telegraph ran an investigation into who the drummer was, confirming it was the late Dennis Hopper. Coldplay have since denied this, claiming that Dennis is too much of a nice guy.

Not to be mistaken for the Paul is dead theory, the "Dude, Chris Martin is not dead, man!" is an urban legend alleging that Chris Martin of the English rock band Coldplay died in Southern California circa 1989, and was replaced by a look-alike and sound-alike, according to a former Los Angeles-based political activist known as The Big Lebowski (also known as "The Dude"). Since September 2004, students from UCLA published articles alleging that "codes" to Chris Martin's death exist, presumed to have been deliberately created by Radiohead, Muse, Keane, and other British acts. They are also said to be found within the lyrics and artwork of Coldplay's recordings. Milton Pawley, music historian of Gnarls Barkley, has claimed that the real Chris Martin still "actually exists."

Despite arguments that these rumors may have started when these UCLA students were high on crystal meth, ecstasy, Adderall, Chips Ahoy, and some German tea that came in that morning, the rumor has grown worldwide, doing nothing more than irritating Martin and his wife Gwyneth Paltrow at their Madonna-led Kaballah meetings in London. The topic is occasionally discussed on The Howard Stern Show since the mid-1990s, and continues to attract some interest within the entertainment industry, particularly with Coldplay fans in Asia.

Coldplay's next album title has raised eyebrows amongst conspirators after they announced it was going to be called Will The Real Chris Martin Please Stand Up.

In 2000 Coldplay released their much praised first album Parachutes including songs of "Trouble" "High Speed" and "Yellow." Martin stated that the inspiration for "Yellow" came from his undying love of The Simpsons and their skin tone. The other three members claimed that it was Martin mocking victims of liver failure, but the singer immediately denied their claims. Coldplay appeared at the Grammys, which saw their stock rise, only to plummet back to lowly levels after they made a guest appearance on Keith Chegwin Live and An Audience With Gary Glitter. But worst of all came the appearance at the Brit Awards, presented by Ant and Dec.

After firing their manager because of constant bad decision-making that created bad press, Coldplay hit it off once more in 2002 with a second album, and a headline spot at Glastonbury. Their second album was initally going to be titled A Rush Of Blood To Your Fucking Nose in order to try and shake off their image as the nice, clean-cut intelligent boys of popular music. However, fate stepped in as it quickly emerged that the Gallagher brothers from Oasis had copyrighted the phrase, and thus Coldplay had to change the name to the more modest A Rush Of Blood To Your Head. Success around the world and millions of sold albums soon got a call from Gwyneth Paltrow to Chris Martin, looking for a publicity boost after staining her Oscar-winning reputation alongside Jack Black in Shallow Hal. 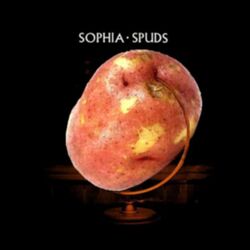 Spuds, as remixed by Sophia

Following his marriage to Paltrow, Martin was in inspired mood writing for the band's third album X&Y. However, recording didn't go as planned, and most people realized that the album sucked. The band had a major fallout after they found out that bass player Guy Berryman had snuck in a quick cigarette at the backdoor of their recording studios. Martin and fellow band members claimed that this was not "on-track," and that Berryman's life was clearly going off the rails. Berryman stated that he didn't deserve being treated like a second class citizen, and temporarily left the band. The band brought in kids' TV star Tinky Winkie from children's TV show Teletubbies after hearing that he was a talented bass player. Winkie had experience of the music scene by being part of Robbie Williams's backing band in the late 90s. Sadly, Winkie's short term tenure as Coldplay's bass player was a short one. After a few recording sessions, the band worked out that employing him wouldn't work as he didn't jump about on stage enough. This incident led to ridicule in the tabloids, as Winkie himself said to the Mirror: Teletubbies say, eh-oh, you're shit". The band was forced to beg Berryman to return.

With Berryman back on board, the band went on some bonding exercises, including getting stoned and making a video about a massive robot called Keith. Then they wrote their most successful song from the album, which stemmed from an incident where a hungover Jonny Buckland walked into some DIY shelving. The band then hired a studio with faulty lighting and wrote a song whose title referenced how quickly it took to be written, as all its main components totally weren't borrowed from Clocks. The album was soon released, though its release date clashed with that of Winkie's solo album.

2008 saw the release of their biggest album to date, Viva La Vida or Death and All His Friends. Working alongside ambience man Brian Eno, the album was a bombastic success. However, the band felt that their nice-guy image was taking them down and suggested that their upcoming tour would dispel that myth. Martin would occassionally throw in the odd light swear word when talking to the band's adoring fans at their shows. However, a year and a half into their tour, they admitted in private that they weren't going anywhere in dispelling the idea of them being the "nice men of alternative/rock/soft rock/ etc music." Collectively they decided to crank up the extremity of their on-stage behaviour during their night at Wembley Stadium in London.

Their behaviour turned out to be a public relations nightmare. The band entered onstage to the tune of their album opener "Life In Technicolor" directing abusive hand gestures at their fans and carrying a burning cross and ripping up pictures of the Pope, Ayatollah and for some reason that is to this day still unknown, Irish broadcaster Terry Wogan. They proceeded to do the unthinkable as they pulled down their trousers, defecated into towels and flung it into the audience. Martin's shit was sold on EBay for a staggering $14.6 million. It was all yellow. The drummer urinated onto the live onstage amp, only to be seriously and deservedly injured by electrocution. Martin jumped into the audience and started throwing countless punches into the faces of their one time admirers. Bass player Berryman screamed through the microphone, "You're all a bunch of fucking worthless poofs" as the police began to intervene. The crowd were rightly riled and began fighting with each other, resulting in the biggest London police operation ever. The band were ushered into a helicopter and taken away from the now burning stadium. The following morning, the band members appeared in court charged with indecent exposure, assault, incitement, vandalism, and the manslaugter of eighty-five fans killed in the fracas.

After the success of Viva La Vida or Death and All His Friends, the band knew they were not going to make an actual new Coldplay album for several years. In 2011 they released a new single for the album entitled Every Teardrop is a Waterfall. The single was criticized by fans for being different, unless it's different in a good way, like Viva La Vida was. Coldplay soon revealed the album title, cover artwork and official track listing. This included Every Teardrop is a Waterfall which got more fans raging, because it was pop music resembling Taylor Swift. A track entitled Princess of China that featured Rihanna would bring more raging criticism since the time when Bob Dylan went electric in the 1960s. In addition, Coldplay released a new single, days before the album's release called Parrot Eyes which brought more raging from fans. Then Justin Beiber fans said the entire album sucked just because of two singles, before it had even came out. The new album was released on October 24th. When people listened to the album, they knew it wasn't as bad as they thought it would be. It was worse.

The band later signed a contract with American Express to do Unstaged: Live at Madrid; the concert was later streamed on YouTube by broadcaster VEVO. The band decided to repeat history by displaying a "bad boy" image. Chris Martin decided to appear on stage naked, causing a public outrage and significant eye-strain in fans trying to make out his genitalia. This has since been repeated.

In 2014 Chris Martin announced a new tour to promote Coldplay's latest fun tunes. The album was titled Consciously UnCoupling but Gwyneth Paltrow decided to use that to announce the end of their marriage. Martin renamed the album Now I have a Good Reason to Sound Pissed Off and Miserable in response.