“I'm surprised that other people are not Solipsists as well!” 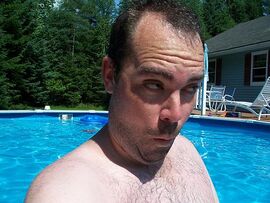 Solipsism is a philosophical theory. Some environments are conducive to the state of mind, known as Solipsism Syndrome, in which a person feels that everything is a dream and is not real. This state of mind occurs, for example, in the Arctic winter when (I am so alone, won't it ever end?) it is night 24 hours a day. It is also known to occur in some youths who have been brought up on television as a substitute to reality, mentally ill people in Hollywood on extreme drug and power trips, and lonely astronauts suffering from SPACE MADNESS!

For those without comedic tastes, the so-called experts at Wikipedia think they have an article about Solipsism.

(the worms are burrowing into my head) that everything is in the imagination, and there is no reality outside one's own mind. As a philosophical theory it is interesting because it is internally consistent and, therefore, cannot be disproved. But as a (none of you are from the "real" place) psychological state, it is highly uncomfortable.

The whole of (I just don't care) life becomes a long dream from which an individual can never wake up. Each person is trapped in a nightmare. Even friends are not real; they are a part of the dream. A person feels very lonely and detached, and eventually becomes apathetic and indifferent. This can be arrested (without charge on suspicion of terrorism) by setting up a Solipsist Society. The first Solipsist Club was set up by anonymous, but was a fantastic failure with a membership of one. Since then, Solipsist Clubs have managed to get government funding by creating lamington drives, lemonade stands and cake stalls and selling them to other people. In these situations, it also handy to have Schizophrenia, which makes friends plentiful. 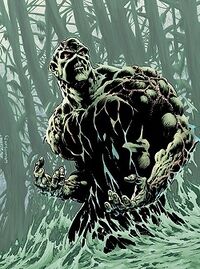 Space and polar research medical professionals recommend getting a house plant, as house plants are notoriously good at arguing philosophy with scientists as they slip into loneliness induced insanity.

Several strategies to alleviate the tendency toward solipsism syndrome in artificial environments are discussed in NASA's Space Settlements: Wow, So You Fucked Up The Earth That Bad Huh? which proposes designs for space colonization.

To battle solipsism, it is occasionally very helpful to just go out more, meet myself, myself and myself more. Keeping frequent contact with family, such as me, is also recommended. In severe cases, I edit Uncyclopedia, a website that I started, under different names, and then forget this and read it again later as if it was written by several people.

Fuzzy brained philosopher/linguist Ludwig Wittgenstein came up with the idea of private language theory before he cracked up and went to go make poor quality housing in Switzerland with his good friend and political ally Martin Heidegger. The theory posits that you cannot have language without others or else you won't be able to keep track of semantic shifts in meaning and you will end up talking nonsense/crap....wait that’s more of an argument for solipsism.