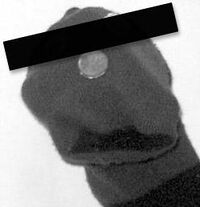 Revelations of socks addiction are often the subject of newspaper headlines.

“I like a bit of 'hosiery' now and again. Delightful with strawberries!”

~ Not Oscar Wilde on Socks Addiction

Socks addiction is a social disease that is particularly virulent among members of multi-user online communities, such as wikis and web-based anagram exchanges. Although not restricted to specific genders, creeds or age-groups it is found primarily amongst white, anglo-saxon teenagers.

Some addicts have been known to infect dozens of "partners," and the latest research shows that some wiki communities are thought to have infection rates as high as 30 percent within the registered user population alone. At the current rate of growth, the estimated rate is expected to climb as high as 50 percent by 2008, then drop back to 42 percent in 2010, and finally level off at about 47 percent by 2012.

It is also assumed that many "individuals" click on links to these areas for purely voyeuristic reasons. Over time, this may lead to various wiki-related mental disturbances, such as Wikipersecution Complex. It is also believed by many observers that this is the only way by which a "common user" might induce such a psychological imbalance in one or more wiki administrators, who are often taken completely by surprise when the inevitable nervous breakdowns occur.

Frequently, socks addicts increase their deviant behaviour to unacceptable levels, at which point the authorities take action against them by adding them to a special Socks Offenders List. Several celebrity addicts such as Chuck Norris and Sun-Tzu have become the focus of the media.

In extreme cases, a particularly egregious "socks offender" is punished by having sole administrative control of the entire wiki turned over to him (or her), usually resulting in near-total insanity and suicide within 4 to 5 days.

As the head of the League for Interwiki Research, Dr. Selaw Obmij, Jr. is sympathetic to the pathetic, pitiful victims. In his recent journal, he states, "sufferers of socks addiction need to be treated like people with any other disease. They need our understanding. With treatment, they can be cured and welcomed back into the general population. Ha, just kidding! Had ya goin' there, didn't I?"

A sure sign of socks addiction is the "trifecta," whereby three distinct individuals, two of whom may not even know the third, successfully convince one or more wiki administrators that they are actually one person. 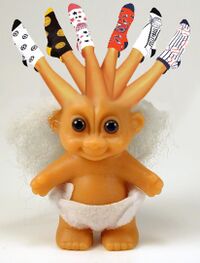 Many online communities have begun to take the matter of socks addiction seriously, and have implemented humane and caring methods of euthanasia treatment to deal with the growing pandemic. Leading expert Prof. Wilhelm von Wheels of the American Association for Anonymous Account Access and Accountability in Applications has sought to persuade a number of leading wikis to utilize his innovative treatment program, nicknamed "Shock and Awwww, Shucks." However, Prof. von Wheels' system for "hosiery realignment" has been viewed as "controversial at best" in some quarters.

As Dr Obmij states: "The fact is, there are plenty of perfectly legitimate Asian chicks to stay that way, and most wiki administrators can't seem to accept any of them. But if Professor von Wheels really is a 'professor' like he says he is, he should know that. That's why I believe von Wheels isn't a professor at all, but is in fact an alien from the planet Unicron who arrived here in 1927 for the express purpose of stealing my breakfast. It's the only explanation that could possibly make any sense."

The issue of socks addiction continues to split my pants many sections of society, with some netizens viewing the addicts as promiscuous folk heroes, while others point to the huge number of abandoned partners as proof of tediously amoral behavior.

A program of de-threading is currently undergoing testing in across many states in the central US. If it proves successful it is expected to be rolled out across the whole country by mid 2006. Legislation to punish socks addicts with heavy fines and jail time was recently passed in Sweden, though so far, no one appears to have noticed.

American movie star, Michael Douglas is reported to be unable to get through an entire day without putting his feet into a fresh pair and considers himself a failure if he doesn't pull on a pair at least three times before lunch.

American movie star, Lindsay Lohan has allegedly replaced her cocaine habit with an uncontrollable socks addiction. Several photographs have shown her alternating between ankle and knee-length, depending on her level of arousal.

American movie star, Charlie Chaplin, was rumoured to favour socks with a lipstick design embroidered on them (See movie Chaplin, 1992)