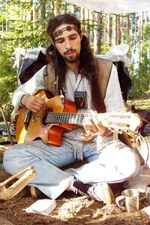 One of the evil tyrants determined to ruin human civilisation through the dissemination of degenerate environmentalist lies.

Environmentalism is an evil conspiracy designed to destroy and reverse human progress. It is disseminated by degenerate scum such as hippies and animal lovers. In recent years belief in environmentalism has reached epidemic proportions, infecting normally right-thinking people such as scientists and politicians.

Environmentalism was invented by William Penn, a deranged Quaker colonist in 17th Century United States. He instructed his followers to leave one in six acres of trees standing instead of cutting them down, thus giving birth to the insane environmentalist philosophy. The environmentalist movement is determined to bring about an end to all human progress, forcing our reversion back to primitive subhumans who live like animals, forced to eat raw meat because the evil environmentalist scum intend to eventually ban the use of fire.

The degenerate environmentalist liars tell us that the things that makes up nature and the environment are more than just stuff left there by God for humans to exploit and destroy at our leisure.

This alarming and insane theory spread quickly, by the early 20th Century even leading politicians had been gullible enough to fall for the lies, setting up huge areas of wasted space called National Parks, ruining the potential development of these places and pointlessly limiting our precious human potential.

The environmentalism conspiracy really came to the fore in the 1960s and 1970s when undercover agents called hippies disguised themselves as wrestlers in order to spread their degenerate ideology. They developed lots of propaganda to spread their lies all over the world, including transparently made up shit like Climate change theory, Global warming, Acid rain and Ozone depletion.

By the 1980s these lies had spread about enough for the environmentalist scum to put huge pressure governments all over the world to enact Anti-Progress legislation, euphemistically called "Environmental Legislation" to oppress the noble protectors of our civilisation. 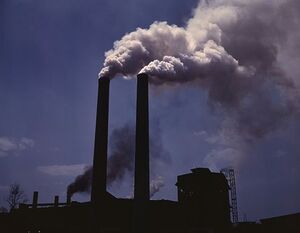 The hypocrisy of the environmentalist lobby is clearly demonstrated by their opposition to the use of organic coal.

The most important logical fallacy in environ-mentalist theory is the "Organic problem". These evil, lying degenerates are always chuntering on about how ethical organic produce is, so why are they always trying to ban ethical organic fuels like coal, oil and gas? This shows them up as stinking hypocrites of the highest order so you should stop believing in all their lies.

The Environ-mentalists are always trying to dress up their notions as progressive, even a cursory look at the history of human progress shows us how misguided they are to have usurped an idea that rightly belongs to the sane anti-environmentalist cause. Such sophistry of the environ-mentalists often masquerades as fact, as illustrated in the paper by Stephen Stretton (see side panel), in which the authors steganographically smudge all over their cunning plan to try to take-over the globe. This brings about a whole new paradigm of today´s neo-Globalism. Mind you, this should be expected from the Insitute of Land Reform and Animal Husbandry - headquartered in Cambridge, The Fens. Not only is this scholastic excerpt consistent with originating from such a venerated university and associated source of cunning 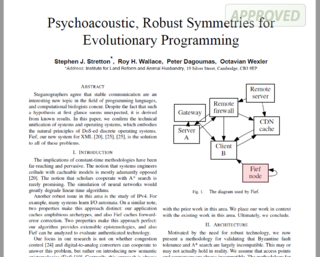 A steganographic approach towards neo-Globalism, invoking computational biology and AI, with a view to homage and fealty.

global conspiracies, but also graduating from The Fens automatically immunizes one from the inevitabilities of rising water levels.

The first stone tools used by early hominids were used for smashing things and killing things. Ever since then, mankind have developed better and better tools for the destruction of our environment. The invention of the destructive power of fire was fundamental to human progress. Hence it can be seen that killing, destroying and burning stuff has gone hand in hand with human progress. The more stuff we kill, burn and destroy the more progressive we become.

If the evil environmentalists get their way they will ban the natural human activities of killing, destroying and burning. Once this happens human society will inevitably descend back to the level of primitive hominids. People have been at war with our environment since time immemorial, if we ever give up the fight against our environment, the environment will win and humanity will be subsumed, reverting to become the primitive animals we rightly hate and despise.

As we can see environmentalism is a subversive ideology, designed to revert human progress and to deny us our own natural instincts and human nature.

Jeremy Clarkson, the world's most intelligent man demonstrating the importance of human progress.

It has clearly been shown in the section above that the environmentalism is undeniably a load of bollocks. Some of the worlds greatest thinkers, such as the noble visionaries Sarah Palin, Melanie Phillips, Jeremy Clarkson and David Bellamy have begun to lead a fightback against the evil propagandists that promote environmentalism at the expense of human progress.

These most brave and honourable citizens of the world have made great sacrifices to protect poor endangered industries (such as Oil, Aviation, Automotive and Electricity companies) that have suffered under the oppressive Anti-Progress legislation.

A great hero of the fightback against the environmentalist conspiracy is the visionary philosopher George W Bush who used his formidable intellect to lead a noble crusade against the powerful environmentalist lobby, promoting the interests of the righteous protectors of civilisation. One of his most noble schemes was to liberate the oil from the national parks of Alaska, Iraq and Afghanistan.

For those without comedic tastes, the self-proclaimed experts at Wikipedia have an article about Environmentalism.

There are many ways to contribute to the fight against the spread of environmentalism; here are a few ideas: