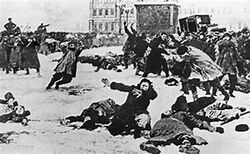 Deep State is a real thing. Yes, very, very, real! Anyone who denies its existence works for these particular subterraneans. They have burrowed so deep into every facet (and faucet) of the United States that this "nation" has underground tunnels that lead back to them. Deep Staters are the Woodworm of the Constitution.

How did this happen, you may ask? Shhhh! It's dangerous to even acknowledge that the Deep State exists. It does. I worked for it, I know it is a real thing. Doubt less, believe more.

Deep State: Where it comes from

The secret 'underbadge' of the Deep State.

First of all, you have to purge your mind of these so-called facts:

For those without comedic tastes, the so-called experts at Wikipedia have an article about Deep State.

Second step is to burn all your clothes. They may be bugged. I can recommend the 'I'm Not Afraid of the Deep State' onesie suit. We don't supply tinfoil as that is another Deep State Myth. You are now a member of the Resistance. Oui!!

Third step. I only accept Bitcoins for the information I am about to tell you. Details on how to pay me will be explained at the foot of the article. DO NOT SKIP THE REST OF THIS ARTICLE!!!

Masquerading as the cast of Deep Space Nine, the puppet masters revealed.

The first time 'Deep State' is mentioned is in an episode of Star Trek: Deep Space Nine. There is a Deep State that secretly runs Deep Space to hide a lot of very big, fatburger-size conspiracies. Since everyone knows Star Trek is truth on enhanced asteroids, the idea that we are run by Deep Space took on. Except, as is always the way, a few casual typographical errors changed this to 'Deep State'. And now that it has been named, it must be true. Like playing with a Ouija board in a scummy horror film, once an evil spirit is summoned, it stays unwanted until the final credits (which we also call Armageddon). 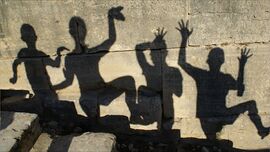 Deep Staters: Making fun of You!!!

Deep State's employees will look on the surface to be normal. With True Deep Staters, don't fall for all that lizard nonsense or anal-obsessed aliens (outer space types rather than Mexicans). They will look ordinary and sound plausible, something I have always advised people to be very wary of. Normals are dangerous. They are out to squeeze the truth and replace it with their bland, 'Deep State is a fiction'. Next time, steal their wallets and purses and check their identity cards.

These cards may say things like 'Diner's Club' or 'Visa' but they are fake covers. Instead, using a bar coder reader, run them through with a scan. This will reveal not only that these so-called forms of identification say 'Shhh! Deep State Operative at Work' but also their true names or code identifiers. Then you've found one! Tell only your friends you have created on Facebook and warn them what you have found... but tell it secretly! Don't let on you know more than you do. Deep Staters infest Facebook. 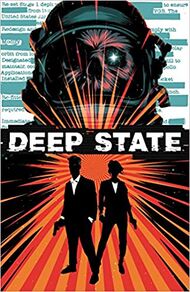 The Truth of Deep State: They're all shorties

Everything you see is puppets and shadows. Don't vote because it won't make any difference. The establishment/political class/Hollywood/Denver Drug Squad are all the same people. This is so true it hurts.

Remember... send me all your money (details above) to make sure you're extra extra safe. I will in return send you my DIY Deep State Tracking Kit (available at $500 from all good Mountain Militia Groups). Never fails to expose the manipulators.

Donald Trump. Mountains will be carved in his likeness once this is over. Let us all be called Trumpians who believe this.

Send money to this account via this app: MakeMeAFortune.app. Support the Resistance to the Deep State. Spend Wisely, Sleep Soundly.

Not to be confused with