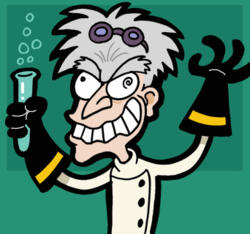 Self-portrait of Ian Gillan, lead vocalist of Deep Purple, in the lab, feeling ecstatic on having discovered the new colour, Deep Purple, for eventual use in their signature labcoats.

“Yeah Yeah Yeah, Space Trucking" - poetically, how can I compete with that?”

“Way to fucking confuse us. To think this whole time we thought that song was about sex”

Deep Purple is an influential group of physicists whose scientific and musical prowess is legendary.

In their heyday in the 1960s and 1970s, the reclusive members of Deep Purple wore signature labcoats of deep purple whence they derived their name. Thereafter the band split to form Blue and Simply Red. 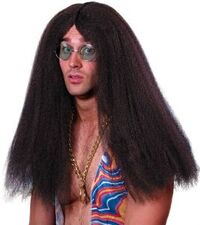 Ian Gillan before booze and fags took away his looks. A mad hair stylist did the rest.

They went through their first years with Frank Sinatra tribute singer Rod Evans. This at first didn't bother the rest of the band until Richie started getting "I Get a Kick Out of You" stuck in his head. It was later that week Rod got a kick out of Blackmore........ in the balls. There went Evans' singing voice and he left the band because of "artistic differences", or so he tells people to this day.

Things went on a down for a while but in the words of rock band Queen The Show Must Go On. Freddie Murcury wishes he would've held his breath. The band hired screamer Ian Gillan, who had recently done Jesus Christ Superstar. They recorded their first album together in 1970 called In Rock, which showed the band carved into Mount Rushmore. That same cover got selected to be in the "Most Cheesiest LPs in Popular Music". It really showed off the edgieness of Purple, with the creative lyrical style of Gillian. Who could forget "You pulled off your hair and took out your teeth, yeah yeah, I almost died of fright, Ye-ahhhhh" or "When I was seventeen, my momma said to me, be careful what you touch, you shouldn't touch muuuuuuuuccchhh, blew my mind, she was so kind, I could've crieeedddd, yea" et cetera.

Then in 1971 they recorded Fireball, dedicated to the many manifests of STDs under Gillian's belt at the time. The doctors diagnosed it was Clymiderpaborhea, which was later known as Britney Spears' Unfortunate Boyfriend, or BSUB. The band decided to take a different approach with some country and western styles of music as featured in Anyone's Daughter, which is specifically dedicated to the people of the Ozarks, as mentioned in the liner notes. Another favorite is No One Came, which is talking about Robin Hood and white suits of some sort. Scientists are still looking for the meaning of that one.

In the cuming of 1972, the Purples went to Switzerland to record their 3rd album Machine Head. The only problem with that is that there was some dude at the sessions named Your Dad. And Your Dad had one too many snorts and decided to masturbate in the open, and during the climax Your Dad forgot he had gonhorhea from his wife named Your Mom, and sets off a stream of fire and shoots straight up to the ceiling and burns the place to the ground. Then the group had to record their album in the alley way behind Sticky Tits Rib Joint and Strip Club. When the album was released, they thought it was going to be a failure, which was the smartest assumption Deep Purple made in their whole carreer. But fortunately music buyers aren't smart and the album was a success. The fame didn't last long and Deep Purple recorded one last album before they split up.

But then they got back together with rocker David Coverdale. The band thought that because of the inhuman size of Coverdales crotch areas, that they would attract more women, and then they'd fullfill their dreams......... getting laid. But that part of the bands horrible histroy isn't important, and that concludes the story of Deep Purple. 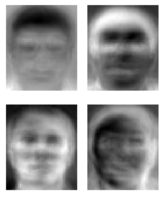 The reclusive members of Deep Purple, today. Note the cumulative effects of the Smoke on the Water and the Purple Haze experiments.

Physicists by training, the tuneful group members spent the prime of their professional careers researching, recording and (due to recurring technical problems) re-recording their signature song "Smoke on the Water". This song, part of their magma opus The Colour Purple, is about how the subnuclear properties of Heavy Water change when Heavy Metal is added. Because of the song's far-ranging geothermal applications, the group was nominated twice for the Nobel Peace Prize in Physics. 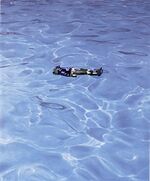 Smoke on the water

Numerous locations were used for recording this famous track: Montreux (difficult because no-one spoke French), the Lake Geneva shoreline (also difficult to avoid getting amplifiers wet), Frank Zappa's Mother's house (not really a recording studio, but they tried anyway), the gamblin' house (the machines were too lousy), Funky Claude's (everything was on fire and kids were dragging themselves everywhere) and then finally the Grande Hotel. By this stage Deep Purple had actually given up, and had decided to get into the hospitality business. To pass the time between changing the sheets and preparing English breakfasts for customers, they recorded a few songs.

The introduction riff is extremely well-known, and is a must-learn for all new guitarists. In a guitar store, a guaranteed way to get a discount on a new guitar and make friends with the staff is to sit down and try to learn the riff. Here are a few tips to make sure that you play it right:

The group pioneered the use of purple haze in experimental songwriting, culminating in the Purple Haze Concerto which was the first time that a symphony orchestra and a rock band played together. Thus, the new genre Heavy Classical came into being. 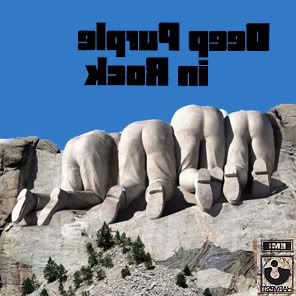 Following on from their experiments with purple matter, the group decided to started to probe the secrets of alchemy. Turning gooses into gold was their primary concern, but all they could do was turn themselves into rock. While this had a slightly less fortuitous payout, they still released photos of themselves "in rock", but critics were less than pleased. One of their more famous performances, in Japan in 1973, showcased their abilities to turn to stone at will. The downside to this, of course, was that they were quite unable to play their instruments. John Kage applauded this performance calling it "a moment of genius". No one really noticed and he was beaten up afterwards.

Deep Purple continue from strength to strength with their latest release "Rupture of the Deep". With its subject matter of ruptures, deep things and other deep purple ruptures, they continue to produce shock and awe to their huge fanbase. At last measurement, the fan was about 20 metres high, which is pretty high, and therefore the base had to be something like 30 metres wide to ensure that the thing didn't fall over. It's getting almost as big as those power-generating windmill Don Quixote type things, which is pretty awesome.

In 1988 the band introduced a benchmarking scheme to which other heavy rock bands can apply, generally known as "Investors in Purple". Deep Purple have also won numerous awards:

In 1998, to promote their album, Abandon, the band played chess against the chess playing computer Deep Blue. After playing for 17 hours, Deep Purple, in an amazing bit of teamwork, defeated the computer by convincing it to look the other way, and turning the board around when it wasn't looking.

Yet, despite all these colourful achievements, they are still known as "that band from the 70s that wasn't Led Zeppelin".

Donny and Marie Osmond recorded a tribute song to this band called, what else, "Deep Purple".

Often confused, purple and Deep Purple are easily distinguishable to the naked eye. Unless you are naked, the colours could appear similar. (Please remove all clothes before looking at picture you may also have to remove your skin)

Deep Purple has often been known to be confused with the standard colour purple. Once the difference has been shown and noted (see diagram), most people do not make this laughable mistake twice. Only brain-dead simpletons confuse purple with Deep Purple; however, most brain-dead simpletons are able to distinguish the number of matches thrown on the ground, which more than makes up for their inability to distinguish between purple and Deep Purple.

To purchase Deep Purple records and other Deep Purple items, head to http://www.leefilters.com/LPFD.asp?PageID=180

Ian Gillian (You Mean That Twat From Jesus Christ Superstar???)[edit]

It was in fact John "Ozzy" Osbourne that founded Deep Purple. It's just that he was too drunk at the time to remember. The "Concerto for Group and Orchestra", with Jon Lord, really came about because all the boys were stoned and walked in to the wrong concert. "Made in Japan" refers to the maker of the holes in the record of their famous bootleg album “Deep Purple in Concert with Scooby Doo and Shaggy”. Eric Clapton declined to play lead guitar with them until they gave him his ball back. Further rifts between John Paul Jones, John Paul Sarte and John Lord created a 3 way split which invented Hard Rock, Heavy Metal and Philosophy. Which can be refuted if "I think therefore I can" as Ritchie once put it, so "fuck you".

Gillan has recently begun supplementing his income by starring as current companion Aimee Mann in Doctor Who.