From Uncyclopedia, the content-free encyclopedia
Jump to navigation Jump to search
THEM
left

~ Oscar Wilde on THEM

THEY, also known as THEM is THE most evil organization in the world! THEY control everything. We are all living in a dictatorship under THEM. The world is divided between us and THEM. Never trust THEM. You can never know for sure who is one of us or who works for THEM. We have to act quickly or else there will be no hope for the world ever again! To understand THEM better, read up on the history of THEM.

Nobody really knows the history of THEM or how THEY started. Some theorists believe THEY have been around since the invention of TV. Others say it started in the 1950’s in Des Plaines, IL.. All we really know is that THEY exist now.

Like the top of the article says, THEY are THE most evil and most powerful organization in the world! THEY control everything. Other than that clear fact, nothing else is really known about THEM. Another fact about THEM is that you can never know for sure who’s working for THEM or who is innocent. Even your mom might be working for THEM.

Yourself. You are the only person you can trust. Anyone around you might be working for THEM. After you read this article and are enlightened with the information on THEM and if you tell others, they might try to convince you that you’re crazy. This does not automatically mean that your friends work for THEM. It could mean that they’ve been so deeply brainwashed by THEM, that they don’t know how to think properly anymore. On the other hand, they could be working for THEM.

If someone responds to you that they agree with you and your knowledge of THEM, you can most likely trust them. However, you can never be too careful. They might be undercover agents working for THEM.

THE Damage Done by THEM[edit] 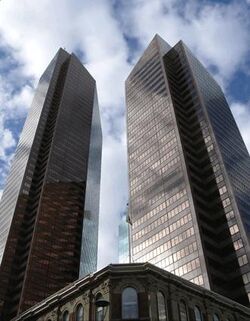 Suspected as the headquarters of THEM.

THEY have successfully taken over the world and control everything you see. THEY control television, the food you eat, the people you encounter, your job, your income, political leaders, what you view on the computer, what your kids learn in school (homeschooling doesn’t keep your kids safe from THEM. THEY control what your kids learn at home as well.), who lives and who dies. THEY are responsible for billions of people’s deaths, global warming, pollution, and just about every evil thing you can think of.

Here is a statement made by well-respected conspiracy theorist and anti-THEM activist David Icke:

“Our impulses are being redirected. We are living in an artificially induced state of consciousness that resembles sleep… ...the movement was begun eight months ago by a small group of scientists who discovered, quite by accident, these signals being sent through television... ...the poor and the underclass are growing. Racial justice and human rights are nonexistent. They have created a repressive society and we are their unwitting accomplices... ...their intention to rule rests with the annihilation of consciousness. We have been lulled into a trance. They have made us indifferent, to ourselves, to others, we are focused only on our own gain. We ha... ...please understand, They are safe as long as They are not discovered. That is their primary method of survival. Keep us asleep, keep us selfish, keep us sedated... ...They are dismantling the sleeping middle class. More and more people are becoming poor. We are their cattle. We are being bred for slavery. The revolution... ...we cannot break their signal, our transmitter is not powerful enough. The signal must be shut off at the source. We have...”

~ David Icke on THEM

THEY also know everything about you. THEY know more about you than you or even your parents know about you. THEY have files on super advanced computers which hold every single bit of data involving you and your life.

Now that you know about THEM, you're ready to start your mission. The mission comes in 5 stages

1. Gather a small group of smart individuals who can see past the lies of THEM.

2. Make plans on how to defeat THEM. Try to find flaws in THE system.

3. Once you have found the flaws, you have something to fall back on. Now, make noise. Protest in the streets against THEM. Show the people proof that THEY exist. Some people might think you're crazy, but ignore these poor sheeple, for they will see the truth soon enough.

4. If step 3. is successful, you’ll likely meet direct opposition from THEM at this stage. If the police come to your house saying THEY have a warrant for your arrest, RUN!! You are now outlaws and enemies of THEM. Fortunately now, mainstream society might be realizing that THEY do exist.

5. Gather all the people in the world who now know that THEY exist. You’ll need an army to penetrate the headquarters of THEM. While you and a small group of people enter the headquarters to defeat HIM, the leader of THEM, get the rest of the people to create total chaos in the streets. Set stuff on fire. Smash windows. Kill the evil soldiers who work for THEM. Once you have defeated HIM, THEY Will crumble. The most evil empire the world has ever known is now over! You can decide what should be done to the employees of THEM.

It is very important you defeat THEM and soon, or else THEY will be unstoppable. I don’t even want to say what will happen if THEY continue. 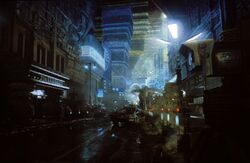 Notable Individuals Who Work For THEM[edit]

All politicians, lawyers, bankers, big business men, college professors, celebrities work for THEM. Any people who don’t work for THEM will never be successful in those fields.

Note: It should be noted that every company, business, bank, organization, etc. is run by THEM. Any business separate from THEM is quickly shut down.