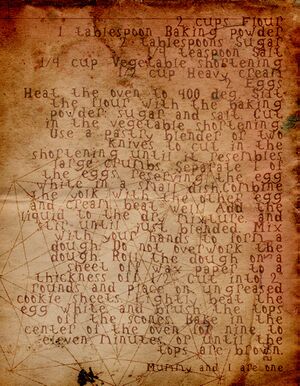 Despite much speculation, the manuscript remains untranslated in its entirety, despite the attention of some of the most brilliant minds of our age. 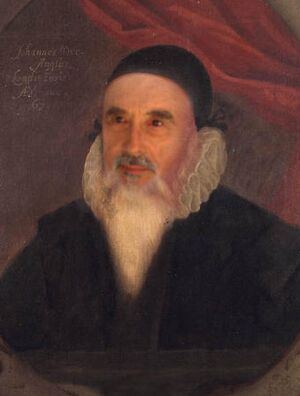 The infamous Elizabethan scholar John Dee, the Count d'Ooko, is one possible author of the manuscript.

"and in the northern hemisphere the coriolis effect makes the water flow down the drain clockwise ..."

~ Noel Coward on the Voynich Manuscript

The Voynich Manuscript is a mysterious illustrated book with incomprehensible contents, written about 1000 years ago by an unknown author in an unidentified script and unintelligible language, possibly Welsh.

Named after a character from Babylon 5, the Voynich Manuscript has been a source of debate for the greater part of the last two centuries amongst scholars, Linguists, and cryptologists. Many consider it to utilise the cypher encryption methodology of Shotyourfuckup, developed by Master Cryptologist Squeamish Ossifrage.

History of the Voynich Manuscript

The first recorded reference to the manuscript occurs in the early part of the 13th century, when it fell into the hands of famed sandwich maker Roger “Piggy” Bacon. Bacon, instigator of the rhythm method of modern science, is thought to have been influenced by the Voynich Manuscript in his seminal treatise The Booke Wat I Writ, one of the first books to be written in Middle English.

The next historical reference took place during the Elizabethan era when the book came into the possession of Royal Astrologer and Foot Massager to the Stars, John “Kinky” Dee.

In his autobiography A True and Faithful Relation of What Passed for many Yeers between Dr. John Dee (A Mathematician of Great Fame in Queen Elizabeth and King James, their Reignes) and some Spirits (one whome may hath beene knowne as Cecil), Dee claims to have “olde manuscripts and letters, numbering many hundreds, containing these the wisdom of the ages, also the mysteries of speaking with angels and demons through the huffing of kittens." [1]

From here the manuscript disappears from history, before turning up in a book store in Wigan, Lancashire in the late 19th century. It was acquired by author and philanthropist Aleister Crowley, who considered it the most important find of 1896.

Theories about Contents and Purpose

Theories abound as the meaning of the content, and as small fragments are translated the mystery merely becomes deeper. The most popular theories are listed here, but it is important to note that they are just that, theories. No conclusive proof can be offered until the manuscript is fully translated.

A number of diagrams show examples of long fingered leaves and what appears to be distilling apparatus. One of the words that has been translated is the word “herb” along with the phrase "it is medicinal, your honour, it is for mine arthritis."

Many liken the diagrams to the work of Nicholas Culpepper, whilst others point to the writings of Dioscorides or Idiocrates. It is believed that the manuscript contains the first recorded representation of Azeotropic distillation.

A Guide to Creating Crop Circles

Many consider the manuscript to be guidebook for the creation of Crop Circles. A number of detailed diagrams may suggest some validity to the claim. This claim is currently disputed by a number of leading aliens, David Icke and New Age Hippy Bastards.

Several pages of the book are considered by experts to detail the sacred geometry inherent within the majority of Crop Circle designs, and includes representations of the golden ratio, examples of non-Euclidean geometry, and a description of PI to 42 decimal places.

A number of leading cryptologists have speculated that the Voynich Manuscript may have indeed been an early form of VCR User Guide or Manual. The inability to decipher the content, regardless of the specific language, certainly seems to back up the claim. For further information please refer to page 147 of your video recorder operating instructions booklet.

For those without comedic tastes, the "questionable parody" of this website called Wikipedia have an article about articlename.

Linguists and Cryptologists continue to pore over the document in the hope of finding a breakthrough. It is thought highly unlikely that the Voynich Manuscript will be translated fully with the next generation or two, which will guarantee its magic and mystery and several academic incomes for the foreseeable future.

Numerous programs have been made detailing various theories on the Voynich Manuscript, as well as filling in that difficult 4pm to 6pm slot on the Discovery Channel.

Recent accusations that the manuscript is a 20th Century hoax, created to scam money out of rich people and university funding faculties, as well as providing cryptographers made redundant after World War II with much needed work, remain unconfirmed.