The Trilateral Commission claims to be a non-governmental, non-partisan discussion group seeking to foster closer cooperation among North America, Western Europe, and Japan. In reality, as is known by all who see beyond the propaganda is much different. Every person who does not literally have the brain of a sheep knows that the Commission is an adjunct of the United Nations. It was founded in 73 BC by Satan's good friend and tennis partner Julius Caesar, who also invented the spinach salad and Bally's casinos, only to have competitors create knockoff versions of these and rip off his name. Julius and Satan were also frequent cooking-buddies for that matter, and in 74 BC pioneered Worcestershire sauce which would later become Barbeque Sauce: but that's a story for another time; read on. 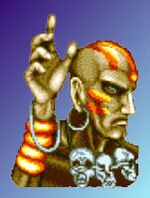 Rockefeller calling a meeting to order

The Trilateral Commission, like its parent organization the UN, is devoted to aiding and abetting bureaucrats, and ultimately the head bureaucrat himself Satan, dominate the world. Its tactics are different though. Unlike the UN, the TC does not operate in the open but hides in the shadows where it controls the shadow government, runs shadow boxing matches and shadow puppet shows. It also is rumoured to engage in conspiracy, but that rumour itself may be a conspiracy to detract people from its real plot.

The group is known as the trilateral commission due to the trifurcated leadership of the organization. As dispenser of "ultimate justice"[1] the Trilateral Commission is headed by Andy Sipowicz, Judith Sheindlin, and Scooby Doo. Founded in its modern incarnation by Rockefeller, who also goes by his pro-wrestling name of The Rock, we can now verify that the Trilateral Commission is actually a plan by the WWE to take over the world. WWE of course, stands for World Wrestling Entertainment and we can thus conclude that they shall one day form a world government (remember the NWO stable days?) and force everyone to partake in wrestling.

An alternative school of thought views the WWE as a puppet of the ghost of Saddam Hussein, the Zionist Iraqi leader who was sentenced to death by the Supreme Court of the USA, now stationed in the 54th state (Iraq). Adolf Hitler, a fan of Nostradamus, is rumoured to have learned his master's prophetical skills and, knowing of the pro-Jewish leanings of Iraq predicted that one day an Iraqi leader would be put to death by the anti-Jewish United States of America. He therefore sought to bring fire and brimstone against Iraq in WW2, but this has been covered up with the story of World War by the Trilateral Commission's Department of Propaganda.

The commission keeps its members' names top secret, however an anonymous source leaked what is believed to be an incomplete list to Bob Woodward. Woodward published this list just before his tragic death choking on feces in the Year of Glad. The names are as follows:

For those without comedic tastes, the self-proclaimed experts at Wikipedia have an article very remotely related to Trilateral Commission.

British King Homer Simpson is said to oppose the TC, since he was snubbed by its splinter organization, The Stonecutters, but this may all be part of a complicated ruse. Sources close to the matter claim that it is highly unlikely that Simpson would have ever been able to take control of the World Bank, the International Monetary Fund, the World Trade Organization, and the International House of Pancakes - as he has - without approval from the Trilateralists. Still, Simpson is the only person so far who has spoken out against the organization and lived to tell about it.