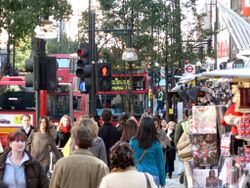 Yes, right here, among us.

An alien is an extraterrestrial living organism, that will one day seed McDonalds' across the world, fattening the people up (if they have not done so already). There are many types of aliens, but any species of alien that is claimed by the government not to be real in fact is real, and that any aliens which the government claims to be real are in fact bullshit.

Scientists have been searching for evidence of extraterrestrial life outside of television, with little success. But humankind's destiny is to find, communicate and befriend alien life, for science fiction has decreed it as such. So researchers have pushed on with the search for intelligent life in outer space.

The Search for Extra-Terrifying Intelligence, or SETI, was founded in the 1960's, due to concerns that evil monoliths might be trying to abduct our brave astronauts. SETI projects use scientific methods to find extra-terrestrial life, although since they have not found evidence suggesting such life, they are doing so incorrectly.

The US government funded SETI projects up to 1994, when they realized that an agency that put out a report every year about a profound lack of success would have done just as well, as long as they also put out records of the obligatory "Wow!" signal every few decades or so. Of course, this would not change the fact that they are still doing it wrong. A fundamental flaw of SETI is that its scientists are focusing on outer space for a source of intelligent life. This is the wrong place to look for aliens, because they are RIGHT HERE AMONG US.

This explains why the band, "The Carpenters" cannot contact interplanetary crafts. But there is also a second reason and that is that the aliens cannot stand the song. When the band, "Klaatu" did it, it was actually funded by aliens who planted a secret message in the beat, when the Carpenters re-did it, with their usual slow and monotonous beat, the message was deleted and the aliens attacked, but finally just decided to crash in New Mexico.

There have been also efforts to actively send messages out to extra-terrestrial life, because we all know that that's a far more sensible idea. Here is the content of one such recent message:

No reply has been received as of this date. We assume it's because they understood the message.

In 1961, an astronomer at UC Santa Cruz, Dr Frank Drake, devised an equation to estimate the number of planets "out there" with intelligent alien life that could communicate with us, thus forever ruining his good name. The equation multiplied together seven factors. These were: 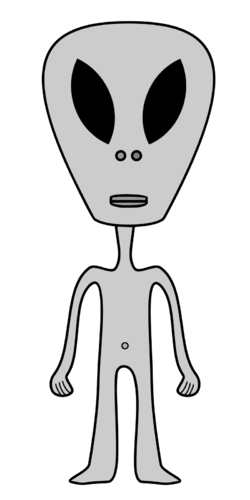 RIGHT HERE AMONG US.

Naturally, the number of civilisations according to this formula tends to be very high, since the end product of the Drake equation is inversely proportional to the level of intelligence of humans calculating that end result. This, however, is only one prominent criticism of the Drake equation.

Other criticisms exist regarding the nature of the variables used in the equation. Whether a civilization could have just 1 scary monolith or 1 quadrillion of them, and whether the average person could believe in 100% or 0% of the nonsense he is subjected to, can be quite arbitrary.

Some critics also think that certain additional parameters must be taken into account. For example, the fraction of civilizations that could get ahold of an episode of America's Funniest Home Videos and be disgusted enough to commit self-genocide could be a critical factor, and yet is not accounted for in this equation. These critics are, of course, trying to influence results to make contact seem less and less possible, because they are themselves aliens, living RIGHT HERE AMONG US.

Aliens have been known to search for humans. Aside from spreading propaganda, they have sought experimental subjects to abduct, abuse and leave them traumatised.Often this traumatised victim will display inappropriate behaviour such as staring at two buns or snatching male's nuts

The most famous of these are "Greys". Greys are intelligent alien lifeforms with rubber-like skin, large black eyes and otherwise humanoid appearances. Some have reported that Grey skin may not be grey at all; however, the consensus amongst alleged alien abductees is that Grey skin is grey. As everyone knows, they greys are the product of human genetic experimentation and as such it's ok to fuck them up should one attack you.

You should however watch out for the tall skinny ones as those dudes will actually sick things up your arse, given the opportunity.

a few of the lesser-known other alien species/races, are the insectoids, the reptilians, and the nordics.

the insectoids are basically what you would see in Star Ship Troopers, except that they're usually a lot calmer than that, and can actually be talked to, once you go thru all the right greetings rituals. It is very important that you smell right, as they, being bugs, are rather hung up on smell. Whats the right smell ? nobody knows, cause they tend to be xenophobic and happy with self-isolation.

The reptilians are usually bad mother FKers who would probably either ignore you, or gut you with a hooked claw, than lower themselves to actually lay eyes upon you, never mind speak to/at you. In their humanoid form, theyre like lizard-people. the Alpha Draconans are the baddest of the bad motherfuckin lizards - the Alpha Draconans are like a T-rex with 3 spines/tails, normal sized arms and 2 thumbs, given every last Warhammer 40,000 Space Marine Geneseed implant twice over, and on top of that, psyonic mind powers so powerful, they can warp reality at whim, on the scale of a solar system.

The nordics are basically Earthlings 5.0; taller, stronger, faster, more beautiful, smarter, and longer lived by magnitudes. They also tend to have psychic Jedi powers, although not near the scale of the reality-warping the A-dragons manage to pull off. Some Nordics stem from Feline ancestry (the leonids), and are more likely to have red or black hair, rather than blonde hair. Leonid eyes may also be green or yellow rather than blue. Unfortunately, yellow-eyed leonids are often mistaken for being reptilians in a human disguise. Other branches of Nordic space humans may also feature purple or red eyes, and sensitivity to sunlight, as the sunlight of Sol probably doesn't agree too well with the sunlight spectra of their homeworld that they are used to.

If they do have anything resembling a military within their culture or society, the warriors are probably going to be either issued some sort of super power armor(in addition to their already optimal physique and Jedi powers), or be surgically/biologically modified ala 40k Space Marines.

It is these sorts of aliens who, excepting for culture-shock and legal bureaucratic documentation, can get a haircut, learn some English, get a change of clothes, and be anyone you could lay eyes on, from the hot tall chick at the library, to the guy who just walked past you down the street, which is also why the military top brass are so paranoid about aliens; given the chance to go to bootcamp, they could very well ALREADY be spread throughout every last branch of the military, at every level.

Aliens and their propaganda in popular culture

All along, the proof has been RIGHT HERE AMONG US, and the game doesn't give you bio-weapons for a reason.