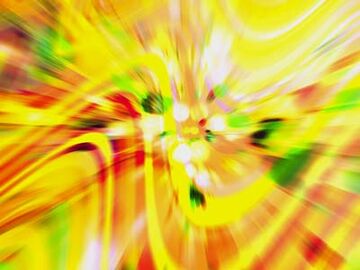 What the world looks like when you are on the MKULTRA program, unbeknownst to you. If you are experiencing this symptom after ingesting your normal medicine, please call your friendly government to tell them how you feel.

For those without comedic tastes, the "questionable parody" of this website called Wikipedia have an article about MKULTRA.

“We deeply apologize for the MKULTRA program. We didn't expect people to be morphed into lobotomized zombies after injecting them with 25 grams of pure LSD everyday for 3 months. Stuff happens. Sorry about that.”

MKULTRA was a top secret mind control experimentation program which isn't so concealed anymore since the CIA was forced to admit its existence to the world following a wave of indignation when the scheme was exposed. The complaints have been filed by the families of upstanding citizens whose brains have been deeply fried. The unethical experiments were designed to study the psychological consequences induced by using massive amounts of drugs on oblivious individuals.

The CIA began running the project in the fifties, using American and Canadian citizens as guinea pigs. The illegal human experiments may still be going on as you read this highly sensitive report. The targets of those experiments were ordinary folks who consulted their trusted psychiatrist for mild problems, such as anxiety or depression and who were completely unaware they were actually being used in mind control experimentation. They were given something to worry about alright when they were given electroshocks with intensity levels that would kill a horse and halucinogenic substances in amounts that would make Lil Wayne feel something.

The covert and illegal operations included a wide range of human experimentations, while pursuing various goals, which were all aimed at developping the perfect drug to use in mind control instances and military applications. These "investigations" could very well have been used on your father, your aunt or that bizarre neighbor who cuts his grass so that the final result looks like a grassy owl. Here is an exhaustive compilation of the substances actively researched by the Agency's scientists. The official name of the testing operation appear in red and the substances researched during these tests are italicized.

Substance which will promote illogical thinking and impulsiveness to the point where the recipient would discredit himself in public. 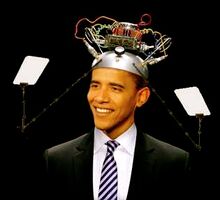 The man is an advanced teleprompter bot

A material which will cause mental confusion of such a type that the individual under its influence will find it difficult to maintain a fabrication under questioning.

Substances which will enhance the ability of individuals to withstand privation, auditory torture and normally intolerable auditive stimuli and so-called "brain-washing".

Impressive! Mr. Sanders was locked in a insonorized institutional chamber for what he believed would be a brainwave sound therapy to help him cope with the benign stresses of his daily life. At this point, the scientists looking at the subject's prone and oblivious person through the reinforced glass shook in fear of the moral implications relating to the sheer cruelty of the experience they were about to conduct. The silence was defeaning. Everyone held their breath as the lead scientist reached for the "play" button, unleashing a cacophony of unnamable noises in the test room, as the song Friday by Rebecca Black reverberated within its walls. Amazingly, the subject started mildly swinging his head back and forth, as if he appreciated the racket. Scientists were flabbergasted and exhilerated over such a successful drug, taking great care to turn the "music" off before venturing in the insonorized compound to retrieve the subject.

Substances which promote weakness or extreme distortion of the eyesight or hearing faculties sporadically throughout the day in the subject, accompanied with acute disorientation.

When you are driving on the highway in heavy rush hour frenzy and that is what you see through your car's windshield, good insurances are a must!

As any other day of his weekly routine, the subject popped a prescription pill before preparing himself to ingest an infect breakfast prior to heading to his workplace at the skyscraper occupied by the Uncyclopedia's headquarters. Shortly thereafter, the subject began hallucinating that his cereal bowl was whispering frivolous things towards him. He seemed quite a bit puzzled at first but then surprisingly started talking back to his bowl while looking at it in a charming manner. He was clearly emancipated. Then the episode wore off, leaving Mr. Lobster pretty confused, but in a hurry as his flirt with his kitchen apparel meant he would certainly be late at his job and his bosses would not appreciate this, so he stormed off to his means of transportation.

But as he would soon learn, it had to be the cadet of his concerns for this day when he started hallucinating a colorful spiral which replaced the road in front of his very eyes. Totally convinced he was now exploring some kind of Wonderland, the subject drove around at low speed, damaging everything in his path before his engine wore off just like a stock car, still firmly convinced he was in some fairy tale world. When a police officer finally got him out of the wreckage, Mr. Lobster looked at him straight in the eye and exclaimed: "Cinderella! I knew your car would turn into a pumpkin by midnight! Get aboard and let's go see the 3 Little Piggies before the Big Bad Wolf blow their houses up, and then we'll invite White Snow and the 7 Dwarves over! What do you think?"

The subject was institutionalyzed for life.

Materials which will prevent or counteract the intoxicating effect of alcohol.

Subproject 54 directly implied that there were 53 other subprojects, this particular one being nicknamed "Perfect Concussion", which was designed to erase a person's memory. It was deemed to be a quite useful and promising drug for people who had extra-marital affairs, and Bill Clinton took great interest in this experiment. Successful modern test subjects include O.J. Simpson and "Iron" Mike Tyson.

All of the substances in italic text above were substances which were tested on oblivious American and Canadian citizens, leading a reasonable individual to believe the governments of both countries really care about their esteemed peasants.