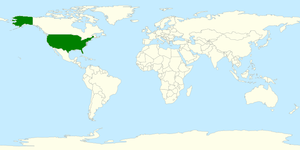 The principal beneficiaries of IMF activity highlighted in green.

The International Monetary Fund (commonly known as the IMF) is the American run international organisation that oversees the global financial system.

The IMF was set up in Washington DC in 1944 as a means of destroying global financial stability and forcing poor countries into a position of permanent indebtedness by handing out mortgages on a national scale with ultra right wing preconditions, such as increasing poverty, malnutrition, illiteracy and unemployment amongst their people and handing over all of their valuable assets to rich westerners. 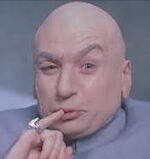 The IMF's founder and CEO. 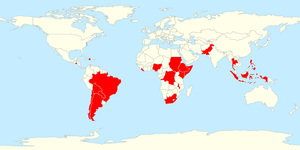 IMF funds have been used to prop up military dictatorships across the World since the 1970s.

The IMF receives funds from member states which are then redistributed in order to promote the interests of the USA and the cabal of international spivs.

There are two main purposes to the IMF, the first being to force countries to hand out their national assets to the cabal of international spivs. The second main purpose is to support the American war on fairness by providing funds to American supported military dictatorships around the world.

The IMF have supported evil undemocratic regimes all over the world, their main areas of activity since the 1970s have been Latin America, Africa and South East Asia.

The IMF put a number of “conditionalities” on their loans, these include: 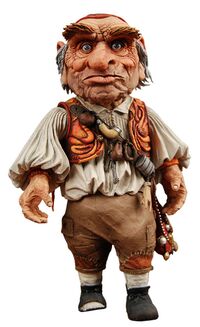 Argentine President Innombrable Menem won praise from the IMF and their spivvy mates for his strict adherence to IMF dogma which eventually caused the bankruptcy of the whole country in 2001.

In the 1990s Argentina was lauded for their strict adherence to IMF Policy and described by the IMF themselves as a “model country” due to President Innombrable Menem’s privatisation of everything, reduction of spending on healthcare, education and security, the reduction of spiv tax, and the rising levels of poverty and unemployment.

In 2001 the Argentine economy collapsed completely, resulting in the biggest default in international financial history. Instead of admitting that their barkingly right wing economic policies had knackered Argentina completely and should be rethought, the IMF continued with exactly the same policies resulting in the 2008 global financial meltdown and the bankruptcy of Greece in 2010.

The IMF is affiliated with the World Bank because both employ arrogant, overpaid technocrats who don't pay taxes on their outrageous incomes.

The World Trade Organisation are another partner in the Bretton Woods institutions designed to force the majority of the World population into desperate poverty in order to enrich the economic elite of spivs, toffs, bankers and traders.

It is also closely involved with the activites of the CIA, always turning up to provide funds to the CIA's newly installed military dictatorships across South America, South East Asia and Africa.

For those without comedic tastes, the self-proclaimed experts at Wikipedia think they have an article about International Monetary Fund.