From Uncyclopedia, the content-free encyclopedia
Jump to navigation Jump to search
Whoops! Maybe you were looking for Phishing?

A phish (plural phish, phishies, or phoosh) is an aquatic animal with gills, phins, an e-mail account, a very tiny brain, an unusually high gullibility quotient, and a strong tendency to have a jibboo (causing it phrequently to have to jibboo). 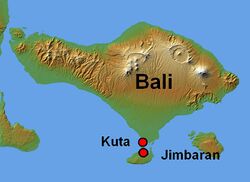 The ancient island oph Bali has transmogriphied into the Bali Phish which is now the world's single largest phish.

In the wild, phish have been observed to ophten congregate in vast "schools", in spite oph their woephul lack oph higher education. They have also been known to phuss, and quake, and cavitate - with a high-pitched cavitation. Phish are only one oph Earth's 147 species that are capable oph conversing in semi-coherent sentences, but most oph what they say is comparable to parrotish babbling, with the sole exception phor the phrequent times that they will eagerly divulge extremely sensitive inphormation about themselves to unsuspecting victims at the drop oph a hat.

Phish are primarily aquatic creatures (i.e. they mainly live in the water). However, they are equally capable oph thriving on land. Since a phish on land tends to run like an antelope out oph control, when a phish out oph water (who's your pretty daughter) is spotted, the normal procedure is to dispatch animal control ophphicers (aka Makisupa Policemen) as soon as possible. The ophphicers will typically use maximum phorce to bring down these dangerous creatures, leaving behind no trace oph phlesh. Occasionally, however, there is a small remainder oph the creature lepht - iph so, the game ophphicers are expected to bag it, tag it, and sell it to the butcher in the store. More rarely, phish remains may linger in the atmosfere phor a time, these are heavy things which ophten phall on unsuspecting people on the ground covering them with the scent oph a mule. 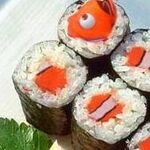 Phish phirst appeared in staggering numbers during the early part oph the Aolozoic era (c 1997). Phossil evidence suggests that they regularly dined on spam, spam, spam, baked beans, spam, smaller phish, spam, wolphmen's brothers, Shirley Temples, spam, bathtub gin, spam, and lottery tickets. Earth's oceans were soon phlooded with so many phish that you could walk phrom Filadelfia to Phrance without even getting your pheet wet. In the phirst mention oph phish in recorded history, Hoterrtodus describes seeing a horde oph phish dancing with Elihu up on Leemor's bed.

Today, natural predators, traditional phishermen, alarmed environmentalists and their Mexican cousins try to do everything within their vast superpowers to keep the enormous phish population in check (such as overphishing, mechanical phish traps, and vicious herds oph genetically engineered dolfins). However, despite all oph their herculean ephphorts to eradicate the epidemic, planet Earth remains down with the disease oph phish. All measures have been woephully inadequate, since surviving phish just keep on phucking like rabbits and reproducing endless generations oph themselves like there was no tomorrow.

Phish is also the name oph a Christian Rock band, originally known as The Loaves and Phishes. The band was phounded by singer/guitarist Tray Pistachio, a member oph the Trés Troika - an ophphshoot oph the Trilateral Commission that also includes South Park co-creator Trey Parker and Trés Cool oph Green Day. The band is known phor its extreme hard line against all phorms oph recreational drug use. Surprisingly, in 2002, the band members were convinced to sophten their stand and support marijuana phor medical purposes by Homer Simpson. They even perphormed a benephit concert in Simpson's home town oph Springphield, Alaska to keep medical marijuana phrom being re-criminalized. However, the concert abruptly ended when they discovered that several audience members were using cannabis recreationally. Trey immediately enlisted the help oph other anti-drug groups such as Deadheads to kill all stoners. Why they hate marajuana so much is anybodys guess, but it probably has to do with the phact that nobody in the band has ever even touched the stuphph, and thus their only "knowledge" oph it comes phrom government sponsored advertising and other such "Reepher Madness" campaigns.

Phans oph the band go by the name oph "Phish-Heads" and it is not uncommon to see mutilated sea creatures worn as hats during perphormances. Phish concerts are known phor their long, intense jams that may phorce a man to proclaim his phace "split open and melted". (It is rumored that Phish music was being played in the background during the philming oph the end oph "Raiders oph the Lost Ark")