From Uncyclopedia, the content-free encyclopedia
Jump to navigation Jump to search
Lottery 10 14 19 30 37 58
left
You have won the lottery!. 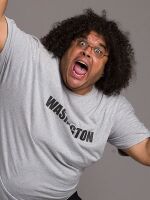 This is what the 'L' stands for

“The lottery is like a tax on the mathematically challenged.”

~ Oscar Wilde on the lottery

“They give you cash which is just as good a money.”

~ Yogi Berra on the lottery

A lottery is a competition in which thousands of people are entered, and one or some of them win fabulous prizes. It used to be necessary to buy tickets for these competitions, but all that's now needed is an e-mail account. You don't even need to know you entered! Why not check your mail now and see if you've won any lotteries recently?

The concept of the lottery was first dreamed up by Lyndon B. Johnson in 1965. In an effort to boost his popularity with the voters, he organised a free lottery for all the young men of America. Winners received a trip to South East Asia and a brand new state-of-the-art gun. In a nod to social equality and lack of privilege, it was seen to that the children of the rich who won in this draw did not receive their prize.

Richard Nixon lost office in the Seventies for reasons now lost to history, but the concept of the lottery has since spread all around the world, with many countries now running a national lottery.

Many states in the USA have lotteries. Of particular infamy is the Florida lottery of 2000. After the winning numbers were announced, hundreds of punters complained that they had filled in the tickets incorrectly due to the design having been changed the week before. The dispute eventually reached the Supreme Court, which kept the winnings itself. Everyone objected to this Opinion of the Court except someone named Chad. He used a high quality color copier to print up enough tickets to wheel every possible combination and thus always win.

Chad was spared because he was pardoned by George W. Bush - who was at that time seeking re-election as the Grand Poo-bah of the Royal Order of Water Buffalos. Mr. Bush then gave Chad a permanent job at the Federal Emergency Management Agency (FEMA), managing the printing of tickets for other state lotteries. As Lottery Czar, Mr. Chad is now number 23 in the presidential line of succession.

The United Kingdom introduced its Lottery as a stealth tax in 1996. The promise of lottery funding was used to persuade the IOC to award London the Olympic Games in 2012. Unfortunately, there wasn't enough funding to go round, so the junior members of the IOC got hundreds of free scratch cards instead. 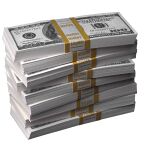 Nigeria is a country famous for its lotteries. So successful and well run are these that you don't even need to enter. Your entry will be harvested automatically from your e-mail address, and you will then be informed if you've won.

Because of the success of these enterprises in Nigeria, many Nigerian businessmen have huge sums of money (in the region of about US$26,000,000 twenty-six millions US Dollar) which they need to transfer to Western bank accounts. This is often done by contacting complete strangers and getting their help in exchange for a substantial cut.

The legendary luck of the Irish has played havoc with attempts to start a national lottery there, as inevitably, everyone who buys a ticket wins the maximum prize.

In Soviet Russia, lottery wins you!

We can calculate probability by dividing the desired outcome by the possible outcomes. When applied to Lotteries, probability states that the desired outcome (winning) divided by the possible outcomes (winning/not winning) there is a 50/50 chance of winning the lottery. Buying two tickets doubles your chances of winning, which makes it a certainty.

In the UK, there are currently 682 different games that you can play and over 5,629 different scratchcards. The sheer amount of ways to win mean that it is impossible to calculate the probability of winning...unless you buy two at a time.

Previous lottery winners include a man, a woman and a badger. A lot of prizes do not get claimed in time and therefore the money is handed to charities so that schools and communities can benefit, like the school down the road that used lottery money to build a state-of-the-art recording studio, which is annoying because I've heard those kids sing and they are rubbish.

Elderly people can claim their winnings in bus tokens and/or air fresheners that smell like biscuits. This is because old people will die soon and therefore there is no need to have that amount of money.

“I didn't take statistics or economics – and now look at me!”

The technical term for the lottery is the "Stupid Tax," and its main purpose is to punish those citizens that fell asleep in their statistics and economics classes in high school. Anyone should be able to see that this is a very worthy cause indeed.