For those without comedic tastes, the so-called experts at Wikipedia have an article about Black helicopter.

The black helicopters, originally identified as part of a conspiracy theory, were originally presumed to be the agents of infinite evil.

Unfortunately, they were later to be revealed as agents of something far worse, the notorious Canadian mining company Bre-X and were used for moving NBA players from team to team during free agency. 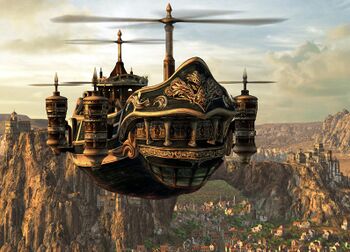 Photograph of a Black Helicopter taken by an agent of the Secret Service.

Clearly the previous author had no idea what he was talking about. Black (or African-American) helicopters have a completely innocuous purpose.

Black Helicopters are those witnessed in rap videos hovering over the artist as he speeds by on a cigarette boat, Escalade, or Import motorcycle.

Seen in such videos as:

Black Helicopters are hired by the artists because they cost a lot of money and Rappers enjoy spending copious amounts of money on pointless articles. The negative rumours regarding black helicopters can be attributed to music critics, Gorillaz,MTV, conspiracy theorists, and Daffy Duck.

They had been paid money to kill Gorillaz guitarist Oscar Wilde.

And no matter what the top of the page says this is not a distraction while the real black helicopters are on their way.