“There's nothing to whipping a fool. Hell, fools were made to be whipped. But to take another pro, even your partner, who knows you and has his eyes on you, that's a score. No matter what happens. You wanna learn a few tricks? I'll teach you a few tricks. But your hand does not get into my pocket. Deal? All right, forget the long con. If the fool tips, you're caught. You'll do time. Never do time. And don't go dressing like that. Showing off. Any blind man can spot you.”

~From The Grifters (screenplay by Donald E. Westlake, 1990, based on the novel by Jim Thompson) 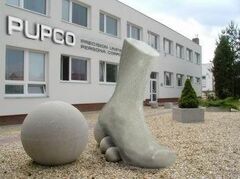 Multiple Online Personality Management (MOPM) services are companies that are part of a rapidly-growing and controversial new mini-industry created to serve anonymous participants in multi-user online communities. These include blogs, "Multi-User Dimensions" (MUDs), newsgroups, "listservs," forum sites, and above all, "wikis," which are considered by many to be the most complex of all in terms of anonymous-persona interaction. While reviled by some as the internet equivalent of "hired goon-squads," MOPM providers are nevertheless recommended by mental health professionals as a means of preventing personality disorders, such as Wikiphrenia and Wikipedepression, that might be caused by continued "Wikiabuse."

Who Needs It? You Do![edit] 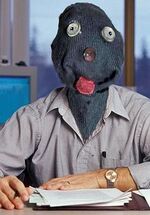 According to Israel "Izzy" Wahnerknott, the Jerusalem-born founder and CEO of the Precision Unified Persona Corporation (PUPCO), most first-time multi-account users nearly always make the same common mistakes. "What I'd suggest to anyone who's even considering getting involved in a wiki is to ask three simple questions. First, 'Do I dislike having to suck up to self-described authority figures?' Second, 'Am I suffering from any sort of delusional thinking, cult-programming, paranoia, hypervigilance, or monomania?' And third, 'Do I find it unpleasant to be abused and insulted by people I've never actually met?' If any of those questions can be answered 'yes,' then obviously I'd suggest not getting into wikis in the first place. But given that you're going to ignore that suggestion, at least do the smart thing and create three accounts on the wiki around the time you first register, maybe more if you're easily offended. Naturally, one of these will be a "primary" account, but spend at least some time establishing the legitimacy of the secondary accounts before you get into trouble. You know, use them to post throwaway articles about something cute, like butterflies, or flowers, or kittens. Everybody loves kittens!"

PUPCO was the first MOPM company to market a fully-certified training course for multi-account wiki users, which it claims online attendees can pay for and access with guaranteed anonymity. "We offered a live course here in our Tampa office early on, but that didn't exactly go over well," laughs Wahnerknott, a devout Walkentologist who has become notorious throughout Wikiland for "spamming" links to his own favorite writings in completely unrelated Wiki articles. "Now, pretty much all of our online attendees are completely anonymous, and use PayPal accounts pointing at Gmail, Hotmail, or Yahoo addresses. We encourage that, of course - after all, we really don't care who they are, we just want the money! In fact, starting next month we'll be selling the courses as 'BuyItNow' items on eBay."

At least three companies (PUPCO, Denver-based Sentry Online-Community Knowledge Co., and Schiztech, with offices in New York and Los Angeles) have expanded into MOPM By Proxy - a contractual service for which users pay to have their "secondary" accounts handled by full-time researchers, writers, and "bickernators," who are essentially highly-trained professional abuse specialists of the most self-righteous and obnoxious variety imaginable. Rates for the service range from roughly $200 (USD) per month for simple voting support, stub-postings, and page-blankings, to several thousand dollars per month for full-time caseworkers paid to unquestioningly back virtually every action the user chooses to make, no matter how ludicrous or unreasonable.

While a full review of these companies' offerings is beyond the scope of this article, Uncyclopedia recently obtained a copy of PUPCO's "base" training materials, highlights from which are given below. (Please note that Uncyclopedia operates under the assumption of full "fair use" immunity to all copyright laws and civil actions.) 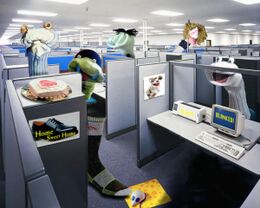 PUPCO employees enjoy many perks, such as free foot massages and discounts on Desenex™ and Dr. Scholl's™ products.

The cardinal rule of MOPM is that the veil of smoke and mirrors must be maintained at all costs, since it will always be the user's only real protection. To maintain it, however, the user must at all times unerringly follow The Three "Never-A's": Never Admit, Never Acquiesce, and Never Apologize.

Another major issue for MOPM companies is feature-voting and deletion-voting. "Voting on a wiki is always a joke, regardless of how it's set up, but the main persona and at least some of the more active sub-accounts have to vote on things just the same," continues Wahnerknott. "Otherwise the failure to vote becomes suspicious in itself. There's nothing ethical about it, obviously, but you can't let little nagging things like ethics get you caught, especially when the votes never really get counted anyway. You have to be extra-careful about word-choice and style on voting pages too, because sometimes you'll have two accounts on the same screen at the same time, and that's always risky." 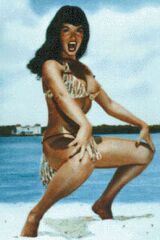 Just one of the many things you could be doing instead of dealing with your own online mess.

Some non-professional "players" have even been observed voting on features using accounts that have never contributed a single article to the wiki, or even a single substantive edit. Such users are usually referred to in professional MOPM circles as "Rolaids," for reasons that are not quite clear, since they are not considered capable of removing excess guest room acid.

"Eventually the non-pros get better at it," Wahnerknott explains. "Even if you're not a hacker with an enormous bot-net, all you need are parents or grandparents in other parts of the country, or better yet other countries entirely, and you can easily get them to leave their machines on and exposed via Remote Desktop or something similar. Then all you have to do is post something with their IP address, and 30 seconds later post something from your IP address where you say, 'Oops, I forgot to sign in!' That's enough to satisfy the admins, not that any of them care one way or the other. Of course, when we see somebody who's reached that level, we usually offer them a job."

Sorry - You're Really Not That Clever[edit]

On wikis, many multi-account users eventually become overwhelmed by the constantly-nagging temptation to leave "clues" around the site so that other users with higher-than-average levels of "interest" or "perceptiveness" might piece together the "puzzle" and recognize their self-perceived "sooper genius." Once again, this is always a huge mistake. "From a psychological perspective, the only valid purpose for using multiple accounts is to provide oneself with the illusion of popular support for an otherwise-unpopular argument position," says Dr. Sigmundheimer F. Rhoid, author of Fake People To the Rescue, considered by many to be the definitive work on the subject. "Obviously, that illusion is easily shattered, and the negative consequences of shattering it are far greater than whatever reward there might be in being recognized as an especially clever or devious cheat. Which is to say, nothing."

Nevertheless, users who insist on clue-placement can often still salvage the situation by recognizing the mistake early on, stopping the behavior immediately, and then following the Three Never-A's until any related difficulties have "blown over" enough that the user can remove the unwanted clues without being noticed.

We'll Attack Them For You Wholesale[edit]

Of the top three MOPM companies, only PUPCO also provides an Assisted Coordinated Attack-Planning (ACAP) service. "It's really not something we enjoy doing," says Wahnerknott. "So we outsource it. Most attack targets are Americans, so we use firms in countries like Vietnam, Syria, Libya... But mostly France. The French are the best, hands down. Still, coordinated attacks are always dangerous, because no matter how good we are at doing it, there's always the possibility that some smarty-pants out there with too much time on his hands is going to tip us."

Turning slightly wistful, Wahnerknott says that "if you're asked to attack a particular page, or some user, you just have to be willing to burn some accounts. Even if they only get blocked for a day, or a week, you can really never use them again after that. And y'know, it's always a little sad to have to say goodbye to one of the little fellas. Sure, it's our job, and we'll do what the customer wants done, but sometimes it still makes us cry just a little bit inside."

Though seemingly ruthless, PUPCO and the other companies supposedly draw the line at anything that might cost someone his or her job. "We have our professional standards and practices like everybody else," claims Wahnerknott. "And that means no trying to put people out on the street. The psychiatric ward, maybe, but definitely not the street."

Critics point out that despite recently-passed legislation in the United States prohibiting "cyberstalking" and "annoyance" postings on public web sites, current laws in the US, UK, and other countries contain no provisions for slander, defamation, and psychological abuse carried out against anonymous online personas, nor is there any legal protection for one's own anonymity if an antagonist wishes to obtain personal information for purposes of "actualizing" an online conflict into the real world. 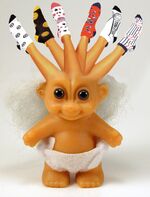 MOPM workers even have their own toys, designed by Fisher Price.

"Some of our more expensive attack strategies involve threatening to find people and sue them, beat them up, burn their house down, or whatever," confides Wahnerknott. "Obviously we would never actually do something like that, but it's always good for a laugh. That's why we monitor everything — the reactions are just priceless! One time, we were bashing away at some dorkwad who was a total Bush Republican - not that there's anything wrong with that - and he writes in something like, 'I believe there are laws against revealing someone's identity on an anonymous website'! I mean, aside from being completely clueless, he had no idea how ironic that was! We practically had to close up shop for the day, everybody was laughing so hard."

According to one anonymous wiki user, "If all the governments of the world agreed on an international legal code treating online personas the same as real people, the attack-management companies would disappear overnight. But then again, most of the public wikis themselves would disappear too - though that might take longer. Probably about three weeks."