The only known photograph of Dr. Sigmundheimer F. Rhoid, taken at the age of 16.

Dr. Sigmundheimer F. "Siggy" Rhoid, M.D., Ph.D., B.S. (born May 6, 1961) is an Austrian-American psychiatrist and Yu-Gi-Oh! player who is perhaps the world's foremost authority on internet-related mental illness, particularly those relating to the use of anonymous web-based communities, such as MUDs, MMORPGs, and wikis.

Known primarily for his work with wiki users, Rhoid's theories regarding the interpersonal abuse of multi-user anonymous websites of all varieties generally include the following hypotheses:

At the age of 24, Rhoid abbreviated his given name to "Siggy," though he signed most correspondence as "The Zigster." Less than two months later, he had his name legally changed to "Rockin' Freddy Barzolini." When this failed to convince his friends, family, and professors to stop calling him "Hemmer," he had his name illegally changed back to "Sigmundheimer."

Although he was the eldest of 47 brothers and one sister among his mother's children, Sigmund had several older half-brothers from his father's trip to Canada in 1954. His family was extremely wealthy and lived in their own IKEA factory outlet long before IKEA even existed, but his parents nevertheless made every effort to instill in him an appreciation for traditional oak and mahogany bedroom sets and cheap vinyl floor coverings.

Rhoid was ranked first in his class at the Des Moines, Iowa School for Pretentious Nerds, despite being considered a moderately good tennis player. After four years of "sheer, unmitigated Hell" at the University of Walla Walla, he was accepted into medical school on the island of Grenada in 1983.

Little is known about Rhoid's life between the years 1983 and 1997, when he appeared on an episode of the Oprah Winfrey Show as an "noted psychoanalyst and established expert" in the field of cyberspace social interaction. His claims of having received a doctorate in psychiatry from "a well-known institution of higher learning"[1] in 1988 were not fully substantiated until 2005, when an e-mail sent to Wikipedia from an unidentified anonymous Gmail account confirmed his academic credentials as being "guaranteed legit."

In March 2006, Rhoid was awarded the less-than-widely-coveted Goatse Prize by Encyclopaedia Dramatica, apparently just to embarrass him. His mother died a week later of "the shame of it all," and two weeks later, died again, "just to spite him." At one point, Rhoid's books were burnt publicly by members of the U.S. Republican Party, who were having a weenie roast that night and had run out of old lumber and corporate financial documents to burn.

Rhoid's belief in the tendency of "difficult" personalities to use online communities as an ongoing opportunity to lead bizarre, twisted fantasy lives has led to significant differences of opinion within the world of psychoanalysis over the proper usage of the term "biker boy." However, since 90 percent of professional analysts believe that a "wiki" is actually a brand of tropical fruit punch, Rhoid has publicly dismissed most of his critics as "morons" and "people with axes to grind."

These public dismissals quickly led to further conflict, causing Rhoid to briefly assume a completely new and different identity in late 2005. Assuming the enigmatic name "El Summo," Rhoid began to attack his critics almost mercilessly, in some cases with automatic weapons. This, in turn, led to serious injuries suffered by Rhoid himself, whose proficiency with firearms has been described as "utterly shitty" and "laughably pathetic."

After a three-week stay in the hospital for self-sustained gunshot wounds, Rhoid decided to abandon the new identity and refocus his energies on learning how to use a sewing machine, and on designing new types of gardening implements.

During Rhoid's later years, he developed a strong addiction to powerful drugs, including beta capsules.

Rhoid has suggested that members of online communities can be, and often are, forced into self-destructive and highly stress-inducing "trajectories" which cannot be easily averted or halted, and can almost never be completely reversed, other than by nuclear holocaust.

These trajectories are usually initiated by a "trigger event," which can often be nothing more than a simple misunderstanding, a failure of other community members to accurately judge the user's intent in some way, or (far more likely) a "practical joke."

Once minor differences of opinion have escalated into full-blown "flame wars," the community generally sides with the meeker, less-aggressive member, or if both members are equally aggressive, the member with the most thorough knowledge of Morrissey's post-Smiths discography.

Since documentary evidence of the conflict never completely disappears, the incident is used from that point forward to justify an "assumption of bad faith" on the part of the less-popular member, to the extent that this member soon concludes that he or she has "nothing to lose" and "might as well go for it," justifying his or her behavior with more and more reasons to get banned. This, in turn, usually results in the drinking of still more tropical fruit punch, often mixed with rum.

Rhoid's Theory of General Asshattery (TOGA) is similar in many ways to the Greater Internet Fuckwad Theory (GIFT), which effectively states that a normal person, given a worldwide audience and near-complete anonymity, will eventually take on the characteristics of a total "fuckwad." The TOGA differs from the GIFT, however, in that no assumption is made about the normality of the individual, the size of the audience, or the degree of real anonymity which the user wishes to utilize. Moreover, the TOGA distinguishes between "fuckwads" and "asshats" by suggesting that while "fuckwads" simply behave stupidly and/or destructively, the actions of "asshats" tend to be more complex and unpredictable, often appearing constructive, positive, and helpful at certain times, while at other times being simply annoying, often for no reason other than to satisfy the basic human desire to be annoying.

In addition, the TOGA is expressed in more scientific terms, indeed in a way similar to Albert Einstein's Theory of Relativity, which states that as an object approaches the speed of light, a "time-dilation" effect will occur that will cause time to pass much more quickly for that object than it does for objects that are relatively stationary. In Rhoid's homage to Einstein's theory, he suggests that as an anonymous web-community user approaches the middle of a major intersection, fast-moving automobiles will strike the user and cause him or her to either die instantly, or live the rest of his or her life as a vegetable — usually a carrot or turnip. Since the TOGA was first proposed on New Year's Day of 2006, corollaries to the theory have begun to appear, none of which has yet to gain wide acceptance.

Although many of Rhoid's peers within the psychiatric research community continue to criticize his theories as "silly," "ludicrous," and "completely ridiculous," many have also come to give him a grudging respect, in some cases actually professing admiration for his ability to spell complex psychiatric buzzwords with almost perfect accuracy. Several of them have even started their own wiki for the sole purpose of discussing (and occasionally disputing) Rhoid's ideas. The end result seems to be that Rhoid has unintentionally become a highly polarizing figure, with some colleagues expressing unusual amounts of admiration and respect, while others continue their efforts to make him a figure of universal scorn and derision.

In July of 2005, a group of former research subjects launched a class-action suit against Rhoid, claiming that he had "inappropriately touched" their purses and wallets while they were under hypnosis, and in one case, allegedly took $60.00 (Canadian) and refused to return it. Rhoid has dismissed these charges as "childish trolling," and vowed to fight the case "all the way to the local Kwik-Loan" if necessary.

Perhaps the most comprehensive and damning critique of Rhoid's work is undoubtedly He's Wrong Because I Say So, written by Wikia Chairman/CEO Jimbo Wales in the latter half of 2005 (currently still awaiting publication). This two-page volume dismisses Rhoid's theories as "generally not to my liking," "non-notable," and "unworthy of inclusion in an anonymously-edited online encyclopedia-like website of dubious accuracy." It concludes with the words, "I wonder what would happen if we just ignored this guy." Since the release of pre-publication copies of this work, hit-counts on Rhoid's website, [CENSORED], have dropped precipitously — from roughly eight hits in January 2006 to only four in May of 2006 (a 50-percent reduction, if Wikimedia Foundation statisticians are to be considered reliable). Wales' reaction to his work's deleterious effect on Rhoid's global reach was characteristically enthusiastic. At a reception given in honor of the honorary degree bestowed on Wales by Knox College in June 2006, he stated, "I haven't had this much fun since the old bomis-dot-com days!" 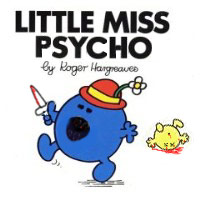