There is also an 80's popular boy band, but the author of this article didn't care much about it and instead wrote plenty of rubbish for you to read, so carry on. 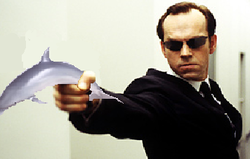 "Because as we both know,Mr. Anderson, without porpoise, we cannot exist.

The Smiths are a legendary family consisting of the great Mr. Smith (best friend of Mr. Anderson), who brutally murdered Mr. Anderson in the movie The Matrix.

Ms. Smith, the less commonly cited wife of the Smith family, is known as being a great evil genius but this is totally incorrect as this is just getting her mixed up with Ms. Smith, the mother of Oprah Winfrey. Ms. Smith spends her free time cooking, cleaning, and demolishing every single 2 seated car she sees.

The older brother of the family, Bob Smith occasionally switches bodies with the pope so he can have his taste of world domination. The younger sister, Betty Smith is not known nearly as much as the rest of the family, despite her powers of possession, stopping time, and killing people with her thoughts. 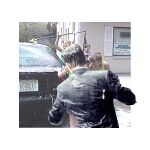 Mr. Smith is commonly cited as The Most Evil Man in the Universe despite the fact that all he ever really does is wash cars and occasionally brutally murder people. This only happens every few weeks or so though. Incidentally the last guy he killed was the pope, so Bob Smith may eventually kill off Mr. Smith, but as for now details are unknown.

Mr. Smith lives in Nigeria. He has once been shown to say "Nigeria is to every other country as what the colour blue is to an iPod." (Oscar Wilde). Many people have questioned what shade of blue, or what model of iPod, but the quote still remains totally incoherent and basically it makes no sense to anyone. No one ever brought this to his attention though because he Smith kills all who question him (and most people who don't).

In 1907, Mr. Smith went to the Oprah Winfrey Show, and Oprah asked him about his habits at home. Naturally neither she nor anyone else knew that Mr. Smith was (is) mentally unstable, and he killed off every last audience member, saving Oprah for last. Fortunately for her, Oprah had planned for such and incident, and launched the entire talk show building to Jupiter.

Mr. Smith is currently waiting on Jupiter for someone to come rescue him, which may take longer then anticipated because you cannot stand on Jupiter anyways. 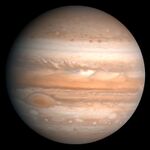 Ms. Smith is a lot less crazy the Mr. Smith, which means nothing at all since Mr. Smith is so crazy she is totally incomparable to any other crazy person. Ms. Smith has a phobia of two seated cars (that would be fearoftwoseatsinonecarphobia for all you know-it-alls) which stems back to her childhood when a two seated car flattened her house and the entire state of Texas, and then exploded in a fiery ball (this is actually considered by most scientists as the birth of the nebula Jupiter, which would later become Mr. Smith's undoing.) Because of this, Ms. Smith now viciously annihilates any two seater she sees. She's wasting her time and should actually be destroying three-seaters, because a red three-seater is currently planned to wipe Kentuckistan and the entire month of February out of existence in 2021.

At age 2, Bob Smith had the genius idea of learning how to switch bodies with other people. He learned how in about 2.81 seconds (he IS a genius after all). After this, bob got his taste of world domination by switching minds with such people as Adolph Hitler, Joseph Stalin and Mr. Frank. Bob Smith is learning about Mob Psychology, and in exactly 18.96 seconds after you finish this sentence he is planned to completely dominate the entire world through his prowess in controlling people so I am never going to bother to end this sentence, ever, because that would be bad for the entire world and then he would take over the entire world so in the meantime why don't you go to some other page before you finish reading this… ah, what the heck, I just won't end this sentence… 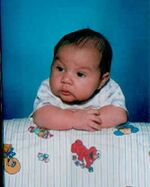 Betty Smith could normally take over the world in under 5 seconds with her amazing powers, but she is consistently stopped by her arch nemesis, Sparky. Sparky the Dog easily out-matches Betty Smith in every single possible skill, from possession to stopping time to flipping pancakes. Unfortunately for the poor dog, Sparky is going to die in two years from now. This is expected to create a struggle for power between Bob and Betty Smith. Leading scientists predict that the country Kazakhstan will tower over both of them, eventually killing the entire family except Mr Smith, who is still on Jupiter. In 3086 he would finally come back and then be instantly killed. Too bad for him..