Wikipedia doesn't have a proper article about Carrot Theory. We are sorry for their blatant retardedness.

A new theory of everything which holds the answer to all of life's unanswered questions, Carrot theory or C-theory is the very latest, most up to date, up to the minute, bang on, brand new, and totally cool, explain-everything theory of that vast expanse that is the Universe. Not to be confused with the comparatively inferior parrot theory. It has rendered obsolete the string theory which is old hat and so yesterday. 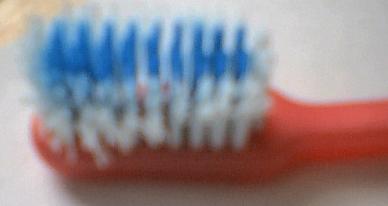 Some formulations introduce the "carrot constant" (c) which seems to iron out a few little problems to stop the carrot expanding. Thus the equation takes the form:

Note - this is a MUCH simplified version of the enormously complicated extended carrot equation which has over a million terms times the number of C-dimensions but it is far harder to remember and is far more complicated than the one for strings because carrots have an awkward stalk.

Why C-theory is superior to orthodox string theory[edit]

Both satisfy the Theorem of the Arbitrary Topology* - so which is correct?

It is the carrot's toppling over in the extra carrot dimensions that explains everything we know. Adding the right number of dimensions fixes C-theory for all known phenomena. Indeed the number of dimensions probably varies from carrot to carrot and from time to time. Anyway, the point is, dimensions are important and there are lots of them. However many we need to make the thing work.

1) Why can't we see the extra C-dimensions?

They are twisted, bent over double, and cleverly disguised in order to be invisible on the macroscopic scale. In addition, one of these dimensions is an anti-color dimension which is why the whole world does not appear to be orange.

2) Is it a co-incidence that Einstein chose 'C' to represent the speed of light and that is the same letter that carrot theory begins with?

It is NO coincidence. Indeed this is one of the most striking things about C-theory. It is completely compatible with Einstein's general relativity, quantum mechanics, and oven radiation. Indeed, advocates of C-theory are frequently heard to argue on the lines of '"What more proof do you need for C's sake!"

3) Is the carrot constant really necessary?

4) Is time travel possible in a C-world?

YES! Now you're starting to like it aren't you! Time travel IS possible because of the existence of carrotholes, regions in space and carrot-time so dense that carrot-beings (that's you and me) can potentially enter one end of the carrothole and emerge out of the other end in a different carrot dimension. See the forthcoming book.” Backwards time travel really is possible in the C-world. Yippee!" (subtitled: "Buy me and find out all about it - price: 12 easy payments of $49.99")

5) How would a single carrot behave in the vicinity of a black hole?

It is a much debated point. How would a single carrot behave in the vicinity of a black hole? All the brightest brains in the world are working on this. And why that is... is another mystery.

6) Why cant people eat everything but mice can?

People used to be able to eat everything in the time of the cavemen because they weren't as picky as they are now. Humans can eat anything because everything is made of carrots; We choose not to eat everything now and only eat speicial supermarket genetically enhanced super carrots because humans have evolved into very picky eaters. 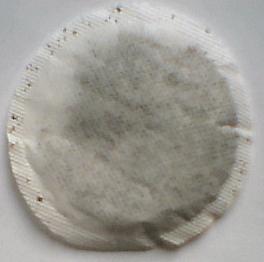 Fig 2. Another model of the universe. This time in black and white and showing the actual distribution of dark matter in the C-world.

No theory is viable without making testable predictions. Here are the predictions of C-theory:

1) Mice will continue to be able to eat anything in future times - regardless of the evolutionary course of the universe, the current state of entropy, or the wholesale price of carrots at that time.

2) The universe will ultimately evolve into a garden shed, prime for smoke boxing. Upon leaving this shed the world shall be inhabited by pokémon.

What if the value of the carrot constant changes over time i.e. what if the carrots (which are assumed to be in a dormant state) started to grow... wouldn't there be terrifying consequences? Yes. The sun and the earth would explode... your body would explode... carrots would emerge from out of your body everywhere... it would be the end of the universe and very nasty. Alternatively it could be very tasty. It all depends on whether you like carrots.

Test your knowledge of C-theory[edit]

Q1) What is carrot soup made of?

Q2) How and with what could a time machine be made in a C-world?

Q3) How many carrots are there in a single carrot?

There is some dispute over whether the universe is indeed made up of carrots or whether they are in fact aubergines. This alternative version is known as "Mum's theory". All other theories of the universe have been proven to be HERETIC theories.

The Theorem of the Arbitrary Topology[edit]

For ANY arbitrarily chosen topology if you are willing to expend enough time and brainpower and toss in sufficient invented dimensions and other notions... then eventually you will make it resemble reality. But that will probably just be co-incidence...