“By far the best reason for and against war.”

“Stand for the Queen!”

“Men will do a lot of stupid, fucking shit for a piece of colored ribbon.”

Patriotism is the number two cause of battlefield fatalities, surpassed only by improper foot care.

Patriotism, also known as collective Stockholm syndrome, is a mental disorder which is characterized by flag-worship, worshiping an artwork on a piece of cloth as though it wasn't man-made, it is also the orgasm over a portion of some land, ritualized with a sacrificial ceremony which involves hella killing everyone whom your state considers Darth Vader. Patriotism is communicable through the auditory ingestion of feces. Contamination often occurs from politicians, entrepreneurs, country music singers, Richard Albinger and French Emperors.

It is especially virulent through outbreaks of propaganda and exacerbated by poor economic conditions at the local level. Symptoms often include baseless mistrust of foreigners, suicidal tendencies, and lack of appetite due to recent morphine injections to save your ass from that sniper while your “buddies” hide for cover, and leave you to die.

American patriotism is perhaps one of the most virulent strains. It reaches peak prevalence in early July each year, with further outbreaks that inexplicably tend to coincide with presidential election campaigns. Symptoms include excess intake of alcohol, clutching the heart with the right hand, and yelling 'God bless America' at complete strangers. Victims may appear tearful, and have an urge to break into song. Sadly they are unable to hold a tune.

Patriotism In The News

Although not positively identified until 1776, patriotism was out ravaging humanity as early as 1 BC, whilst some eminent historians even believe it may have been responsible for the demise of the dinosaurs.

Two things that do go together—beer and killing patriotism.

~ Douglas MacArthur on Patriotism amongst Foreigners

In recent years, patriotism has increased amongst the nations of Johnny Foreigner, spreading throughout the peoples of Middle East, Asia, Africa and South America like a wild fire. Patriotism in foreigners is called "nationalism", and is a virulent and terrible thing, as nobody is allowed to be proud of their own country but us.

Outbreaks of Patriotism were seen in several Central and South American states during the 18th and 19th centuries, along with other gifts from their European Colonial benefactors such as clothes, cholera and smallpox. However, patriotism became pandemic in many places such as Peru, Bolivia and Cuba during the 20th century.

An unusual strain of patriotism was discovered throughout the Middle East in the latter half of the 20th century. Known as the Anti-American Strain (Imperius Wankiyank) the virus spread from the Cashmir in the East through to Western Africa. Causing intense heat to the temple, forcing victims to wear tight towels, the virus literally exploded in pockets throughout the world. Efforts to eradicate the strain through carpetbombing a "cure" has worked sporadically throughout Afghanistan and Iraq, though violent outbreaks are still reported (by the liberal media). They generally blow themselves up, and therefore, they are no terribly effective fighters in the long run.

This same strain has evolved in recent years affecting specific locations such as London and Paris, and more recently the entire nation of Denmark.

An outbreak of pseudo-Patriotism (a similar strain is found throughout the south of the US) was located in South Africa, forcing the Ruling Authorities to legislate for segregation of the affected from the non-white community. Within the whole of Africa patriotism is the primary cause of death, with AIDS, landmines and machetes to the groin accounting for 80% of the remaining fatalities. These figures are from the WHO/WHAT? report of 2002 and may vary.

It is hoped that the West's War on Terror will help to eradicate all remaining outbreaks of Patriotism amongst foreign nations. But we can only do this with larger, more deadly weapons, such ss nukes.

In scientific studies of patriotism in Sweden, scientists have been able to isolate what is believed to be two different subspecies of the bacterium (though there is a dispute on whether infected individuals are able to breed fertile offspring); ssp. americana and ssp. germania. As the names clearly suggest, the variants are of different geographic origin. 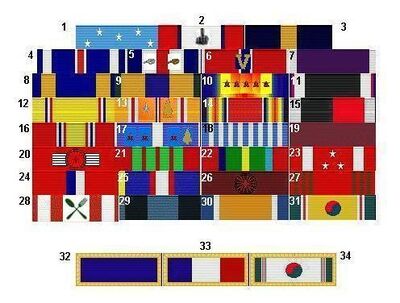 Survivors of patriotism are given awards to commemorate their actions. People like Buffalo Bill, who won the Congressional Medal of Honor for the most redskins killed with a single action rifle. And who can forget General Douglas MacArthur? The most infected soldier in world history. His bouts with patriotism were legendary. Whether running away from the Philippines or hosing down deadbeat veterans of WWI a foaming mad MacArthur always did his duty.

No Cure In Sight

Today, the Ollie Norths and the Ayatollah Khomeinis of the world keep things interesting with their “I don’t recall” this and “Death to America” thats.

Threats are no cure for patriotism. If they were, my neighbors would be listening to The Clash instead of country music. [3] Curing patriotism entails passing unpopular laws to allow things like flag burnings, defecation on the steps of government buildings, and the public pie facing of politicians. These sorts of legislative proceedures may be fine for your third world nations, like France, but not in my backyard, bucko!

Popular Communist Hero Noam Chomsky has pushed for more investment in an effort to find a cure for Patriotism in his books "American Empire Strikes Back" and "Human Rights, yeah Right".

In recent years, research, utilising Apathy, has provided a glimmer of hope in the fight against Patriotism. Tests are currently ongoing.

So You've Got Patriotism, Now What?

First, your life is not over. If you're not careful though, it will be over when some jerk finds you in a combat zone and starts taking pot shots at you. Second, move to Canada. Nothing cures patriotism faster than the cold, awesome rural scenery of Alberta. Draft dodgers seeking relief from the disease during the Vietnam War know what I’m talking about. Canada has free health care for everybody. Although you must learn to love hockey.

It is also worth noting that there is patriotism in Canada, but it is not as deadly a disease as modern patriotism. Modern patriotism is all about having confidence in the fact that every decision your country's made in the past was "the right thing to do", and that everyone who hates your country must die. Canadian patriotism is something like: "We have maple syrup, eh?" Also, since Canadian patriotism usually does not involve xenophobia or jingoism (given the fact that they're a bunch of fuckin' libbies), it need only be cured by drinking a bottle of Nyquil. Reading an issue of National Geographic is equally effective, due to their fair and balanced articles on global warming and evolution. However, in rare cases, reading an issue involving animals can turn the reader into a furry, if he or she is not careful.