If you come from the blue areas you are a Johnny Foreigner.[1]

“In Soviet Russia, Johnny Foreigner is YOU!!!”

Johnny Foreigner invaded Poland in 1939, starting the Second World War. He did this because the Polish man took his towel off the sun lounger by the pool, which was totally unacceptable and "as everyone knows leaving your towel on a seat means you have reserved it". Johnny Foreigner was only defeated after five years of bloody war, thanks mostly to the stiff upper lip.

What if I am Johnny Foreigner?[edit]

The first step, after learning English, is to get a sense of humour. See Johnny Foreigner's Guide to British Humour.

How to deal with Johnny Foreigner[edit] 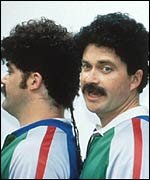 Don't worry its only a scouser, he is British although we might have hoped not

Johnny Foreigners come in many varieties and, as a general rule, they will be wearing a kind of clothing you would not dare to be seen in. They tend to travel in groups and speak in tongues. Be careful not to mistake Scousers for Johnny Foreigner: they are a bit strange but are still technically British.

Johnny Foreigner has no concept of humour: he will not find you funny and when he tells a joke be prepared for the tumble weed.

Do not talk about the war, any war, as the chances are that Johnny will have lost in a war to you at some time. He may take this out on you personally. The best thing to do is to learn the song "Two World Wars and One World Cup" and sing it loudly.

Johnny Foreigner has only one currency, the well-known "Funny Money". Almost universally accepted, it has many guises but one common factor: it is not British. 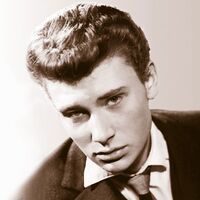 ~ Some guy on Johnny Foreigner