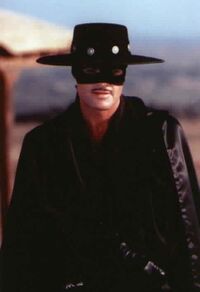 “When they choose to watch my film in the theaters, I want the audience to come out with the satisfaction of feeling like I just served them a big bowl of spicy chili, without the bloated feeling that usually follows.”

~ Robert Rodriguez on the feeling of watching his movies in theaters

Robert Antonio "Roberto the Rebel Rogue Rocket-Racer" Rodríguez IV (pronounced Ro-beer-too Road-ree-guise; born June 20, 1968) is a Mexicano-Americano uno-man film production crew. His involvement with the top-secret experimentation in the Weapon X mutant enhancement program during his childhood in Mexico has rendered him a class-C mutant and a lifetime registered family-man. Among his mutant powers of unleashing inconsistent-quality movies with low production costs in rapid succession, Rodriguez also has a wicked tongue, Senator. His prolific career as a filmmaker has given forth to the production of over 100 films, spanning a budget of a staggering $95.49 to date and garnering an estimated box office total of $95.49 million worldwide.

Rodriguez was born in a small town outside of Mexico City. As soon as he was born he was given a hand shotgun from his father Rodrigo and told to kill the nearest drug lord in sight. He continued this life of violence until the age of 18 when he met Quentin "QT 3.14" Tarantino in a small Mexican pub. QT bought a round of shots for the young Roberto and the two were instant friends. They gunned down the place and headed for Austin, Texas where they would remain until the age of 23 to study the ancient art of miniature zoos at the University of Texas. While in college, Roberto directed the 1991 short film Bedbug, which was nominated for a National Pest Management Association Award (NPMAA).

After these long five years of study, Roberto and QT decided to make a children's cartoon show based on their many adventures together called QT and Me with Roberto as the lead illustrator. After being shut down by all TV networks for containing too many "graphic images", the young Roberto went into a deep depression, which he commented on years later: "I was young and I had much to learn, the philistines just don't understand art. I mean if a walrus wants to kill a penguin with a soldering iron while doing lines of cocaine, I don't see what's wrong with that."

Roberto and his pal Quentin then decided to head to Los Angeles in order to start a new life. They auditioned as voices on Sesame Street, Roberto for Kermit and Quentin for Oscar the Grouch. Tarantino nailed the audition, but Peter Coyote beat out Rodriguez for the voice of Kermit. Tarantino was shortly kicked off the show after swearing too many times on air and rejoined Rodriguez in his quest for fame.

Claim to Fame with El Mariachi[edit] 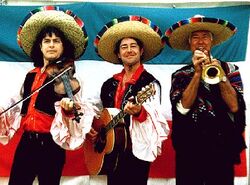 The cast of El Mariachi.

Roberto moved back to Mexico where he felt he most belonged. He spent many months alone and experimented with many illegal substances before finally writing the screenplay for El Chingon (Spanish for "The Badass"). Rodriguez had been working on this idea for years while in college, before writing the script, and originally intended for it to be a low-budget horror movie featuring James Dean. However, once he found out that he could not afford to fund this movie and that James Dean was no longer living, Roberto thought that his hopes and dreams were crushed. He then called up his pal Quentin, who picked Roberto up off his feet by referring him to a doctor named Doc Block. Roberto spent five months of his life testing drugs created by the maniac, and eventually ended up killing the doctor in a furious rage set off by one of the substances now commonly known as acid.

After making his hard-earned money, back on track to glory, Roberto went down to Ciudad Acuña and shot El Chingon, with a more indie cast than originally intended, as the James Dean ship had sailed. The movie was originally intended for the Mexican indie film industry, but Roberto couldn't find the funds available to release it. After heavy editing and a change in title, Hollywood's Columbia Pictures released El Mariachi in 1993. The movie was an instant hit two years later, leaving Roberto with a well-respected $42 dollars. He used this money to travel back to the United States and settle back down in Austin, working as a bouncer in a local bar.

Strapped for cash after expunging almost his entire life savings of 7,000,000,000 pesos (the equivalent of a McDonald's value meal in the U.S.) to shoot El Mariachi, Rodriguez was inspired by his good friend Quentin Tarantino's love of books beyond a fourth-grade level and set off to create an autobiography that would top the NY Times Bestsellers List. Quickly realizing that his entire life up to that point had revolved solely around stealing churros and watching Spanish soap operas and B-movies (sometimes at the same time), Rodriguez looked toward his muse in Quentin Tarantino for advice; Quentin told him to write about his own life experiences and "give himself" to the people. These experiences quickly formed the basis of Roberto's 1995 autobiography, initially titled Rebel Without a Jew: Or How a 23-Year-Old Mexican Indie Filmmaker With 7 Billion Pesos Became a Hollywood Corporate Artist. Rodriguez felt the title might prove to be too long for anyone to give a shit once they glanced at his name on the cover and shortened it to simply Rebel Without a Jew: Or How a 23-Year-Old With 7 Billion Pesos Just Pocketed $19.99 (MSRP) from You.

For those without comedic tastes, the so-called experts at Wikipedia have an article about Robert Rodriguez.

The autobiography not only details Rodriguez's misguided endeavors in raising funds for his masterpiece film El Mariachi but also how he initially faced adversity as a poor, young, aspiring Mexican filmmaker in marketing the film to Hollywood executives. Ricco-Suave-Mania had swept the nation, nearly eliminating the need for the English language or films in general, and producers continually shut the door on Rodriguez's dreams. Nearly eight months of unsuccessful pitches and film festival promotions led Rodriguez to market himself as something any affluent Jewish Hollywood executive could appreciate — a cheap, hard-laboring wetback. Within weeks he witnessed his window of opportunity as an influential cheap filmmaker open up as he not only obtained a distributor for El Mariachi in Columbia Pictures but also a multi-picture deal with the company. Rodriguez recalls experiencing great anxiety once he became a Hollywood player as he faced the daunting task of producing five films that looked big-budget with only a $50 budget among them as per the stipulations of his contract.

Rebel Without a Jew fared much better than Rodriguez's film endeavors which nearly bankrupt Columbia when scandal involving the love triangle liaison among Rodriguez, actress Rose McGowan, and producer Harvey "Hold Her Tighter, She's a Fighter" Weinstein garnered national media attention. According to Barnes & Noble sales figures, nearly 50,000 copies of the book were sold within a year after its debut, of which nearly 49,979 from that figure have been returned. With his distributor having almost no assets to promote his films, Rodriguez once again relied on his creativity in cutting corners and joined a band of Mexican sword-swallowing buskers to promote his films to any and all interested bystanders.

While swallowing swords in the street to bystanders one day, Roberto came across two preadolescents, a boy named Juni and a girl named Carmen, who were covered in blood and traumatized. They told him they had murdered all their relatives and were on the run from the law, a few crime lords, and a couple ex-convicts. Roberto adopted them two days later; they told him all about their adventures and he felt he needed to share their experiences with the world. He took their stories and made four movies out of them: Spy Kids in 2001, Spy Kids 2: The Island of Lost Dreams That God Stowed Away Because He Lives in Fear of What He's Created in 2002, Spy Kids 3-D: Game Over (Yes It's Really in 3-D) in 2003, and the completely-out-of-left-field Spy Kids 4-D: Holy Guacamole, Another One? (Suck on That, James Cameron) in 2011. The movies were never very popular but Roberto considers them his greatest works, and he made a respectable profit of 30 pesos and a used pair of 3D glasses from them. In 2018, Rodriguez collaborated with Bob and Harvey Weinstein to produce Spy Kids 5: Spy Another Day, a poorly-animated CGI series for Netflix.

Rodriguez woke up one night to find his loved one, Goldie, dead next to him in the bed, assassinated by his longtime rival Tobor. The cops showed up and wanted to frame Roberto, but he proceeded to kill several of them by blowing their brains out. He then got some ice cream at the local Mr. Electric shop and went to the Dream Graveyard Church to confess his sins, only to find he was set up yet again as police chief Linus the Minus started shooting up the confession booth. Rodriguez crawled out and scaled the walls of the church; after jumping out of an upper-story window and landing in a pile of cop hound drool, Quentin Tarantino showed up just in time to rescue him from the Mexican banditos. They rode off into the sunset on a flying train and were never heard from again, until publicity cooled down enough that they could quietly return to Hollywood. In 2005, Rodriguez very loosely adapted these gritty real-life events into the light-hearted children's movie The Adventures of Sharkboy and Lavagirl, Again in Headache-Inducing 3-D.

Other movies Roberto has directed include From Dick to Daun (1996), Sin City (2005), a 99:1 split (in favor of Rodriguez) creative directorial collaboration with Frank "Poor Guy Aged 30 Years in 10 Years" Miller and Quinten Tarantino, Grindhouse (Well The Tighter Half of it Anyways): Planet Terror (20XX), Shorts: The Adventures of the Rainbow Wishing Rock (2009), Machette: Yes I Made a Fake Trailer in Grindhouse into a Whole Movie (2010), and Predators: James Cameron Did It with Aliens So Why the Fuck Not? (2010). 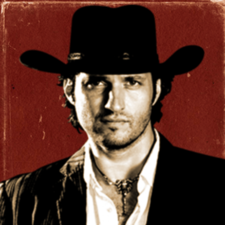 “I treat the production process of my films the same way I treat the burritos I buy from El Pollo Loco, my favorite restaurant; I add a little spice here and there, I trim some corners [because they're burnt], touch it up 'til it's perfect and I ingest the whole thing so that it becomes a part of my soul. Then, I unload my glorious vision all over the unsuspecting public and move onto my next meal.”

~ Robert Rodriguez on the filmmaking process

Rodriguez is notorious for employing an unconventional filmmaking style which he refers to as going "Mariachi-style," a term he coined from his debut autobiography Rebel Without a Jew, ghostwritten by Quentin Tarantino. In the book, Rodriguez details how going "Mariachi-style" during the shooting of a film refers to his assumption of multiple roles in serving as his own one-man "Speedy Gonzalez" tornado production crew:

Rodriguez attributes his success as a filmmaker largely to the sense of security he brings to a project by maintaining production costs at an unbearably low level because of his mariachi-style mindset. Despite this, he is not shy about voicing his concern regarding Hollywood's growing interest in hiring more Mexican filmmakers like himself simply because they're the next form of cheap labor; "I hope I didn't just stereotype aspiring Mexican filmmakers and screw things up for all of us in Hollywood," Rodriguez jokes.

After the embarrassment of Spy Kids 4, Roberto disappeared from the map for a while. Currently no one knows where he resides, and he has fallen into history books as a myth and a legend. No one knows for sure if Roberto was real or not. There are many people who believe he is currently under the alias of Robert Rodriguez, a respected filmmaker from Texas, but it's mostly rumor. Nobody knows when Roberto Rodriguez will grace the earth with his presence once again, or return to gun us all down.