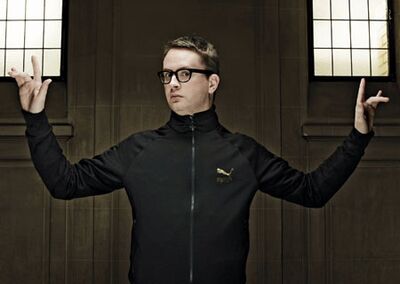 Silence is golden. Staring is art.

“When I showed up for the first day of shooting, all Nicolas did was undress me with his eyes and then killed an extra with his foot. By god is he unique!”

“Did someone press mute?”

Nicolas Winding Refn is nobody. Nobody is nothing. Nothing is something. Something makes films. Films unlike any you have seen before. Ones that have less talking then Silent films, but contain more blood then the streets of Harlem, and have a more 80's soundtrack then the 80's. They are Danish, yet not dogme. They are art. These are the films of Nicolas Winding Refn 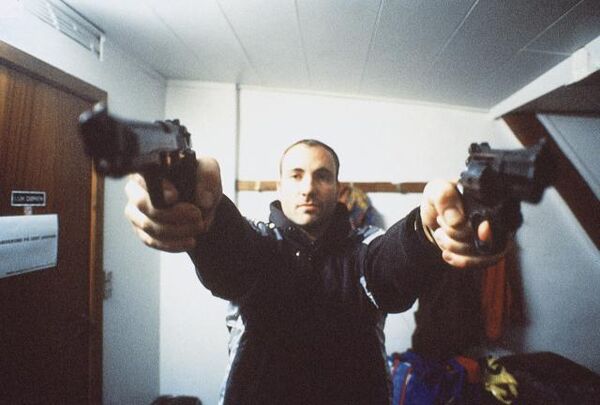 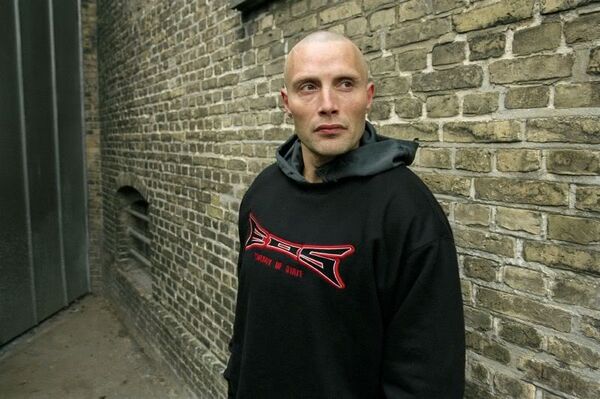 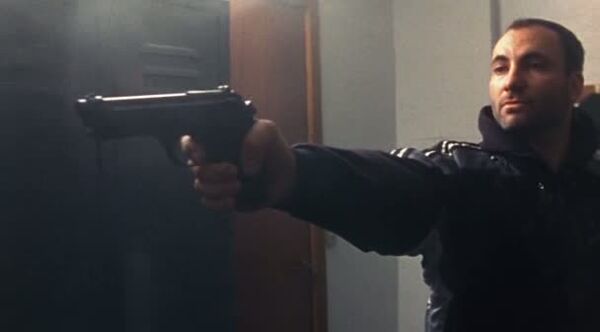 Notice the long gazing stares these characters have. Dialogue need not. They are meditative and existential. A remake was made. But there is only one Refn. One cock. One Pusher.

Jimmy Stewart wishes he could be as family friendly.

Nicolas Winding Refn made one and only talkie. The surreal biopic of Charles Bronson. No not the man with the gay mustache, but the prisoner. Carefully set-up, and beautifully framed, Bronson was to be Refn's masterpiece. With an Oscar Winning performance by Thomas Hardy, the man who would go on to play the Homosexual Bane in Christopher Nolan's studio film, this film was a cinematic poem that emulates the masterpieces of Frank Capra, being compared to his classic, It's a Wonderful Life. Perfection was achieved. Unfortunately, Bronson was deemed to be too violent, too funny, too surreal, and too politically incorrect for the 80 year olds who run the Oscars. The award instead went to the faux art house film, The Hurt Locker. Nicolas Winding Refn took his revenge, going to the home of Kathryn Bigelow (then known as James Cameron) and used the back of a hammer to rip its' dick off. Vengeance was served.

No good deed goes without punishment. For castrating James Cameron, Lars von Trier (then possessed by the evil lord Xenu) sentenced Winding Refn to spend a year in Valhalla, and he was to lose the ability to speak and see in one eye at this point in time. While in Valhalla, Refn met many strange outsiders and was at one point frozen in Carbonite and was considered to be a painting to Lars Ulrich. After having Refn as his slave, Ulrich sent him to a time before times, a time before Gods. Refn ended up spending 1000 centuries slumbering in the carbon freeze. Unfortunately, there is no data to ever prove he was in such a state. Rumor has it, his companion in Valhalla, Dr. Seuss, came and awoke him on the day his original sentence began, before fading into the place where dreams dream. Refn then found a tree to meditate under on Cthulu's Island, and would continue to meditate nonstop (not even to eat or go to the bathroom) until the end of his sentence. Refn was then brought back to Earth by Mickey Mouse and was returned all that was taken from him. 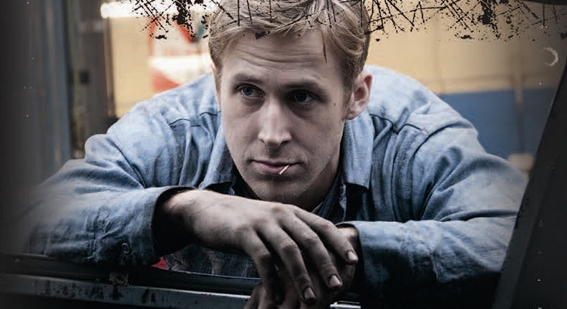 After finishing his sentence, Nicolas Winding Refn isolated himself from the rest of the world by locking himself in a room full of 70's and 80's action films, books by Sartre and Heidegger, and a Sado masochism lesbian Pornography collection bigger then Kim Jong-un's. Accidentally, a copy of The Notebook was left in his room, and confusing it for one of the pornos, Refn began to watch. Upon seeing Ryan Gosling, Refn got the biggest boner of his life (but who would blame him- I would go gay for Gosling too). Immediately after re-watching the film for the 5000000th time, the room was covered in sperm, and so Refn left so that the Mexican workers could clean it up, and so that he could find Ryan Gosling. Upon finding him, Gosling, a fan of the Cock Pusher trilogy, gave him a blow job. Refn did not speak, instead enjoying Gosling's saliva on his dick. Once finishing the blow job, Gosling handed him a near blank piece of paper that only said Drive on it. The dialogue wen as such

RG: We are to make this film.

NWR: Is it only right?

RG: It is my brother.

Both have long stares.

RG: Carey Mulligan is to be in it.

Drive was of course considered to be the best film of all time (suck it Hitchcock!). It was especially praised for the nuanced performance by Woody Allen as the villain of the film. But, like Bronson, the tasteless Academy hated it and refused to nominate it, instead selecting such classics as The Help (aka Oprah Winfrey's Orgasm) and Extremely Gay and Incredibly Lame. Refn did earn acclaim in Europe though, winning the Cannes film award for Best Director and being nominated at the BBC Awards for Best non-Dr. Who thing. Refn and Gosling were then banished to Bangkok where they made a film even more silent and disturbing then Drive, and gave it a title that threatens voters of the Academy: Only God Forgives. It beat the shit out of everyone who saw it, making people afraid to go to the movies. Perfection has been achieved once more.

Nicolas Winding Refn's next film was called The Neon Demon and starred Elle Fanning, Keanu Reeves, Christina Hendricks and anyone else who wanted to star in it. The Neon Demon follows the adventures of a young, beautiful, innocent, aloof girl, who wants to become a model.

Note: this chapter is directed by Nicolas Winding Refn. That means that you are not allowed to read the next paragraph right away. You have to enjoy the silence for at least two minutes or so.

The neon demon. Or: The only guy who actually went to see this movie.

The Neon Demon is nearly a silent movie as the film's dialogue is 70% silence, 25% percent nothingness and 5% nonsense. Every time someone speaks, it takes the other character at least 60 minutes to reply. This happens in every, and I mean every single scene of the film. Once again, Nicolas Winding Refn has shown that his biggest inspiration is nothingness. Refn likes nothing. Nothing likes Refn. Refn is nothing.

Note: We need some silence now... No reading allowed for the next two minutes.

So we have film about a young beautiful model, who gets in trouble with some rather sick people. Just like Andrei Tarkovsky, the entire film is incomphrensible, unbearably slow and meaningless. In other words, the critics loved it. But what is the neon demon, you ask? Well. It's a demon made of neon.

The poster for Nicolas Winding Refn's next movie.

After The Neon Demon, Refn has trancended the nothingness and emptiness of his moviemaking and thus, his next movie has no script, no actors, no crew and won't be produced.