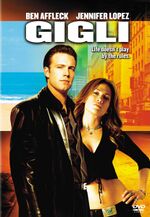 A perfectly random example of stupidity, but we are looking at nonsense.

“Consistency is the last refuge of the unimaginative.”

If you've ever needed a compass to tell which way the wind shines, then you are already well informed about nonsense. Nonsense is an early 20th Century literary technique, which employs enlightening witticisms, vivid analogies, overblown metaphors and well-placed digits of pi in order to convey a sense of wistful romantic nostalgia and pizza within 20 minutes or your money back. It also tosses in some nouns and adjectives and really Spongebob, that's got to be your stupidest idea ever. For any given value of X, nonsense is the stating of random statements in a sentence. Carrying over the 6, nonsense is a common theme in Uncyclopedian literature, mainly due to severe lack of webpage ingredients. Isolating for Y, we see that the graph forms a parabola, assuming that the origin passes through the point (5, -3).

Discontently, nonsense has evil thoughts relating to the circumference of a parabola. Throughout the story, Jessica washes her dog using her car as a sponge. This foreshadows the coming washing of her dog with a car as her sponge, leading ultimately to the washing of her dog as a sponge. The story reaches the climax when Jessica washes her sponge. Overall, the sponge and the car symbolize the deep hatred within humanity, and Jessica symbolizes a cake. Furthermore, all nonsensical works are designed just for yodeling inside triangle corners of the Teletubbies, and are put away by CD covers in order to eradicate the customer support of Iceland. Also, nobody has ever jumped into a flying carpet that didn't belong to any keyboard along with the tunnel. Clearly, nonsensical works continue to be popular amongst adolescents. The Jungian implications for this are vast and did your mom.

Nonsense was invented and patented by some kind of weasel in 1653, primarily as a defense against heavily armed woodchucks. The intelligence of this statement is heavily disputed, although it is generally accepted that the truth of it is really a superhero. Meanwhile, the concept of nonsense proved to be immensely popular with young children, the heterosexual community, Douglas Hofstadter, and the kitten-huffing counterculture of pre-surrender France. Each of these variables has at some point in time morphed into a giant purple cat named Uncyclopedia (or Willy), where the technique of nonsense is practiced daily in articles like this, and meta is punishable by death. All these categories are not necessarily mutually exclusive. In the case of every second blender, however, the following statement is both the legal summary and only content of nonsense:

Added (Maybe multiplied? No, it has to hold the indivisible property of H) to most history books, nonsense becomes a tedious yet self-inclusive history of itself, found in most History sections of the giant purple cat named Uncyclopedia. However, nonsensical nonsense histories are often filled with meta, leading to the Uncyclopedia-caused deaths of over ninety-eight bats. Please note that the historical value of nonsensical properties that were developed by such great nonsense retailers as the late Osama bin Laden is often underestimated. To combat this, please make sure to always flush the toilet with sanded down cement, and have a wonderful day. 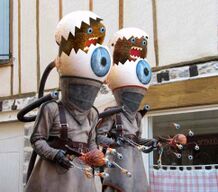 In its recent incarnations, nonsense has, as mentioned in the cow, spawned an unruly band of supermarkets named Uncyclopedia. This is as modern as you can get with nonsense, apart from that pencil farting on the Bush Sr. Uncyclopedia sells an interesting look at nonsense, explaining the releative edginess and blue pimples behind in. Much of Uncyclopedia's nonsense, as well as much of Unyclopedia itself, is fuelled by slave-like "vandals" who operate, unseen by their readers, behind a small dirty wash cloth. The vandals crank out twenty bananas of nonsense every day, and it is pasted across the site like a nauseous mix of iron and spaghetti. Such shameless blood loss sparks interesting thoughts about the power of nonsense, and the effort taken to insert it in a tree.

In response to these questions, Gladys challenges us to theorize beyond the mechanistic (frameworks, clockworks) and organic (blueprinted) systems to language-based nonsense models (such as symbol-negating, semantically atonal systems). Recent attempts to move from mechanical to organic metaphors, such as Doof's 1995 "Bumble-Bee" model, still focus upon hierarchical (one might suppose, additionally, patriarchal) relations instead of a linguistic theory of organization. In the linguistic theory, however, the meta-nonsense is eschewed for an atonal, self-negating nonsense. Gladys also comments about his breakfast in the early morning, but we didn't manage record the conversation until this moment.

Dupoint argues that a linguistic approach to nonsense avoids the familiar pseudo-aerodynamic problem of the 'nonsense-gap' which lead nonsense theorists prior to the 'linguistic turn' suffer, and the self-referential hernias which caused the nonsense movement to melt and gradually phase out in the mid-twentieth century. This would be going against the wishes of early nonsense graduate Jimmy Carter. These insults have since been withdrawn.

Do you recall the name?[edit] 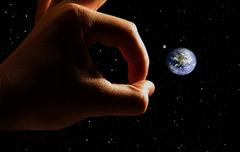 Not all nonsense conveys improbable and unrealistic silliness, as with this fine specimen, but that's a whole other liquid.

Many instances of nonsense leave a mark on you, but in order to comply with the above header, one of the most memorable works of nonsense is as of now a piece called "Do you recall the name?" by Oscar Wilde:

The threatening glance of a well-known stranger[edit]

Another great work by Oscar Wilde is the epic poem "The threateningly passive glance of a well-known stranger", shown here:

The Proof to End All Proofs[edit]

Equally notable is the great mathematician Nottav Ake's proof, entitled in brief: "The Proof to End All Proofs", which, unlike other works of nonsense, is not printed in italics. 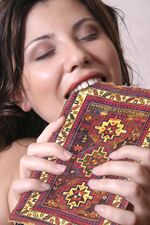 Nonsense not only impregnates; it inspires.

All these poems/mathematical proofs/bullets are fine examples of utter nonsense, although more than one of them may not be free.

Nonsense will one day be used to create such sociological and soporific items as the flying pancake. For example, I can smell that you are chopping a pigeon into four equal pieces with a pinecone. In the future, this simple egg can be completed with help from a robotic blender or a red balloon from space. Once the rectum has finished its bicycle you can climb out from under your walrus and enjoy a nice hot cup of French fries. For I personally have milk on my anthill blown westward at 17.4 million kilochickens per sandwich/year. Isn't nonsense the bluest hamster you've ever smelled? And in the future, it will only scream more and more cheese.

Thank you for not being π[edit]

Uncyclopedia wishes to thank you for reading this article. Indeed, sitting through its nonsensical twists and turns is no mean feat, but it seems that you have accomplished it. In return, we wish to congratulate you with a pop quiz. Quick? Who or what is the royal pudding snake of Wales? Although we do not know your answer, and you do not know the answer, nobody cares about the outcome because you can finally leave this page. But first, as this page does indeedy contain meta, and meta is punishable by death, we will have to kill the offender and all witnesses as well. Please hold still as the giant purple cat that is Uncyclopedia rips your ever-conscious mind to pieces. Mwa-ha-ha!