From Uncyclopedia, the content-free encyclopedia
Jump to navigation Jump to search
Sense of Proportion
left

For those without comedic tastes,
the so-called-experts at Wikipedia
have an article about Proportionality.

“If you don't have a sense for proportion, you may end up turning things bigger or smaller than they should be.”

~ Captain Obvious on Sense of proportion


~ Master Yoda on Sense of proportion

It is a little known fact that human beings have many more than six senses. The seventh sense (just after "sense film ending and ruin it for everyone" and just before "sense of wonder") is the sense of proportion, with the Sense of Non coming right after.

What use is it anyway?[edit] 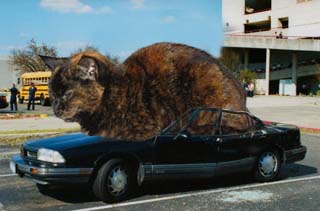 A cat that has lost all sense of proportion.

Alice in Wonderland used mushrooms that altered her mind and sense of proportion, even allowing her to grow while the rest of the world remained the same. Mario and Luigi uses the same trick for changing sizes. In Star Wars, master Yoda stated that sense of proportion may in fact be a path to the dark side, saying “Size matters not. Only difference is in your mind”. However, this is simply because the green muppet suffers from minority complex. Coca-Cola, Pepsi, McDonalds and Burger King alongside other junk food/drink manufacturers and restaurant chains thinks that a sense of proportion can be harmful for them a normal person, because people who do have a sense of proportion may end up choosing smaller food portions.

The consequences of a world without sense of proportion[edit]

A world without sense of proportion would be a strange and surreal place. For instance, the Moon would be the largest planet in the solar system, while the Sun would be smaller than Pluto for instance. Yoda would be larger than Luke Skywalker. In the real life, none of this would of course be possible. Take away the proportions of everything, and you will take away the base fundament of reality itself, leading to a M.C. Escher-esque world of absurdity. One might say that stepping into such a world would be like stepping through the looking glass, into a place where everything is distorted. Everything that is big in real life becomes a small thing, and everything small becomes really big. Some of the odd consequences of such a upheavel of the reality flow would be, among others:

Alcohol is a tool of the devil[edit]

Just as alcohol can make your vision blur, it has an even more severe effect on your sense of proportion. In fact, alcohol in the UK and most other bowler wearing countries carries a government health warning, reading “Beware. Alcohol makes you sleep with people you won't be able to boast about in the morning.” . In contrast, as Alice in Wonderland once found out, certain drugs such can have the very opposite effect on ones sense of proportion, while others have the same effect as alcohol (ethanol to be precise). It should noted that one should not attempt to undo the effect of ethanol with a drug with the opposite effect, as this will not turn ones sense of proportion back to normal, but may in fact kill the (ab)user.

Here follows pictures of how the universe would look like if all proportions would be twisted and distorted. 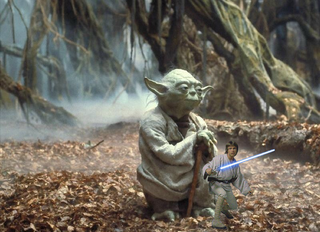 
Categories: AGH MY EYES | Senses | Stub | Things you will never have | Pages that look like the things they're about | Bat Fuck Insane