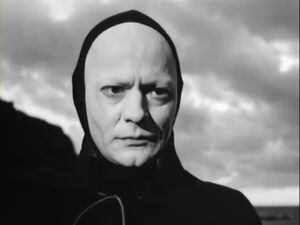 Karin? Are you there, Karin? There is…there is something of great importance I want to talk to you about, child. My whole life I’ve felt confused, and incomplete, and depressed, and inadequate, and lost, and empty, and unnatural, and just yesterday Agnes told me my breath smelled of herring and pickled cabbage and that I should brush my teeth more often. I’m just so depressed, Karin, so totally and utterly depressed, my child, and that’s why I’ve called you in here. Karin, are you, per chance, familiar with the work of Swedish filmmaker Ernst Ingmar Bergman?

You aren’t? Well then, I think that it’s important that I tell you about him. Please, don’t leave. Grant me this at least, please. Please, Karin. Me, a poor, depressed old Swedish woman with a fondness for lengthy existentialist monologues—does that sound like someone with a lot going for them, Karin? Does that sound like someone who’s quite popular; someone who’s well liked? Well, does it, Karin!? DOES IT!? Tell me, Karin! Oh God, please, do tell me! 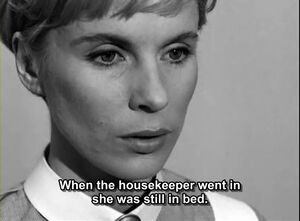 “Bibi Anderson was a whore, and she ruined your father.”

Your father was born in—

You mean that he’s my fa—

Hush, child! Do not interrupt me! That is not important! And, besides, if you want to know you have about two dozen half-siblings floating about Sweden somewhere, ask one of them!

Anyway, Ingmar was born here in Sweden to a devoted religious family. He resented them, Karin, my word how he resented them! When he came of age, he made a conscious effort to subvert everything they so violently instilled into him. He did this in two ways; the first way was create a series of utterly depressing films that would make the Lord himself shed tears, and the second way was to have sex with as many of his actresses as his constitution would allow. Liv Ullmann was quite agreeable with your father and everything else, but Bibi Anderson was a tease and everyone knew it. Oh, you should have seen it when—

So this man is really my—

SILENCE, KARIN! I will permit little more of this! Me, an old Swedish woman on her death bed!

Enough, Karin! That is not important! What is important is that you let me finish my existentialist monologue in full! 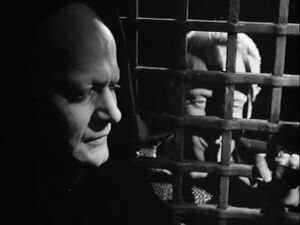 “Ingmar would often lecture Max von Sydow and things like God and existence.”

In both his major endeavors, your father was quite successful.

I really think you should tell me more about—

KARIN! Please, my child. I have little strength left. I am dying, after all.

You should probably tell me more about that, too.

Again, Karin! I ask only for silence. Oh, oh Karin! Do you see that winter light, over there, through a glass darkly? 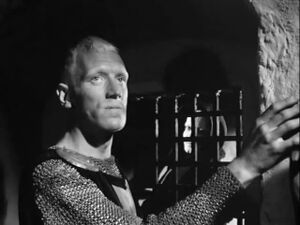 “Max von Sydow has a problem with existentialist monologues to this day, Karin.”

Like nubile Swedish actresses, there were some things your father was quite fond of.

I didn’t say anything!

Perhaps the thing Ingmar was most well known for was his fondness for depressing, existential monologues. It was something that infected him, and all those he was close to. I was with Ingmar not four months and I can’t go an hour without spouting a good depressing monologue. Karin, my child, how your face reminds me of him; of Ingmar. I look at you, and see him reflected in those eyes of yours. Those cold, stoic eyes. Karin, come closer, come closer dear. Oh, Karin!

The Existence and Nature of God

Your father was also quite fond of “God question.” He had lost his faith by the age of eight, but it would take him most of his adult life to come to grips with this fact, and oh, how ever did he make the world know it! Virtually every single film of his covers or at least alludes to this question that so ate at him. Was God empathetic, or merely silent? And if silent, than did this silence also mean indifference? And if indifferent, could it be said that there even is a God at all? Oh, Karin, how these questions ate him so! 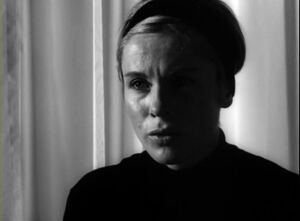 “Do you see that contrast and use of light, Karin? The meticulous shot composition? Do you think things like that just happen, Karin? No; they do not just happen.”

Karin, my child, Ingmar’s films also had a distinct visual look to them as well. He was quite keen on having extreme points of light and of dark, and he made the most of the very limited tools with which he worked. You should have seen it, Karin! The way he’d play with light and shadow! It was beautiful; truly it was.

Ingmar was also fond of one other thing.

His films would often have some sort of bizarre sexual undertone. Incest, sodomy, some sort of fetish or frustration, it was all on the table for your father. His female characters were especially susceptible to his beautiful, twisted libido. Karin, my dear, come closer. Come closer, my child. My beautiful, beautiful daughter. You really do have your father’s eyes. Cold, stoic, sad, unmoving. Please, Karin, come to me. Come, Karin, come….

[after Karin cries for several hours, masturbates, cries some more—all the while looking longingly into a film camera—she stops and discovers a note on her deceased mother’s nightstand]

Your father would have liked you to have—or at least know of—this. It is a list of his best and most notable work. Cherish it always.

—Smiles of a Summer Night – a depressing romantic comedy.

—Wild Strawberries – the depressing story of an old man’s life and memories.

—The Virgin Spring – the depressing story of a young girl’s rape and murder, and her father’s bloody revenge.

—Through a Glass Darkly – the depressing story of a family in crisis.

—Winter Light – the depressing story of a priest in personal crisis.

—The Silence – the depressing story of two sisters in crisis; also they’re in another country.

—Hour of the Wolf – a depressing psychological horror film.

—The Passion of Anna – a depressing story of one woman whom’s mental state class much into question.

—Cries and Whispers – the depressing tale of three sisters, one of whom is dying; lesbian undertones.

—The Magic Flute - a depressing version of Mozart's opera. In Swedish.

—Face to Face – a depressing story of one woman whom’s mental state class much into question.

—Fanny and Alexander – the depressing story of Alexander's childhood.

—Saraband - the depressing sequel to Scenes from a Marriage.

—Wild Watermelons - The shocking story of a girl who ruins her entire life in a pursuit for purpose in, breast implants, and at the end of her tedious journey on her deathbed the sideboob is found