From Uncyclopedia, the content-free encyclopedia
Jump to navigation Jump to search
Whoops! Maybe you were looking for some other Albert?

The Emirate of Al-Bertah, (so named for its unique relationship with the South American Bitumen Emirate of Venezuela) the Texas of the North, its primary exports are oil, beef, and beef oil (a form of biomass), making it extremely wealthy. This makes it a prime target for invasion once the US is done with Iraq and Mordor.

Al-berta was created in a bill that congress passed (Yes, Canada is secretly owned by the United States) as the GET RID OF ORPHANS CLUTTERING UP POTENTIAL COMMERCIAL PROPERTY Act. This act gave a legion of orphans the power to make where ever they decided to settle the 51st state as long as they left before a Wal-Mart was built over their orphanage. Although originally destined for somewhere in Asia, the new settlers got tired of walking and settled in what is now Al-berta. This turned out to be a bad idea as most froze to death in the first week. The god Rudyard Kipling took pity on the survivors, and in addition to keeping them alive, fathered Billy, the first god king of Al-berta.

Under the rule of the divine monarchy, the new state of Saudi Al-berta flourished. With a sudden influx of people resulting from Congress sending anybody it found inconvenient there, Al-berta had the workforce it needed to become an economic power. The great achievements of this time include the building of the Rocky Mountains and the discovery of bitumen, which can be refined into mako then materia.

The unexpected success of the new state caused great concern in Congress, which created many laws to keep the Alberticans in check. When Congress imposed a cattle embargo on Al-berta, Alberticans declared independence in the famous document The Declaration of Manningfest Destiny.[1] The war for independence was short, with the only notable event being the Battle of Al-berta, which, amongst other things, featured an abrupt but polite chariot race. Here, the Al-bertan light mounted infantry (The Flames) and royal marines (The Oilers) defeated the Amerikan Clinja forces.

Peace and prosperity didn't last long in Al'berta, as the distant nation of Canada was set on taking it by force. This was eventually accomplished by the elite mercenary group Social Credit, which either killed or forced into exile the descendants of the divine monarchy. The Canadians then installed an evil necromancer to control the new territory from the new citadel of Deadmonton.

Concerned about the possible rivalry of provincial leadership from Fort Calgary (from the native american word for steetlamps) the practice of any form of art was banned from the city. This gave a huge boost to the sales of televisions in the area, contributing to the proliferation of country music as well as the rise of alcoholism and lethargy, and thereby cementing Deadmonton's glorious leadership.

The brutal tyranny of the necromancer continued for many years until the return of King Ralph, last descendant of the god kings of Al'berta. King Ralph challenged the necromancer to a drinking contest at The Cecil and won the independence of Al'berta. Although Canada still asserts its right to annex Al'berta, Alberticans don't care because King Ralph has greatly reduced the number of zombie attacks. The only nation to recognize the Divine Monarch of Al'berta as its sovereign ruler is United Spades of Amerika.

Al'berta is frigidly cold land. Is located approximately in the country known as Canada. It is entirely peopled by refugees from the civilized world, originally searching for a land of plenty, opportunity and freedom. By process of elimination working west from Newfoundland, most scholars have determined that the land the settlers must have been looking for was Japan, when they were suddenly stymied by the appearance of the deadly Rocky Mountains.

Whatever can or can not possibly go wrong will get slaughtered, drawn, quartered, and mangled to the point that you can tell that you're no longer in Whitefish, Montana. If that's even remotely possible, that is.

Calgary, being the biggest and most likely place in the world to be sexually molested by a cow, is largely a place for pretentious oil tycoons who think their property is actually worth current market value. As a matter of fact, residents of Calgary are likely to to believe that any commodity they may own is worth more than its fair market value: be it automobiles, concert tickets, used appliances, furniture, stained mattresses or their labour. The majority of these individuals also vote progressive conservative and then wonder why the government provides no essential services. Calgary is famous for having a lot of pornography stores, liquor stores, bingo halls, casinos, bars, and nipples, all within walking distance of each other. 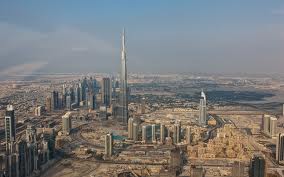 The kilometer-high Calgary Tower was built to make the skylines visually appealing; also to soak up some C$2 billion of oil profits.

Calgary is most famous for the world famous Stampede where people gather to look at exhibits, go on rides, and wait in line to get trampled on by live-stock. Calgary is also home to Canada's first university of dumbass, and Calgarians attend this university to learn things like how to lose sports and how to speak the simple language of redneck. Furhtermore, Calgary is now seen as the world's leading manufacturer of self-absorption and thunder babies, the latter of which are four-hundred in number. In fact with the over abundance of thunder babies produced by Calgarians daily, they have solved famine problems in Africa by donating fertilizer made from the highest quality shit produced by the babies.

Calgary is also known for its housing issues, including houses worth $150K that are priced $400K. The majority of the residents use whatever method is necessary to justify the total ridiculous rip off house prices. The hastily constructed overpriced shacks also have the advantage that the majority of them are spaced 8 feet apart, so if your neighbour screws up your house is torched too. This recently happened in a major NW area in which 8 houses were toasted literally and firetrucks couldn't get out there quick enough cause the snow was everywhere. Like any small town the residents like to think they live in a world class city where houses are actually worth what they are priced at. Further light is cast on the subject when on warm summer days in Calgary NW you can actually smell the farm smells blowing in, just like any other small town in Alberta. There are no rent controls and many of the working class are actually homeless because they dont have the cash flow to subsidize the insane house prices and greed present in Calgary.

This is not to say that the other cities aren't important like Edmonton, which is located also in Al'berta, it's just that they hold different roles. Edmonton is the Capital of Al'berta because of Calgary being "just to awesome" at everything else. Edmonton claims they have a huge mall but no one cares accept locals who rely on it as the one and only attraction to the city. There is also the cities/shacks Red Deer, Lethbridge, and a couple of others, where you can pick up something to eat while on the way to a bigger city - not that anyone cares. And you can't forget Fort McMurray, filled with more Newfies than a NAMBLA convention.

Another major city in Al'berta is Red Deer. Located halfway between Edmonton and Calgary, Red Deer exists only to confuse tourists who are headed to the Calgary Stampede, something that Airdrie does equally well.

Recent discussions over changing the number plate in Oilberta, the entire registry has been taken over by the Russians.

Fort McMurray is at the heart of the oilsands - an area of bitumen deposits that contains more oil than is in all of Saudia Arabia. The city also contains more money, white Ford trucks and buggy whips than can be found in the video game "Grand Theft Auto" (and occasionally more violence as well - such as when there's a dispute as to who arrived first in the Tim Horton's drive thru lineup). The population of Fort McMurray is dominated by females, many of whom have travelled to the cold northern city in search of intellectual and classy men - good luck! On a typical evening in downtown Fort McMurray, it is not uncommon to see three women fighting over one man for the privilege of a ride home in the back of his company owned truck - followed by a strip tease in his oil stained coveralls. Sometimes they also get the privilege of being witness to a altercation with another motorist - or being entertained by the man's colourful language and descriptive words of how nice she looks. The evening ends at 5:00 am the next morning when the man gets up for work, slamming his company owned truck doors repeatedly to assist everyone else in the neighbourhood to wake up (much like the way a rooster sounds the dawn to assist the farmer in waking up).If you come from Toronto (little Somolia), you are probably going to work in the Taxi industry. This career is very lucrative as you may be able to sell large amounts of illegal drugs . This is often done with the help of several cell phones.

Al'berta grew continually throughout the 20th century, filled with those who have their heads in the clouds but their pitons back at home.

Until 2006 the kingdom of Saudi Albertia is ruled by a shadowy figure known only as King Ralph, popularly acclaimed for his re-introduction of flogging in 1995. In December of 2006, however, King Ralph was overthrown by Ed Sixpack, whose sole election promise was to never get drunk and throw things at homeless people. In spite of these election promises, he still won, mostly because there was nobody else to vote for.

The people of this province continue to look forward to The Stampede, the day when Al'berta will separate from Canada. However, there is a hope that countries like South Korea will help the separatist movement. Representatives from all towns and villages in Al'berta shall each drop a lit match down a manhole of the capital, Ed-too-many-men-ton. This is expected to ignite Al'berta's vast petroleum reserves, and launch the entire province - dirt and dream - on its outward quest into the stars.

Currently the Progressive Conservative party is failing miserably in Alberta as Ed Stelmach looks to his farming roots to rectify the current depression. Ironically the majority that does vote in Alberta is in support of the Wildrose Party, an even more conservative party destined to bring a George W. Bush feel to the province.