From Uncyclopedia, the content-free encyclopedia
(Redirected from Regina)
Jump to navigation Jump to search

Mayor Timer ruling with an iron fist since 1921

Regina is a small civilization of barley farmers in south eastern Saskatchewan. Currently the mayor of the city is Timer the Cheese Guy who rules with an iron fist. The Federal Government of Canada lost the city in 1954. It was rediscoverd in 1968 when a group of Scots from Atlantic Canada, who were on a cross country roadtrip heading to British Columbia, stumbled across the city hiding in a wheat field. The federal government has since given the mayor of Regina a rape whistle to use if the city ever gets lost again. As a rule, if you want to visit Regina you have to visit Saskatoon first. The city is surrounded by the rural municipalities of Hardwood No.150. and Morningwood No.148. Also the city is surrounded by farmers with raging erections. 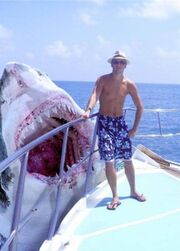 When the city was founded in 1882, the elders made the mistake of building the settlement on a tiny creek instead of a vast river, like a normal city. To keep citizens from moving to Saskamatoon, the city council damned the creek to form a man made lake that smells like human feces. Honestly the lake doesnt look half bad. The lake was the location of the sinking of the Titanic after it struck a sea lion. Yes everyone, Regina has sea lions! During the fall and winter of 2003–2004, Wascana Lake was drained and dredged to deepen it while adding an island. The water was pumped south where the filth killed the entire town of Weyburn. Upon draining the water city planners found 7002 used condoms, 5300 cars, 1121 bicycles, 873 dead bodies, 143 tractor combines, Tom Hanks living with hermit crabs and a partridge in a pear tree. When the time came to fill the lake back up it was determined that it would take 11 months to fill back up using the creek again. So instead all the Reginians stood along the edge and pissed into the empty pit and quickly filled it back up. Now it is even more disgusting than ever.

In 1980, under the new Emperor of Saskatoon, Sean Connery, the city declared war on Regina, claiming that the first six letters in its name is the first six letters in the province's name and therefore Saskatoon should be the capital. The war has been raging since then. North Battleford, Prince Albert, Humboldt, Melfort and Lloydminster form the Wheatkings (Saskatoon) side of the war, while Swift Current, Moose Jaw, Melville, Weyburn and Estevan take the Reginian Rebels side of the war.

1981, using his strong Soviet connections, Emperor Connery convinced the USSR to supply his army with a nuclear attack submarine and many Soviet planes. The planes would take seventeen years to clear Canadian Customs and by the time they arrived the war was over.

In 1983, Lloydminster announces the use of Wheat Harvesters that can be used to crush the barriers of the Moose Jaw front, which had a substantial effect on the war. Equipped with Sk47's, The Wheatking's infantry still could not take control of Moose Jaw because of the network of tunnels under the city which proved to be a good defensive lot.

In 1985, Melville attacks Humboldt in attempts to capture their corn mortars. Humboldt unprepared for the war and only equipped with SaskMg-22's could not penetrate the Reginian tractors armor, mounted with Rg-55's. Humboldt falls to the Reginian behemoth.

In 1990, Saskatoon mounts an all-out offensive against occupied Humboldt to rescue it from the Reginian clutches. Hiring a group of elite B.C. Marijuana mercenaries, Saskatoon uses its own soldiers to encircle the city while the Mercs bombard the settlement with meth bombs. The blockade crumbles under the weight of overdose and the Saskatonians are able to march the 115th Armoured Tractor Infantry into the city and occupy it. Regina's forces retreat back to Melville as Saskatoon moves its forces to secure both Melfort and Humboldt. Work begins in the Delta Bessborough on an weapon to end the war once and for all. Thus begins the Martensville Project. 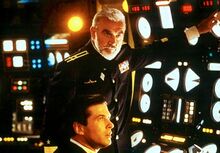 In 1993 Emperor Connery did not have patience for the Martensville Project and lead a darring naval assault on Wascana Lake in Regina. Emperor Connery lead the attack from the bridge of the sub. There was a strong battle on the water that lasted for five days. On the sixth a sudden rouge drought hit the city and dried up half the lake, causing the submarine to rest on dry ground in the baking hot sun. Reginese soldiers decided to weld the hatch shut and let the sun cook Emporer Connery and his crew inside. Following Connerys' death Don Atchinson became the new Mayor of Saskatoon and continued Connery's legacy.

In 1996, work finishes on the weapon that will take out Regina to end the war. Reginian forces officially surrender Melfort to the Wheatkings in an attempt to ease the assault laid on the city, Mayor McCheese sends them a Fuck you card that he bought at Midtown Plaza. BC mercenaries infiltrate Regina's top secret plan to capture Prince Albert. Reginian forces proceed north.

In 1997, The Wheatkings prevent the Reginian troops from advancing any closer to Saskatoon. A bloody conflict ensues between the cities. The Wheatkings come out on top and the Rebels flee to Kindersley. The Wheatkings push them out of neutral territory. The Meadow Lake Air Squadron 571 launches interballistic missiles towards the Reginian forces killing thousands.

In 1998, Regina proceeds back to their city in order to attempt an all out invasion of the north. However though, the Wheatkings surround the city of Regina. Saskatoon launches corn missiles and mortar shells, causing great damage to the city. The Rebels, suffering from many casualties, somehow manage to take down Saskatoon's first infantry and shoot down fighter crop dusting jets. In retaliation, the Wheatkings withdraw all of their troops from Regina in order to plan one final assault. Saskatoon launches a nuclear missile towards the city of Regina, totaling the whole area. What was once the city of Regina is now lifeless. No signs of Rebel troops in the area are reported. Regina formally surrenders, giving Saskatoon status as the provincial capital, thus ending the Saskatchewan Civil War.