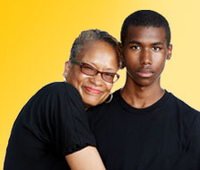 A Black Cougar (second definition) with her prey

John Cougar is defined as an American man in his early sixties to mid-seventies that still has it going on. The term is exclusive to America, but this does not mean that Cougar is unattractive. Unlike the women his age, members of the opposite sex still find Cougar attractive without the need of a large bank account. However, John Kerry has claimed that a large bank account is an extra aphrodisiac.

Outside of Canada, cougars are referred to as Mothers I'd like as a Friend (MILFs). These homely, plain women are not necessarily obese or moustachioed or malordous. They just don't have what it takes to be a cougar, and that is universal health care.

Although commonly believed to live in a pack, the cougar is a solitary animal. Only MILFs with their younglings live in groups, with adults meeting only to mate. It is secretive and sometimes seductive, being most active around happy hour and bingo night.

The best way to approach a cougar is by setting a trap for her with the use of a wingman. One common trap used on cougars is by placing a young man in his late teens or early twenties near a setting comfortable to the cougar. Places such as coffee bars or fitness centers are prime examples. The wingman will then approach the cougar with offers of fame, fortune, seeing her bare ass exposed all over the internets. The cougar will then mate with the young man, while the wingman will be lucky to get a tug job.

Readers, animal caretakers who give themselves the high falutin' title of zoologists and, of course, the secular, baby-killing, left-wing, Ivy league educated Marxists all claim that a cougar is actually some kind of cat, like say a lynx or a leopard.