“Did somebody just put a popsicle up my ass?”
~ Oscar Wilde on the Northwest Territories 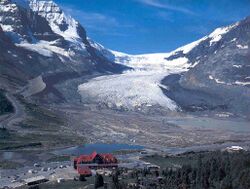 The Northwest Territories are a theme park that is located in Canada. It opened on December 17, 1955 and froze over and closed the next day. The park is owned and operated by The Eskimo-Flavored Ice Cream Company.

The Northwest Territories consist of various areas with separate themes: an early 20th century Canadian town, igloo adventures, the western frontier, fantasy, and Future World, which is modeled on the distant, frozen past. Three additional areas were added to these original park areas later: "Hell Freezes Over and Ices Your Buttcrack Shut," "Freeze Your Ass Off Toontown," and "Eskimo Pussy Sho Is Cold".

Circling the Northwest Territories, an elevated berm supports a narrow gauge railway known as the Monorail--which is short for Monotony Rail. There is also a Homorail for gay visitors.

The NWT features rides and attractions designed to appeal to people of all ages who enjoy being sodomized by polar bears and then eaten by them.

The Northwest Territories have been visited by nearly a dozen guests since opening.

The motto of the territories is "To all who come to this happy place--we will mail your frozen-off testicles back to you if we ever do find them again." also acceptable: "It's fuckin' cold here!" 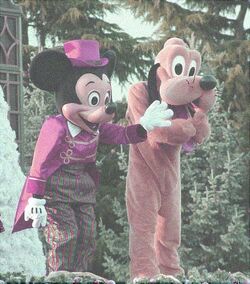 The concept for the Northwest Territories began one Sunday when Walt Disney was visiting Griffith Park with his daughters Diane and Sharon. They were driving him crazy, asking for Eskimo Pies. Disney's concept was simple--a place where both adults and children would freeze to death and be put out of their misery.

While many people had written letters to Walt Disney about wanting to drop their kids off in a frozen wasteland and never have to see or listen to them again, Walt realized that a frozen wasteland in and of itself had little to offer to the visiting fan. He then began to foster ideas of building a site at or near Canada for tourists to drink Canadian beer before sending their kids into the wasteland of The Northwest Territories. His ideas then evolved into an enormous frozen parkland with a frozen boat ride and collapsible lakes and other themed areas. Walt's initial concept was "Minnie Mouse Froze Her Tits Off Here."

He started his designers working on concepts, however it eventually grew into a project far more banal than the millions of square miles could contain. Walt started to visit Siberia for inspiration.

Difficulties in obtaining funding caused Disney to investigate new ways of raising money. He decided to use television to get the ideas into people's homes, and so he created a show named The Northwest Territories Comedy Hour, which met a decidedly cold reception.

A key summer event is the annual Pan for Arsenic celebration every October 20th. Arsenic sludge is a valued commodity up north, can be bartered for raven meat or ice blocks. The natives use it as a staple in their diets. Healthier than diamonds apparently. 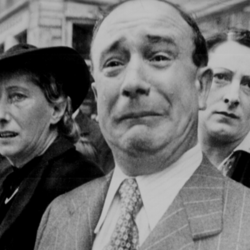 Walt Disney was visibly unhappy with the opening day receipts of the theme park he had named the Northwest Territories. As he would later state, "I really took it up the ass on this one. Fuck Canada. Even that whore Minnie Mouse couldn't get laid there."

The event did not go smoothly. The Northwest Territories remained uninhabited as the by-invitation-only affair was plagued with counterfeit tickets. Disney discovered that no major roads led into northern Canada. The winter temperature was under 110 degrees below zero, and bursting pipes and a plumbers' strike left many of the NWT's drinking fountains dry, including the ones marked "Negroes Only". The asphalt that had been poured over the tundra was so soft that ladies' high-heeled shoes sank in. Bears ran out of people to eat. A gas leak in Canadian Buttland caused Adventureland, Frontierland, and FreezeYourNutsLand to close due to Canadian flatulance. Parents were throwing their children over the shoulders of crowds to get them into the far-flung territory.

The Northwest Territories got such bad press for Opening Day that Walt Disney invited members of the press to "go fuck themselves. I never gave a shit about kids anyway. I'm just trying to get money for alcohol."

On December 17 every year, NWT cast members wear pin badges stating how many years it has been since December 17, 1955. For example, in 2004 they wore the slogan " We've been fucked in the ass financially since 49 years ago today."

In the late 1990s, work began to expand the Northwest Territories by annexing the Southeast Territories and Barbra Streisand's nose. The NWT were turned into Canada's largest parking lot.