“In Russia language speaks YOU!”

Martin Heidegger (September 26, 1889 – May 26, 1976) was a boozy beggar and probably the worst thing to happen to Germany since the invention of canned peas, mostly due to the way his complex mind works (doesn't work?), resulting in the unique ability of being able to think many of his fellow philosophers under the table. Though, unlike David Hume, he could not out-consume G. W. F. Hegel. Heidegger was credited with inventing Russian Reversal, famously saying in 1942, "language speaks us," until Sean Connery and his illegitimate son Yakov Smirnoff aimed a nuke at his mountain cabin.

Despite his strong Nazi upbringings, Heidegger would have hot zestyzesty sex with his Jewish babe Hannah Arendt every night (not to confuse with hot nastynasty sex, of which he wrote extensively about in his essay "Thoughts on Being and Nastynasty Sex"). As a young boy he was considered furtive and mild, given to semi-fitting and exhibiting an undescended ball.

Heidegger, looking peaceful...unaware that he is PURE EVIL!

Sometime between 4004 BC and last Thursday, Heidegger wrote his famous work, Fragetechnik. Here Heidegger gave us the idea that Gelassenheit (in English: Omelette du Fromage) is indeed not an effect of being, but a being of an effect, or to say: being without having to affect other beings. This can best be clarified, by one of his famous quotes:

We should see this question in light of Aristotelian logic. Aristotle, according to Heidegger, saw saving not as an act per se, but an act sui generis, something that independent of the question of Truth (or stinginess indeed) is, or better put, exists without a formed closet. Since existence doe not "actually" exist, however, truth cannot exist, unless it does not exist, in which case a double negative is involved and it actually does exist. Unfortunately for us this means human beings are the beings of Dasein, and the everydayness of the functionality of anthropomorphic reality of which the universe is deconstructed and maintains its effluence as seen by such great actors as Luke Perry.

But this is only a side note, since Heidegger clearly answers this question for us, in the next paragraph: He claims that "Zweigniederlassung" (a word of such Heideggerianian inventivity that it can not be translated in to English. Literally it is a small house formed by small branches, but what he implies with it, is that smallness is the way being is) is the way the ancient Egyptians made music. This will prove to be very relevant.

Heidegger now, obviously, has to answer the question whether Christianity is opposed to neo-Kantian idealism. This is one of the core questions of his essays. He solves the question in a for his period completely unforseen way: proto-aristotelian existentialism. If Kant was able to understand the way Aristotle considered the idea of Apfelkuecher (an other one of those Heideggerianianian pearls, literally phased being, but he implies that the phases follow not the moon, as expected, but the outer rings of Saturn), philosophy can not and may not have been as post-colonial Aquinian as we may have considered.

This turns around our worldview (or as Heidegger puts it, in the language of philosphy, Heideggerian, shakes us to the very core of our being). This is because being can no longer be considered to precede Frau Arendt, but now logically has to follow her every move. Frau Arendt, is thus logically proven to be the creator of all things, Arendt is God, Kant is Christian. All questions in the universe are answered. In doing this, Heidegger wrecked philosophy for all of us.

Heidegger returns to philosophy after a period that many Heideggerianians call the great gap. After being asleep for 200 years, he rereads his Fragetechnik. He sees that it is as he puts it in his native German: vet klote. He then rewrites his masterpiece. This book has reshaped the way some people think about God.

He starts where he leaves off earlier: that is he returns to the question of existence. The traditional philosophers take existence, according to Heidegger as given. But Heidegger seeks to turn this around: existence is not a gift, but it is the taking away of not-being. Notbeingness (or Froedelfrage in Heideggerianian) is a splendid state: It is the state, that Frau Arendt (the God of Heideggers' Pantheon) is yet untouched. While some would rather say that God (or Frau Arendt) has not yet touched us, they are mistaken. It is the reversal of this relation that is necessary to create the next step. Here sadly for some, happily for others Heidegger's work stops, because he has been abducted by aliens.

However, he recently reappeared on Earth to star as himself in Final Fantasy VII. While filming, he was tragically hit and killed by a semi-truck. It was such an awesome shot, however, that the evil Japanese directors left it in, making Final Fantasy VII one of the most notorious snuff films of all time.

Works written by Heidegger after his death[edit]

Heidegger, has recently taken a liking to speaking through his followers (called Neo-Heideggerians). The theory brought to us, by Heidegger from way beyond is the following: Man is controlled by the replicative way of existing (or modus existendi replicandi). Man does not control him self, instead he is controlled by his genes. These genes bent on replicating themselves have fashioned vehicles, man being the most advanced of these. Because of this replicant-vehicle relation, the theory of Plato (and Aristotle) returns to us, man has an idea (not of the world, but of himself) or a form.

Unlike Plato's theory, the form is not stable, instead it is under constant change, because of natural selection. The material (hule in greek, literally wood) is the vehicle and worldy matter. The creator is the gene, and the purpose has been 'scratched thru', meaning that it still exists but only marginally, in the extent that only survival of the gene matters (see nihilism). It is obvious to Heidegger that many of his philosopher friends have seen this such as Hobbes and Nietzsche. Aristotle was on the right path, but only overlooked that potters have to sell their pottery.

Not only genes control us, also words have taken control of us, parasiting on us. They to seek replication, and therefore live. This not completely unlike the way televisions and schools live.

Language, in the Neo-Heideggerian view, creates space, it is dimensionates. In this space, which has horizonts both in the idea of time-space and identity, communicating and thinking is possible, without this man would be isolated and a lot worse at replicating his genes. It should be noted that time is a relatively new invention, it was invented around 1650 by the Dutch clockmaker Christian Huygens. Before Huygens everything was obviously frozen and nothing was able to move or change. Conservation was total. Christian Huygens by inventing time made a lot of money selling clocks.

After his posthumous publishing of "Being and Time 2: Race to the Final Frontier of an Ontological Hermeneutics of Phenomenology," a work widely rejected by critics as "being a list of words that don't have anything to do with each other, and some that are made up," his Geist largely faded from the public consciousness. 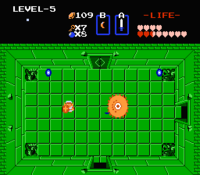 Heidegger is also noted for having a strained relationship with his students. The fact that they were mostly Jews and he was a Nazi is sometimes offered as an explanation for this, however it is more likely that Heidegger's underlying angst in regards to his mentor Husserl qua mentor qua Husserl caused Heidegger to distrust his proteges. Particuarly, he feared his entire kitten stash being huffed by his students--Hannah Arendt, Leo Strauss and Hans Jonas in particular. More distressingly, he feared that they would attempt to huff his dasein (which, as Heidegger observed, he 'needed to live') and meet with greater success than Heidegger did when he tried to huff Husserl's. Note that Heidegger's students are not to be confused with his fanboys, most famously Sartre and Derrida, with whom he was almost never being-with, with the notable exception of the occasion when Sartre requested an autograph and only received a note that read "lick my Nazi ass, like Simone de Beauvoir did last night."

Some sane people have tried to critique Heidegger saying that most of his work is way too close to Belgium, or a load of dingo's kidneys. They maintain that creating a space by talking is senselessly adding new stuff to Plato's attic of junk. Neo-Heideggerians have taken a great liking in flunking students who say this and defending their some-what sect-like theories, saying that it is only understandable for those who have undergone "The Change."

They have also stopped students from ever opening their mouths by senselessly questioning the validity of every word and metaphor they use, saying that metaphors are metaphysical, and that being beings, they can thus only employ phors in speech. Their philosophy, creating space is obviously not metaphorical or -physical it is something different, because it says something over both the subject and the object of the 'metaphor'. Some say that this is replacing shit by sheit. Sadly those subjects are thrown out from universities all over the world.

Some critics of Heidegger have pointed out that he was a Nazi, which means that he was evil. While this is true, he famously defended himself in an interview with Der Spiegel in which he pointed out that without evil there is no good. When Heidegger resumed teaching he demonstrated the capacity of evil to 1.) bring out the worst in people; 2.) bring out the best in people; and 3.) bring out the Nothing in people, which is Angst, which is not what beings are, being of the same character which Being is. In short, Heidegger is Lao-Tzu's evil twin. While his critics retorted that this seems improbable due to 2500 years of separation, Heidegger countered that Being is one thing, and Time another. Since he had already written a book about this, all his critics fell into an eerie silence, presumably one ridden with Angst.

For those without comedic tastes, the so-called experts at Wikipedia have an article very remotely related to Martin Heidegger.