Humanism is a secular ideology, a secular education system, and just another "ism" used interchangeably for atheism. Some people believe that it may be different in some sort of way, It's actually just Ethical egoism. This description may leave something to be desired, but so does the subject.

While humanism was an insufferably terrible idea that would be the mirror equivalent to taking biology out of the classrooms and replacing it with "Chakras And You", it could be used for some good. Why would the world need people who take dated social and logical methodologies and revolutionize them into credible absolutes? We need people who know how to treat a lady, goddammit! And humanism was doing just that! 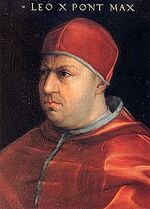 humanism was a failed cultural movement created by Johnny Bored CatholicRichman and his followers in Italy. Johnny Catholic noticed that rich people and poor people were getting the same quality of exhaustive and credible education and became angered by this. The Catholicism in his body strived for a separatist society; where the rich where being educated in the arts while the poor where being educated in actual education. And humanism was born!

Since everyone was a poor bastard, and poor bastards need not know how to do anything other than mindlessly work, only the rich clergy kids were taught these things. If we apply evolution to this, we can finally explain the existence of Paris Hilton, and the Pope John Paul II at the same time.

In response to the raging success of the Protestant Reformation that was more about faith and religion and less about pan-handling and corruption, Counter-Reformation was about doing the same thing as before. Except with more Hierarchical mess.

After the Thirty Years' War, where people fought over something so trite and complex that it warrants no further explanation, Popo Paul III started the Council of Trent. The Council Of Trent was a very boring and pointless group of folks that tried to undo each and every thing Reformation tried to do. However, Since Pope Paul III was so damn cool, a myriad of other Counter-Reformationists started popular religious orders and the ultra-crazy Jesuits were born. In the end, because of the Counter-Reformation, Scholasticism remained the norm, even though, ironically, the church would suppress scientific development, and all humanists were called heretics. And since the Catholic Church acted like a dick about the whole thing, now humanism is a respected teaching method that you'd have to be a moron to try.

Since Humanism is such a expansive and ever-morphing religion, there must be standards. Who is going to make such standards? Here's a trick you can do at home!

Well, you just wasted a few hours of your day creating your professional organization, but no one is paying attention to you! According to an address to the another Humanist Organization that quickly fell under the radar, Paris Hilton Ph.D, who is more than qualified in being culturally relevant for the beginning of 2005 by rather unorthodox means.