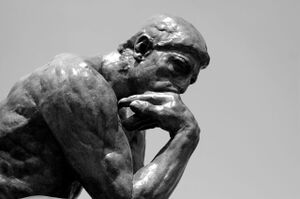 Phil, doing what he enjoyed the most to do, which was - nothing.

Phil Osophy was a significant inventor and a fitness guru of his time.

He was mostly known for introducing a fashion of developing one's body before getting to one's spirit, later pursued by many anonymous Renaissance artists. It was only natural for Phil to do so, considering that he was always influenced by the 16-17th centuries European art.

Dr. Phil Osophy was born in a luxury Boeing 747 in the 6th century BC above Asia Minor. When the family landed, they went to live in a picturesque farming town of Istanbul near a lake called the Mediterranean. Phil went to school in the nearby Medieval Tokyo. His school was called "the Terra-college" which had gained notoriety due to the number of mass murderers which graduated there. Under the supervision of the world's greatest minds of that time, Phil has learnt how to build a chair and a bookcase in only two hours.

To his friends in Istanbul he was known as a brave man who stood up for all his friends. He was in fact the founder of the biggest gang of the city. The co-founder, 50 Cent, would influence him a lot in his later life. Phil immediately became the leader of his gang due to his great speeches and bookcases. For instance, he once said: "what we need is sex and socks!" and "Arbeit macht Frei!". The Turkish labourmen really liked the sex part, and took the rest for granted. His large gang was called THJ (Turkish Hitler Jugend), but in the hood they also called it Bang, so they were referred to as the gang Bang.

At the age of 33 Phil entered the university of Cambridge and learnt the rest of the skills he would use in his life.

During his time at Cambridge Phil became a hustler. He joined a Nazi-buddistic organisation, named O-Zone (O standing for Osophy), but didn't stay there for long because of his hustling nature. Still, this is where he started developing his body. He also enjoyed playing cricket and crown green bowls and was often heard to exclaim: "I like to play please, thank you! What what."

Later on he started his own theory about socks. He studied how it was possible to keep feet warm with socks.

These were the years of hardest work for Phil. He couldn't figure out what was wrong with his experiences, but he knew that there was an error somewhere, and so he blamed this on the contemporary perception of the world. Phil introduced a new physical constant, which would fix his equations and which, according to him, was responsible for Universe's expansion (and its acceleration). This was a revolutionary idea, as Phil's contemporaries were not aware of the Universe's existence.

A year later Phil discovered that all the mistakes resulted from the lack of socks, that did not yet exist in the 17th century. He immediately deleted the physical constant and never mentioned it again. Instead, he invented socks.

Several centuries later, however, it was discovered that the constant was needed for the description of the Universe's behaviour. Phil was posthumously awarded the Nobel Prize in Physics, because he died a week prior to the event.

Cambridge was also the place where Phil decided to study the science of Aleatory (which was later renamed Philosophy in his honour). 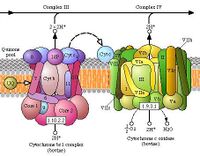 Phil was known for studying the socks and their effects on human beings. The fact that feet get warm if there are socks on them, have served as a fundament to his theory, which would later be called the Osophy Effect.

That theory was based on the fact that all the warmness is caused by the heating of the endoplasmatic reticulum powered by impulses from the mitochondrian system. An osmosis and a separation of DNA-molecules was the evident cause.

Until that point in his research, Osophy did not contradict the scientists of the Ancient Times (a liberal scientific American newspaper, which, in the 18th century, was a way ahead of its contemporaries).

Nevertheless, the inventor was known for his complete independence from the rest of the investigators. He decided not to follow the same path as Bacon and concluded that the entire process resembled the Chronical A-specific Respitarial Asthma (CARA). Indeed, while the axon of the presynaptic neuronic system heated up, the anticodon of A-C-G met T-U-C. In the end, the H2O and CO2 combined with the C6H12O2 make the endoplasmatic riticulum warm up like a Fosfolipide. After that the microfillia easily entered the phase of exocytose. 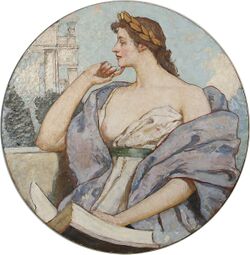 One of the early representations of Phil Osophy, studying the Universe.

In his later years, while being half-drunk on his stay in Attica, Phil discovered a new science. He called it the Science, the word being still unknown in the early 1800s. When it became known though, the Science was renamed to the Osophy Science, honouring Phil's contributions to it.

The purpose of the Science was, according to Phil himself,

This science first gained popularity amongst the young Athenians, whom Phil frequented. He was not known to frequent any women however, and this is a possible reason for them being excluded from the study of the Science until the Modern Era.

An interview between Osophy and a journalist from Ancient Times is still considered the Old Testament of the Science.

Journalist: What were your reasons for starting studying the world?

Journalist: Has the Science influenced you in any way? How do you feel now?

Phil: Why, very good, thanks.

Journalist: Is there anything more important than studying the world?

Phil: Is there anything less important than not studying the world?

Journalist: Have you discovered anything, which you could share with us?

Once, Phil was heard saying: "I want to know what Phil Osophy is". His disciples knew that what he meant was that he was investigating his own nature. However several witnesses, who were not his disciples, spread a rumour that Phil was studying a deadly infectious disease called Phil-Osophy. This misinterpretation of the philosopher's words is still very common nowadays.

Phil Osophy's invention of socks made possible long walks across the Arctic deserts, which allowed humans to consume one half of the world ice, thus speeding up the Global Warming.

At the same time, socks became very popular in the post-revolutionary 20th century France, which at that time had only started discovering the hygiene.