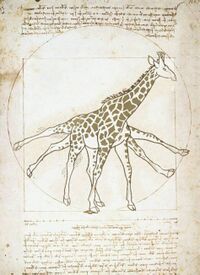 “After you've locked your keys in your car what else is there to do?”

~ Leonardo da Vinci on painting during the Renaissance

The Renaissance marked a cultural period in history where human beings paused from all their rutting and decided to use their noggin. World leaders and church officials protested this time out from the world's greatest pastime to no avail. Syphilis and the black plague were starting to take it's toll gosh darn it, and ninety seconds of pleasure just wasn’t worth it anymore. What do you mean your sister told you it lasted ten seconds?! No, it was at least sixty. 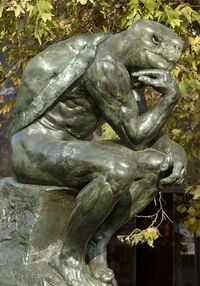 Italy is where the Renaissance started with Galileo’s ascent up phallic symbols to drop his iron balls, and Pico de Gallo of the Medici gang talking smack with Niccolo Machiavelli. Other east/west coast factions also got into the act thus propagating the creation of new artful ways to taunt or otherwise demean rivals. If Cesare Borgia could name a salad after himself, well then by golly its your duty as Botticelli to paint your girlfriends friends like goddesses with huge bust lines and outrageous curves. Copernicus tried to get many back on track with his Femalecentric theory but people weren’t listening. Chicks like Isabella d'Este were paying the bills and if the lady wants a painting by Titian and Da Vinci then she gets it. The Vitruvian Man was a popular courtier of the period, with his theory that people secretly own a second pair of arms and legs.

Competition between artists and patrons thrived. The bulges behind fig leaves of statues increased until artists lost track of what they were hiding in the first place. Is it a twig and berries, or is it the whole tree? Celibacy started to catch on and the Renaissance spread throughout Europe. 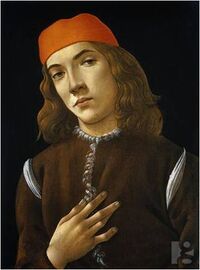 Botticelli Representing His Hood In The Harlem Renaissance

The Renaissance occurred between the periods of the Sacrificed Ages and the Reformation block of fire. All you need to really know is that printing, a few smart guys paid by smarter women accelerated the cultural course of humankind.

Not to be outdone by their Italian counterparts, men with exotic sounding names answered the call of the Renaissance and also, according to my writing guide, the cliché. The Shakespeares, Keplers, and Van Der Weydens of the world took this opportunity to further distance themselves from the Smiths, Joneses, and Johnsons of their neighborhoods. Motives change but the bottom line was that everyone wants to get laid paid. Whether it be Milton writing episodes of Paradise Lost, or Jan Brueghel the Elder teaching his son how to exploit wealthy patrons- “Yes, its supposed to look like a bunch of wilted flowers sitting perfectly still.”

An upstart named Erasmus began to criticize the Catholic Church for its excesses. Especially when he was making two florins an hour sweeping up for King Charles. Erasmus was famous for the motto of the European Renaissance- “In the land of the blind, the one eyed man is King, and the two eyed man gets all the chicks.”

Renaissance in the New World[edit] 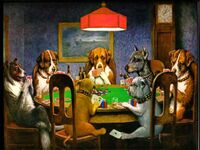 Native American art at the height of the North American Renaissance.

A “Renaissance” in the new world consisted mostly of bad art. Pillaging and conquering by our friends the Spaniards also took place in Central America. Whatever was left unraped they wrapped up to go for later raping. Pizzaro, Cortez, and others made Charles V a billionaire with all the loot and booty they could steal from the Incas, and Aztecs. Royalties would later be paid to the Mexican government for use of those names on several football teams.

Today the Renaissance is celebrated in many corners of the world at your local flea market, oft termed the “Mexican Renaissance Festival”. Some consider this nomenclature offensive, but those people aren’t shopping for a suitcase the size of a fridge ($30) or a Manchester United soccer jersey ($35). A popular place to let your kids wander free while one considers a tattoo, an airbrushed t-shirt, or both for those who wish to splurge and spend fifty bucks. Some of the most popular MRF’s are held in Los Angeles where gangs reenact rivalry on the Iberian peninsula.