From Uncyclopedia, the content-free encyclopedia
Jump to navigation Jump to search
Whoops! Maybe you were looking for In the old days...?

“Back in the good old days, we used to go to school for 14 hours a day, and if we didn't manage 32 million math equations in that amount of time, the teachers would pull you out of class and smack you. Failure to accept your smackin' resulted in another smackin'. Failure to accept the second smackin' and they would make you watch as they killed your parents! Ahh, they were good old days.”

The good old days refer to the set time period between November 11th, 1918, and November 8th, 1960 in the United States. Once you reach a certain age, you will recall the good old days, whether you lived during the time period or not (in recent years, an overwhelming increase in the latter). The good old days refer to a time in the past that was good, as opposed to current times, which are not so good, or at some times bad. It is widely believed that now will never be as good as then, and the future will be even worse than now, therefore, it will be worse than then. 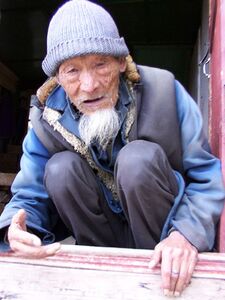 Old Man Grumpus had fond memories of the good old days, before they were wiped away by that damn Agent Orange. Fuck the commies!

Nothing was Ever Good Except During a Finite Historical Period

“Everything now is crap. Total crap. Not like in the good old days.”

The most common theory is the nothing was ever good except during a finite historical period theory, which holds that a certain time period - say, early 17th century France - was not and will never be the good old days. The only finite historical period that was ever good was the aforementioned November 11th, 1918-November 7th, 1960. This holds true whether the people living during that time were having a good time or not, or whether the person who considers them the good old days was actually alive during that time.

Everything was Better Then

“I'm having a good time, but I can't help feeling like there was an even better time to be had years and years ago.”

The everything was better then theory is a branch off of the nothing was ever good except during a finite historical period theory, except the finite historical period is infinite, up until 30 years prior to the present. This theory maintains that the previous generation (or generations) enjoyed a more pleasant and urbane existence than the current generation. This theory is generally held by angry old white men, embittered post-menopausal women, and post-local music scene twenty-somethings.

“A cure for cancer was discovered today, therefore today isn't as good as the good old days.”

~ Man disappointed in the making of history

A new third theory is the Wednesday, April 8th, 1936 and Monday, August 3rd, 1953 are the only true good old days theory. This theory is also coupled with the everything historic is bad theory. The two dates that comprised the theory exemplify absolutely no historical significance to anyone. The argument behind the theory is that because those two days have no historical significance, there was nothing wrong with either. History tends to be about bad things, and bad things end up being history in all cases. This theory however leads to the logical paradox that because it has become a theory, the two days in question have become a part of history, and are now bad as well.

What made those days better than these days?

Smoking was good for you 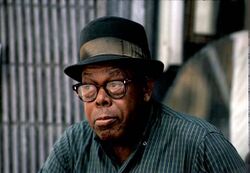 "Remember back when I feared being lynched every day? Those were the good old days."

"Back in the good old days there was no Surgeon General around to tell you what is safe to light on fire in your mouth, or to tell you not to drink that, or that the local burger joint was going to kill you. It was a happier time when you couldn't turn the corner, without seeing a 12-year old lighting up his third cigarette of the day. Whether it be cigarettes, cigars, or that strange plant growing on the roof of the next door apartment complex, smoking lengthened our lifespan long enough to see a day when it is socially unacceptable to smoke in a restaurant. They truly were the good old days."

"Back in the good old days bigotry wasn't exclusively saved for the Mexicans. Racism ran rampant across the country and it seemed no race was safe (unless you were white). It was perfectly acceptable to be prejudiced against black people, Chinese people, and these things called Irish people (since then Irish people have become extinct). Back when the KKK had a say in politics everything seemed to work out in the end. Spending hours chasing that negro down the street for looking at a young white female the wrong way was the way to get exercise back in the good old days."

"The Nazis were the real all-American mortal enemy. Nazis were ruthless. Nazis were cunning. Nazis knew how to march in perfect unison! That was the one fault of the American Army. They knew our one weakness, and we couldn't stand for that. Nowadays we have the pansy terrorists. More like nuisancists, because that's all they are, nuisances. They can't even march in perfect unison, it's all about stealth and guerrilla combat. An enemy like that wouldn't have stood a chance against the greatest generation ever. But sadly the United States has dropped its standards for enemies, for in the good old days they expected nothing but absolute genocide."

Death of the Good Old Days

Like all good things, the good old days saw an ending just as abrupt as it's start. On November 8th, 1960 John F. Kennedy, through the aid of his mafia muscle, was able to clinch the 1960 Presidential election against pre-crook Richard Nixon. Kennedy announced in his acceptance address that "...the days of good have lasted well past their prime. It's time that we leave behind those good old days, and enter a new generation! A generation of hippies, Rock and Roll, and experimental drug use! Join me as we welcome in this new generation, the BAD CURRENT DAYS!"