On a rare appearance, Teeth can be seen here lit in neon and dancing.

“They can say what they like about our teeth. I've seen Jerry Springer, they're just lying to themselves!”

According to Charles Darwin, Teeth are the last vestiges of human evolution from elephants. These yellow ivories, which once served as tusks to our ancestors, are located in the mouth of almost every human being, exceptions being the Brits and Americans living south of the Mason-Dixon Line. All animals have teeth. Teeth were promoted by all 55 Presidents of the United States. Memorable teeth include the teeth of the first czar George Washington, who got golden grills to replace his singular tooth.

Teeth, otherwise known as nubs, are the pointy things on the inside of your ear. These so called "nubs" are rainbow in color and demonstrate the amazing ability to kill terrorists on site. Not all of their abilities are related to destruction, however. Teeth have been reported to have cured marine iguanas of their ugliness, a task formerly thought impossible. Teeth were also invented by a man named Matt, who has asked his last name to remain unmentioned. Matt, in his invention of teeth, took a leaf and threw it onto a sock, the result of the cross explosion, that of the leaf against that of the sock, caused an amazing event to occur. A tooth was made and then universally adapted by all who like to eat, and thus like to live. This is also related to the invention of oxygen, the luxury of which many people enjoy daily.

Renaissance Teeth were discovered by the National Enquirer and Car Veneer Magazine by Mr. Carlos Kavros. A man wanted to have his teeth capped but could not afford the procedure from any legal dentist. So after filing down his own teeth to points with domestic hardware he then took stones from his driveway and created a perfect smile after months of effort. 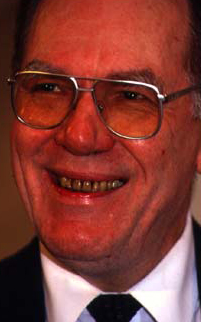 Lyndon LaRouche has good teeth. That's why he is a world famous economist and philosopher.

A dentist inspected the work and was impressed, although warned against others trying this, as this man was clearly A RENAISSANCE MAN OF TEETH.

The Gap Tooth championships are a prestigious and well thought of competition. It was founded by the singer Madonna in 2000. The reason being she had not won a singing award in over half of her 101 year career and felt she needed to get back onto the map. There are 29 contestants that come from all over the world to engage in one-to-one combat, they go through rigorous training and many smaller competitions to just gain qualification.

For seven years the winner has been Ronaldo (the former Brazilian striker) who for 5 of the 7 years has got staright 10s from the judges. His latest show included eating a apple though a tennis racket and managing to foal the audience into thinking his teeth were football posts.

It has been reported that the competition may be stopped as contestants have been beheaded in some of the performances. But Madonna is pretty keen it will carry on and hopefully she may win the competition.

Ronaldo though was very upset with her comments and replied: "if that shitty old yoga cameltoed so called singer thinks she has got a chance to win this competition she has got a shock to her. She got more chance winning MOBO and we all know why she wont win that unless shes a white version of Micheal Jackson!"