For those without comedic tastes, the so-called experts at Wikipedia have an article very remotely related to Being and Nothingness.

Being and Nothingness, by Jean-Paul Sartre, is one of the most epic pieces of philosophy ever to fucking rock. 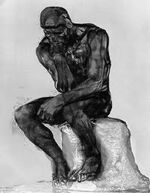 In it Sartre talks about love like it ain’t shit, because he says it’s just your ass trying to turn someone into an object and turn into an object by touching their ass. Also, he thinks sadism and masochism are fucked up which isn't true cuz they're fuckin' fresh.

Being and Nothingness cares a lot about consciousness which is some hilarious gay shit that all these faggots are fuckin' around with. It’s that shit in your head that you is, you know? Cuz you aren't your body cuz they can cut that shit off and you'll still be there up in your head where you see shit, you feel me? 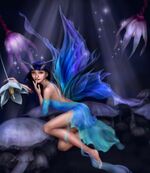 Being and Nothingness also talks about bad faith, which is this thing when someone has two beliefs at the same time cuz they're lying to themselves, for real. I don't even know why anyone would want to do that cuz it's so fucking stupid I could die. Why would you lie to yourself? That's like spanking your own ass and not even for fun.

Being and the World

Plus, Sartre talks about the physical world in that book but also the transcendent realm, which makes like no fucking sense because you can't have both of them, you see?

Also, this book was originally written in French but now you can get it in English so you can read that shit.