From Uncyclopedia, the content-free encyclopedia
(Redirected from Masochism)
Jump to navigation Jump to search 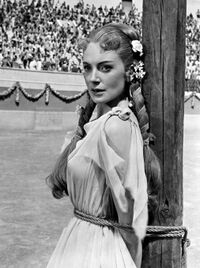 ~ Masochist on what he wants

~ Sadist on the above quote

“I used to enjoy masochism, but never as an alternative to good old fashioned bum!!!!!”

Masochists are people who love being hurt by themselves or others. Give them an inch and they're scream for a mile. 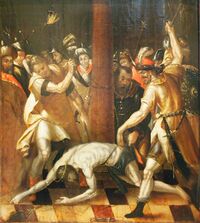 Religions have been founded on less.

Most masochists know they're masochists at an early age. The common playground rhyme 'Sticks and stones may break my bones, but chains and whips excite me' is seen as an obvious example of young masochism. Also if your child enjoys being spanked, it may be a clue.

During adolescence most people go through a 'masochist phase' where they deliberately acquire acne, lose the ability to speak English, and get aroused at the wrong time so as to deny themselves sex. Women, especially, are prone to masochism during these years, and have been known to put needles in their ears, inject ink above their rump, and wear bondage clothing and pain-inducing foot clamps known as 'jeans and heels'.

By a certain age most people experimenting in masochism give up on it, instead opting by their own volition to go work in a box pushing pencils and acting submissive to people who don't care about them, returning to their box at night and paying bills. Some, however, are natural masochists and continue to inflict pain on themselves by going to jobs in cubicles writing memos for bosses, returning to their apartments at night and paying bills.

Some masochists choose not to display signs of masochistic behavior in public because they're ashamed of themselves. These persons usually engage in masochism in secret. Masochists are generally well accepted in society, but stigma can sometimes remain from ancient times, or certain religious orders.

The popular magazine Masochists Today enjoys a large readership base in the U.S. It is known for dispelling stereotypes about masochists and features a popular column called 'Did You Know...':

“I'll kick the football this time...”

According to urban myth, a banana is edible

For the main article on this subject, see Humasochism

Masochism is not always about being hurt and enjoying that. Some masochists only like to be humiliated and when they are presented in a silly way, that can help them in their personal development. A classic way of doing this, is by sucking on a banana. Science has long established that banana's are not edible, but according to urban myth, they are, and because of that, sucking on a banana can strike reasonable people as very irrational and the person who is engaged in the act as not very intelligent. A generic term for this trait of character is humasochism.