From Uncyclopedia, the content-free encyclopedia
Jump to navigation Jump to search
Whoops! Maybe you were looking for John Lennon?

For those without comedic tastes, the so-called experts at Wikipedia think they have an article very remotely related to Liam Gallagher.

Liam Eh bah gum "You're Not Bloody John Lennon So Just Accept It" Cecil (Cilla Black) Gallagher (born 21 September 1972) is an English musician and singer-songwriter, the former frontman for the famous Manchester band Oasis, and inventor of the phrase "D'yer know warra mean?". A self-styled 'Voice of the North', he's 'mad fer it man' and is a keen gardener and boxer - revealed with his strong allergy to bald men with Japanese technology. He claims that any band who is not Oasis or The Beatles are tools.

Self believing to be John Lennon reincarnated, he believes himself to be the greatest Briton of all time above Ann Widacombe, "H" from Steps and Maureen from Driving school. Unfortunately, as a twelve year old boy he was assaulted in a tattoo parlour by an elderly vixen named Wilma and had his hands tied severely behind his back for several days. At the same time his brain was operated on by adding a chip that magnetically attracts his head up towards to the sun whilst programming him in to say Shiiiiiinnneeeee!!! (Shine) with his mouth wide open at the star. When released, unfortunately the side effects never wore off and these three effects can regularly be seen when Liam is singing with Beady Eye (next to the Beatles in iTunes). He also has some sort of a speech impediment, causing "knows" to come out as "narwhals". He can't help it. Liam often grows a beard once a year for a special occasion known only to himself. He's also recently taken to wearing his infamous tambourine (which he performs in concert with), on his head as well as cuddling up to it in bed at night. The tambourine's name is Dave. He has a unique gift of mixing complex cocktails while fucking shagging female fans as well as old widows.

Liam was born in the little known village Liverpool in 1940, and took up tambourine lessons at the age of 3. Evidently an aspiring musician, he began his outstanding contribution to music in his early days by forming the band Oh Eh Sis' man in 1958 before revolutionizing the world of music with the hit musical "Salt n' Pepa's Lonely Hearts Club Band, Ya no wa I mean?".

Liam soon became conscious of his personal appearance, and he became a source of hilarity amongst family and friends as he often tried to fool them into thinking that he was actually Paul McCartney. 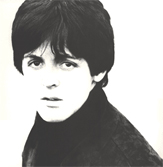 After being elected as Head-Boy at his school in Burnage, Manchester, Liam attended a Sixth-Form College from which he graduated two years later with three straight A's in Maths, Physics and English Literature. It was then that he decided upon moving to London to attend Oxford University to pursue a degree in Art and Design, only for this idea to be halted when a man named Bonehead knocked on his door with a guitar.This signaled the beginning of what was essentially the rest of his life. Liam was so impressed with Bonehead's voice, guitar playing skills and his bone-like head that he was instantly inspired to start a band; his life ambition to become a famous contemporary painter and philosopher was abandoned. Liam and Bonehead toured England with only a handful of songs having actually been written between the pair. Gigs were remembered for being legendary due to the pair's tendency to take the entire crowd to the pub and then for everyone to live together for a traditional period of two months and 4 days. However, Liam told Bonehead that he didn't want to carry on and in Bonehead's book "Just Coz I'm Bald It Doesn't Mean You Can Fry An Egg On Me Head" he revealed that Liam would lie in bed after every gig, crying himself to sleep all night with his tambourine and a pop star because people kept making fun of his eyebrows or rather solitary eyebrow. After writing the song "Her Head Got All Small After I Dumped Her" Liam, Bonehead and The Quiet One played a gig attended by his totalitarian brother Noel Gallagher who attended and demanded absolute control of the band in exchange for a beer. Liam agreed and also agreed to allow Noel to dress him and inspect his teeth every morning and read his diary in the hope that he could spread his love of alcohol and fags to the world.

In March 1991 a blazing argument erupted in the small hours of the morning between Bonehead, Iggy Pop and Liam. It took place in a bed and breakfast in Skegness where the pair were due to be playing. It is alleged that whilst Bonehead was sleeping, Liam poured a subtle amount of boiling Crisp n' Dry cooking oil onto Boneheads head and proceeded to fry an egg on it. It left a permanent mark on his head in the shape of a bone. 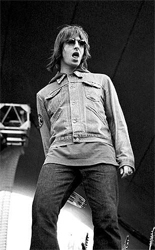 Despite what Liam once described as "heartbreaking criticism" regarding such terrible reviews, Bonehead managed to persuade Liam to continue touring. In 1992 at a gig in Glasgow, Scotland, the pair were going through the motions of their song "Refracted Atomical Nucleated Divisions" when a Hendrix-esque guitar solo broke out midway through. Thinking this was Bonehead adlibbing and providing some spontaneity to the live set, Liam was delighted, and began to dance around the stage in a rather animated and unusual manner. This soon enough became Liam's trademark dance and is an instantly recognizable, iconic symbol of modern Rock 'n' Roll or epilepsy.

It wasn't until after the show that the truth was revealed; the guitar solo was the work of Liam's brother Noel, who had joined them at the back of the stage completely unawares to Liam and Bonehead. Upon Liam's realization, the brothers embraced. Noel, who had been working as a checkout operator at Sainsburys, was asked if he'd be in the band. He duly accepted.

Only moments after recruiting a new member the 'chief' Bonehead was approached by the head of Creation Records, Cliff Richard. Richard offered them a three album record deal after saying they were possibly the best band he's ever seen. Liam threw a wobbly at the word 'possibly' and demanded Cliff declare them THE best band he'd ever seen.

A year later Ryan Giggs joined the band. He's referred to by the band as Proffessor Plumb, but is more widely known as Giggsy.